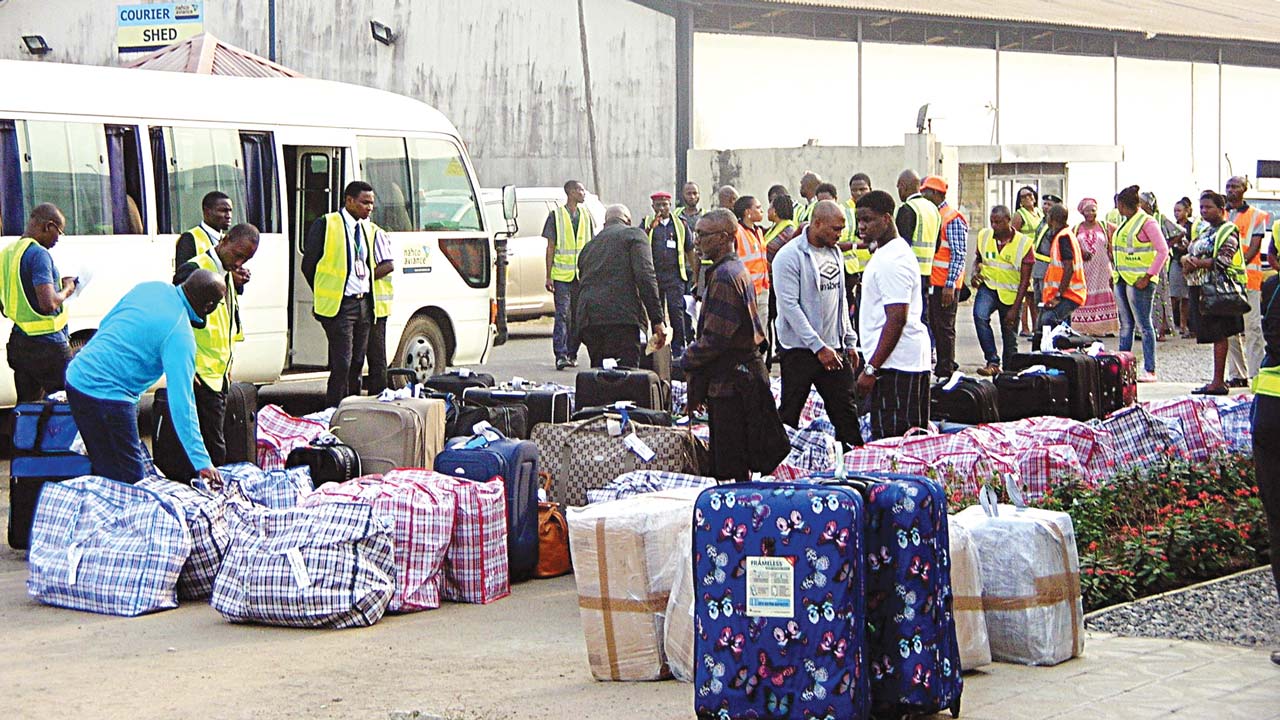 Over 17,893 baggage have been declared either missing or delayed on international flights operated by 33 carriers into and out of the country in the last six months, Nigerian Civil Aviation Authority (NCAA) Director-General, Captain Muktar Usman, has said.

Usman said the regulatory body was getting worried over the ugly trend, urging airlines to evolve ways of addressing the development.

Speaking with The Nation, he said the Consumer Protection Directorate of the regulatory body would address issues affecting passenger baggage.

Besides, delayed or missing baggage, Usman said the regulatory body has warned both domestic and foreign carriers over delayed and canceled flights.

Meanwhile, a new study has revealed Europe as the most popular destination for lost baggage. According to the SITA 2018 Baggage Report, the baggage mishandling rate in Europe is the highest in the world.

For every thousand passengers, 6.94 bags were lost as a result of mishandling last year, well above the global average of 5.57 bags per thousand fliers.

In the United States and Asia Pacific, by comparison, baggage mishandling rates were markedly below the global average at 2.4 and 1.94 per cent respectively.

In one year, the mishandling rate in Europe improved by 13 per cent down from 8.06 lost bags per 1000 passengers in 2016. Over the past decade, mishandled luggage in the continent has dropped by 58 per cent.

Fortunately, this is indicative of a worldwide trend. Baggage handling globally has improved significantly over the past decade. Since 2007, the rate of lost luggage has dropped by a whopping 70 per cent the report found, even with a 64 per cent increase in passenger numbers.

In fact, the global average of 5.57 lost bags per thousand passengers is the lowest rate of mishandled bags ever recorded by SITA.

SITA CEO Barbara Dalibard said smart innovations in technology have been the major driver behind the drop in lost luggage. “Over the last decade, we have seen significant improvements in bag management as airlines have taken advantage of technology,” she said.

These innovations, such as real-time tracking of luggage using RFID technology, have cut the industry’s mishandled baggage costs by nearly 50 per cent from $4.22 to $2.1 billion in just a decade. So as airlines reap the cost benefits, allowing them to invest in tracking technology on a wider scale, the most frustrating thing about travel could become a thing of the past.

US carrier Delta Air Lines said RFID technology has given it a 99.9 per cent accuracy rate in the US. The airline is now planning on rolling out RFID baggage tagging at Heathrow airport in the UK together with airports in France and the Netherlands.

And if those sorts of results don’t sway other airlines into following suit, the International Air Transport Association’s (IATA) Resolution 753 will. The resolution, which came into effect from June this year, set new minimum requirements for baggage tracking.

It stipulates that all IATA member airlines — which represent 83 per cent of global air traffic — will be expected to set up four tracking points for the bag (check-in, loading, transfer and arrival) and share that data with all those involved in a bag’s transportation from beginning to end.

“End-to-end tracking produces data which reveals where improvements can be made in operational processes. While we won’t see a sudden change in 2018, it is a real turning point for the industry as airlines begin to unlock the value of the tracking data for the 4.65 billion bags they carry.”