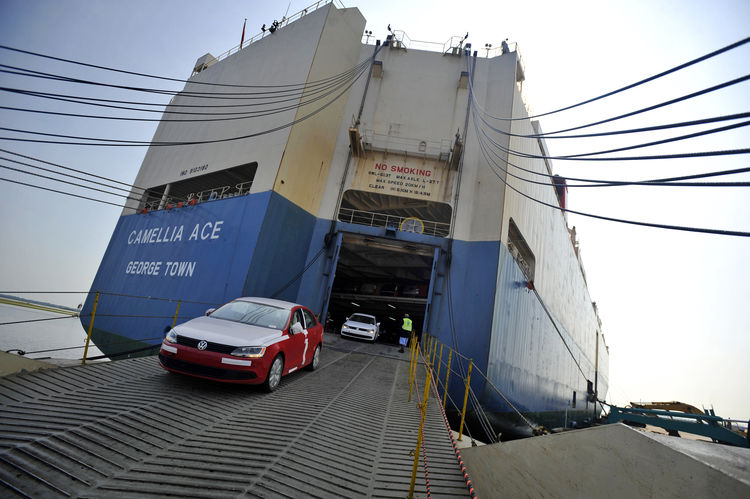 From iconic Harley Davidson motorcycles and American bourbon to machinery and computer processors, the world’s two largest economies have exchanged punitive tariffs that slice through a wide swath of key products.

Starting Thursday at 12:01 am (0401 GMT), the US will charge 25 percent import duties on an additional $16 billion in Chinese products, bringing the total to over 1,000 items valued at about $50 billion in trade a year.

China has responded dollar-for-dollar on hundreds of US goods, putting the total value of affected goods at $100 billion, one-seventh of the total annual US-China trade.

The Trump administration says the aggressive stance is meant to pressure Beijing to change policies that allow and encourage the theft of US technology and unfairly undercut American producers.

The tariffs are aimed at Chinese goods — such as aircraft parts and computer hard drives — that Washington says have benefited from unfair trade practices.

China has accused the United States of starting the “largest trade war in economic history.”

Computers and electronics, and machinery are among the hardest hit, including $1.1 billion in imports of computer processors, and the same amount of electrical machines.

While the top five products from China targeted total about $9 billion, there are dozens of products that have seen no imports — or very small amounts — in the past two years.

Spacecraft, helicopters, microwave tubes, nuclear reactor parts, telescopes, locomotives and retread tires are among the goods subject to tariffs but unlikely to be hit by them in practice.

Ironically, the goods the United States has targeted for retaliation are mostly intermediate products manufactured in China by multinational companies imported by US-based manufacturers, and miss Chinese firms, according to analysis by economists.

Economists with the Peterson Institute for International Economics say nearly all of the US tariffs imposed on China to date are on intermediate goods and capital equipment needed by US industry.

China so far has retaliated dollar-for-dollar, hitting agricultural goods and autos in July, with new taxes on US oil and more vehicles to come Thursday.

The most painful perhaps is the tariff on US soybeans since that chokes off a key export market for American farmers, who shipped $14 billion of the beans to China last year

China has pledged to strike back at 650 different US exports including hybrid electric and off road vehicles, dump trucks, asphalt, MRI machines and motorcycles, among other items on Thursday.

The list also includes beef, pork, many types of fish, and dozens of fruits and nuts.

Harley Davidson, the iconic American hog maker, will bump up the price of its bikes at least 20 percent, a store representative in Beijing said.

The $50 billion in goods now subject to tariffs is only the first round. The office of the US Trade Representative is looking into 25 percent duties on another $200 billion in goods, with hearings underway this week. Those could take effect as soon as next month.

And as China has vowed to retaliate further, Trump has threatened to target all $500 billion in goods the US imports.