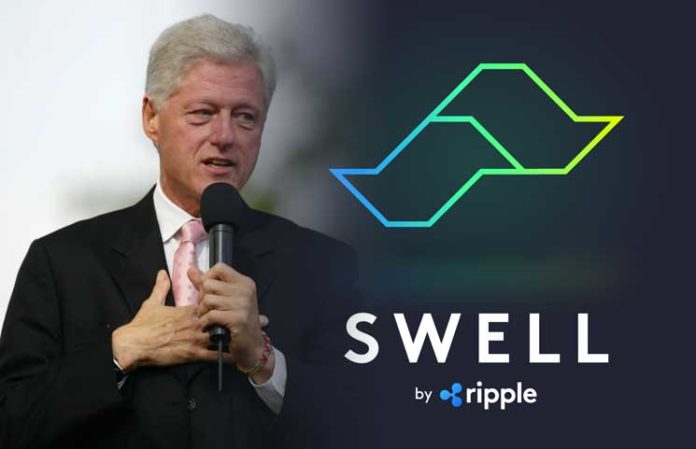 US blockchain company Ripple announced on Wednesday that the former US President Bill Clinton will be the keynote speaker at its ‘Swell’ Conference.

The 42nd President of the United States will address – where the world’s leaders connect in policy, payments and technology.

According to Ripple Clinton has worked on shaping the internet and “established programs that bridged the digital divide.” These learnings, says Ripple, are “perhaps more relevant now than ever before.”

The Ripple went on to compare the early adoption of the internet and growth to the evolution of blockchain technology and the entire cryptocurrency industry. “Like the internet boom of the ’90s, we are at an impasse: digital assets and blockchain technology offer a way for value to be exchanged as quickly as information – creating more financial inclusion and economic opportunity.”

NYDIG, the firm that facilitated MassMutual’s $100 million bitcoin buy last year, has raised $200 million from a cadre of big-name investors.

“The firms participating in this round are more than investors – they are partners, each well known to us for years,” Robert Gutmann, co-founder and CEO of NYDIG, said in a press statement. “NYDIG will be working with these firms on bitcoin-related strategic initiatives spanning investment management, insurance, banking, clean energy and philanthropy.”

NYDIG burst onto the scene in December as the firm that got an 169-year-old insurance institution to embrace bitcoin in full. MassMutual to a $5 million equity stake in NYDIG at the time.

The firm has since become a key player in catalyzing Wall Street’s embrace of the original cryptocurrency. Just last month, Gutmann said NYDIG will likely manage over $25 billion in bitcoin on behalf of clients by the end of 2021.

In Monday’s announcement, Gutmann offered a tease of sorts: “In the months and quarters ahead, look out for an explosion of innovation in bitcoin products and services delivered by NYDIG, in partnership with our new investors.”