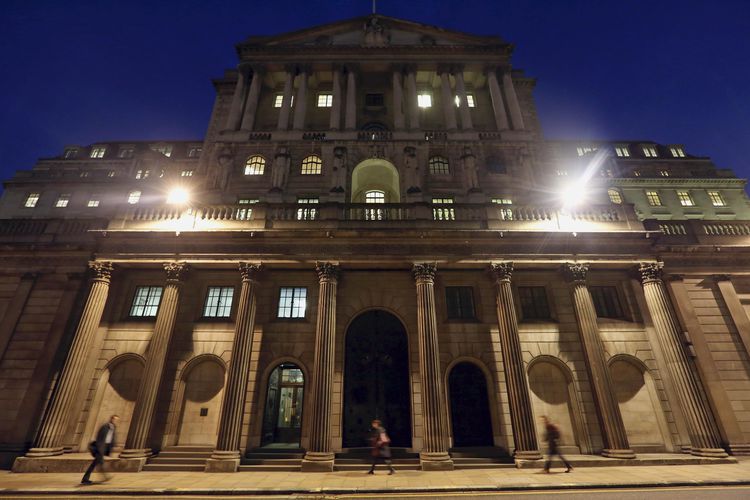 The Bank of England led Monetary Policy Committee raised interest rates by 25 basis points from 0.50 percent to 0.75 percent on Thursday, the highest level in nine years. Suggesting that rising inflation rate remained a concern than the possibility of a disorderly Brexit.

According to the Governor of the Bank of England, Mark Carney, a modest tightening is appropriate as domestically generated inflation build-up amid a possible rise in demand.

Therefore, “With domestically generated inflation building and the prospect of excess demand emerging, a modest tightening of monetary policy is now appropriate,” the BOE governor told reporters in London on Thursday. “The Bank is well-prepared for whatever path the economy takes, including a wide range of potential Brexit outcomes.”

The apex bank left rates unchanged in May after the economy grew at a slower pace of 0.2 percent in the first quarter, however, Governor Mark Carney led committee now believe the economy would grow at 0.4 percent rate in the second quarter and maintain that level of expansion throughout the year.

The bank lowers its global growth forecast but expects the U.K. economy to expand at 1.4 percent this year and average about 1.75 percent a year through 2020, a 0.25 percent higher than the 1.5 percent long-term potential.

However, it is uncertain if the timing of the rate increase is right going by the BOE’s global growth projection. The bank expected global growth to slow down amid trade tensions and uncertainty, yet raise interest rates in a period oversea demands are likely to slow down.

Again, the bank sees inflation rate slipping back to 2.2 percent in 2019 from an average of 2.3 percent before settling at its target in 2020. Still, it is preparing for all possible scenerios post-Brexit in the same year.

“An ongoing tightening of monetary policy over the forecast period would be appropriate to return inflation sustainably to the 2 percent target at a conventional horizon,” the central bank said.

The pound declined as investors sold off their holding following Carney’s comment that the BOE is prepared for all scenarios at a ‘critical period’ like this. The pound dropped 0.8 percent to $1.3024 against the U.S. dollar as of 1:04 pm Nigerian time.