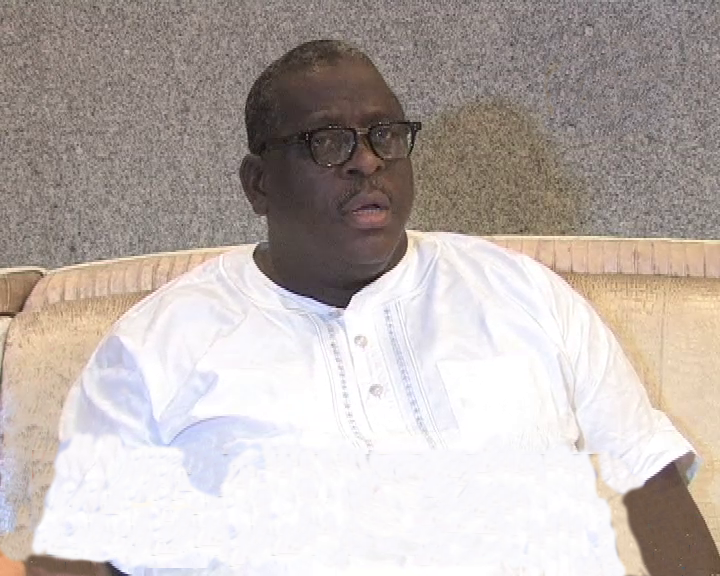 The National Executive Committee of the Peoples Democratic Party has approved the expulsion of Senator Buruji Kashamu and three others from the party for hobnobbing with the opposition.

Those expelled with Buruji, who represents Ogun East in the Senate are Semiu Sodipo, Bayo Adebayo and Segun Seriki.

They were alleged to have worked with the opposition in Ekiti State to deny the PDP victory in the election.

“The party took disciplinary action against its members who have been hobnobbing with the All Progressives Congress in ways that were detrimental to the interest of the PDP,” the National Publicity Secretary of the party, Mr Kola Ologbondiyan, said.

The NEC meeting, which was presided over by the National Chairman of the PDP, Prince Uche Secondus, was attended by governors and other members of the party across the six geopolitical zones.

The PDP NEC also set up a committee to look into the possibility of changing its name before the conduct of the 2019 general elections.

Ologbondiyan stated this after the 80th meeting of the NEC in Abuja on Monday.

Though he refused to give the name of the chairman of the committee and its members, an investigation by our correspondent, however, showed that it is headed by the Deputy President of the Senate, Senator Ike Ekweremmadu.

Ologbondiyan said that the committee, which is known as “Harmonisation Committee,” was not given a deadline within which to submit its report.

He also said that the meeting approved that members of the Reformed All Progressives Congress be absorbed into the party.

He said that the committee was set up based on the discussions the national leadership of the party had with those willing to join it ahead of 2019 general elections.

He said, “The NEC constituted a committee on harmonisation and to commence the process of name-changing and rebranding. The names of members of the committee will be made known soon.”

Asked if the committee was given a time frame, he said no, adding that the issue at hand did not warrant issuing a deadline.

He said, “We have no deadline. The issue at hand does not warrant a deadline at all. We can call you tomorrow or even on Thursday and say we have approved this or that. So, don’t talk about a deadline.”

He said that the party also approved the decision of the leadership of the party to challenge the outcome of the Ekiti State governorship election in court.