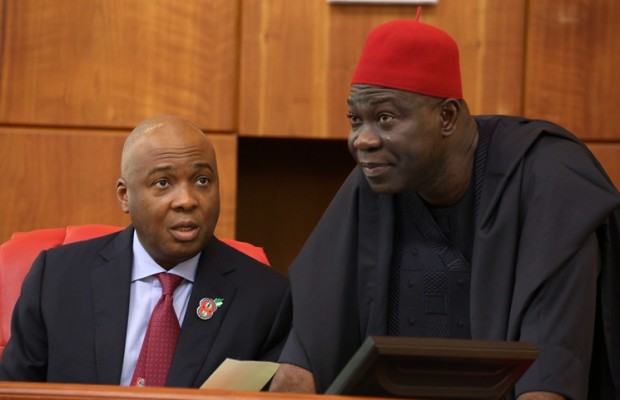 This comes as Senate President Bukola Saraki has argued that the proposed legislation aims to curtail fake news.
At a public hearing on the bill in Abuja on Monday, media stakeholders under the aegis of Nigerian Press Organisation (NPO), argued that if passed, it will restrict press freedom in the country.

According to an argument advanced by the Senate committee, the new bill seeks to “expunge perceived draconian provisions of the extant law, amend some to fit current sensibilities, and insert new clauses to situate the practice of journalism inna modern context, in line with global standards.”

It further argued that it “would grant autonomy to the NPC, while creating an institutional framework for the enforcement of ethical codes and standards, as regulated by practitioners themselves.”

However, President of NPO, Nduka Obaigbena, who spoke on behalf of other media organs of the body, said, rather than engage itself in regulating the media, the Senate should “exercise its constitutional obligations as spelt out in Section 22 of the Constitution, by passing laws that will promote transparency, accountability and open government, such as mandatory delivery of the State of the Nation Address by the President and State of the State by Governors on specified days of the year.

“The Senate should ensure there is a law in Presidential and Governorship Election Debates before elections; complete transparency in election funding, including public declaration of sources of election finance by all candidates and political parties and ensuring the integrity of our electoral process.”

President of the Senate, Bukola Saraki, who was represented by the Senate spokesman, Aliyu Sabi Abdullahi, said the upper legislative chamber is advancing the empowerment of NPC to deal with “adverse impact of the so called fake news on the polity, and the potential to heighten tensions with respect to the various subnational conflict situations currently being experienced.”

Saraki said a revived NPC, will be “in a special position to safeguard Nigeria’s democracy from both extremes of the media spectrum. This is why we are working to ensure that the guiding Act endows the Council with all the powers it requires in order to carry out its mandate without hindrance.

“To this end, the bill is an attempt to correct existing deficiencies, revolutionise the NPC, and promote high ethical and professional standards for the Nigerian journalist.”

The position of the Senate President and sponsor of the bill, who doubles as chairman of the Senate committee on Information and National Orientation, Suleiman Adokwe, that the enactment of the bill will be in the interest of the press, was punctured by Obaigbena.

Obaigbena said since the case has advanced to the Supreme Court, the action of the Senate to repeal and reenact the Act, will be subjudice. He maintained that they opted to honour the invitation of the Senate committee out of respect for the parliament.

Attempts by the committee chairman, Adokwe to explain the novelty of the bill, was outrightly rejected by media stakeholders who were present at the hearing.

The existing NPC Act, was established through a military decree in 1992, when Ibrahim Babaginda held sway as head of state.

Lagos HQ for 52% of Chinese Owned Firms in Nigeria