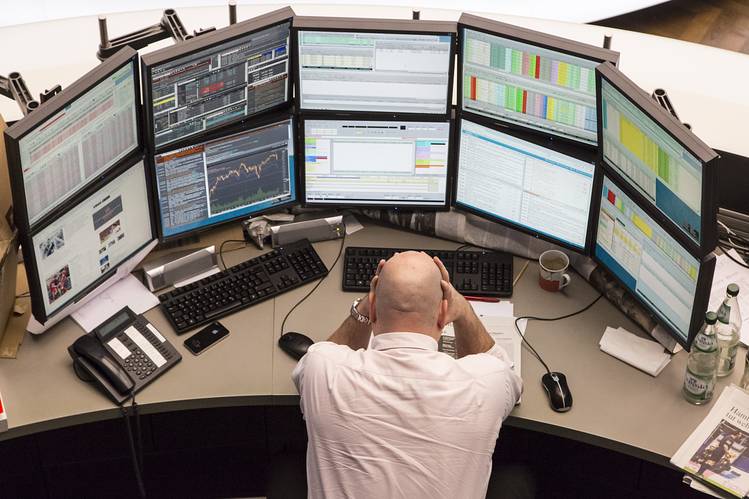 European shares breathed a sigh of relief on Friday with Italian stocks supported after a deal to form a coalition government ended three months of political deadlock and removed the risk of another general election.

Italian stocks .FTMIB rallied as much as 2.9 percent, the standout performers in Europe as Italian banks .FTIT8300 gained 3.8 percent. Recent political uncertainty has roiled Italian stocks, resulting in a slide of more than 9 percent for the Italian benchmark in May, its worst month since June 2016.

Giuseppe Conte was sworn in on Friday as Italy’s prime minister, heading western Europe’s first anti-establishment government. Investors had feared that a repeat vote could become a proxy referendum on Italy’s euro membership.

Shares in Italian banks Banco BPM (BAMI.MI), BPER (EMII.MI), UBI (UBI.MI) and Intesa Sanpaolo (ISP.MI) were among the biggest risers on the STOXX, up between 3.3 percent to 8.5 percent after sustaining heavy losses in the previous month.

However, some market watchers remained cautious given that Italy’s anti-establishment parties, the League and the 5-Star Movement, are planning to spend big.

Italian shares ended off highs, weighed down by a Reuters report that EU lawmakers from the two parties forming its new government coalition backed this week a rejected proposal to set up funds to help countries quit the euro.

A trader at a European bank said the decline was also triggered by tecnhnical factors and a 4.5 percent slump in Fiat Chrysler (FCHA.MI) shares.

Fiat Chysler’s departing CEO Sergio Marchionne delivered a plan to ramp up sport utility vehicles and invest 9 billion euros in electric and hybrid cars in a bid to double operating profit by 2022. Some investors who had expected news about possible spin offs were disappointed.

Elsewhere Spanish equities .IBEX rose 1.8 percent after Spanish socialist Pedro Sanchez was catapulted to power, taking over as prime minister from veteran conservative Mariano Rajoy, who lost a no-confidence vote in the wake of a corruption scandal.

Away from politics, semiconductor stocks were a weak spot after shares in Dialog Semiconductor (DLGS.DE) plunged 15 percent. The chipmaker said that Apple was planning on cutting smartphone power chip orders, which will shave 5 percent off Dialog’s 2018 revenues.

“Becoming more positive for the investment case remains difficult due to the uncertainty related to the company’s Apple business,” analysts at Baader Helvea said in a note.

Elsewhere shares in Deutsche Bank (DBKGn.DE) recovered some of the previous session’s heavy losses, climbing 2.8 percent higher following Thursday’s drop of more than 7 percent in the after a report that the U.S. Federal Reserve last year designated the bank’s U.S. operations to be in “troubled condition”.

On Thursday, S&P downgraded Deutsche Bank’s credit rating to BBB+ from A-

Investors Transact $1.7b at I&E Window

Naira Slips Further Against the U.S. Dollar, Exchanges at N740

Naira traded at N740 to a United States Dollar, a decline of N3 from the N737 it exchanged on Friday

The exchange rate of the Nigerian Naira to a United States Dollar declined further at the parallel market, the Nigerian black market for foreign exchange (forex), on Tuesday.

The local currency traded at N740 to a United States Dollar, a decline of N3 from the N737 it exchanged on Friday.

Persistent forex scarcity amid growing economic uncertainty ahead of the 2023 general elections continues to drag on the local currency. Also, a series of economic policies instituted to arrest the situation had either compounded the woes of the local currency or generally ineffective.

In an effort to rein in inflation and simultaneously lure foreign investors into the Nigerian economy, the CBN-led monetary policy committee raised interest rates by 150 basis points to 15.5%, a position widely contested by most economic experts and stakeholders.

However, the CBN had insisted that to sustain capital inflow at a period when global economies are aggressively raising interest rates, Nigeria also must improve borrowing costs to ensure global investors look the country’s way, especially given that foreign revenue from crude oil had dropped significantly with rising oil theft.

Still, experts think it would hurt new business creation, new job creation, new investment and generally, the state of the economy as evident with the stock market in recent weeks.

China, the world’s largest importer of the commodity, is struggling with growth following reports of COVID-19 lockdown and strict restrictions in key commercial cities. Few of the economic data released in recent weeks pointed to declining growth in the world’s second-largest economy.

The cryptocurrency space remains bearish despite a few gains here and there. Bitcoin, the world’s most dominant cryptocurrency, appreciated by 0.53% in the last 24 hours to $20,078.66 a coin.

In a statement published on his official Twitter handle @KwasiKwarteng, the chancellor said “from supporting British business to lowering the tax burden for the lowest paid, our growth plan sets out a new approach to build a more prosperous economy.

He explained that his administration’s energy policy will support households and businesses with their energy bills. While the decision to cut taxes to put money back in the pockets of 30 million hard-working British people would help grow the economy.

The British Pounds responded positively to the news as it gained against the United States to close at 1.1333 on Monday.

On this day, 62 years ago, Nigeria got her independence from the defunct British Empire. The country did not however adopt a new currency until 1973. On the 1st of January 1973, the British pound was officially changed to the Naira as Nigerian currency at an exchange rate of £1 to N2.

Nigerian naira was very strong at the time that it was ranked ahead of the U.S Dollar. To buy one dollar in 1973, you needed just 65 kobo. Between 1973 to 1985, the Naira was so strong that you never needed up to a naira to buy a dollar.

However, in 1986, as a twist of fate, Nigeria found itself in a perilous situation. The economy started declining after the military regime of General Ibrahim Babangida requested a bailout from multilateral financial institutions.

The International Monetary  (IMF) was Babangida’s point of call. However, like a devil, IMF would not give him something without taking something in return. IMF gave him a Second Tier Foreign Exchange Market (SFEM) as part of the reform that Nigeria must undertake.

As a military desperado who was looking for a bailout and international acceptance, Babangida obliged to the conditions.

SFEM, thereafter, served as Nigeria’s second official foreign exchange market which was opened to both Nigerians and foreigners.

Before SFEM, it was the sole duty of the Central Bank of Nigeria (CBN) to fix the exchange rate. The CBN at the time was meticulous in its job by restricting importation and implementing closely monitored foreign exchange control. These had helped the naira to trade fairly strongly against the dollar in the 1970s and early 1980s.

It was popularly believed that IMF was not comfortable with the CBN’s oversight over the foreign exchange.

The Naira decline did not stop with the exit of General Ibrahim Babangida. By the time he left the Aso Rock, Nigeria’s economy was already in shambles. His exit which people hoped will bring some relief only brought more hardship as General Sanni Abacha overthrew the interim government of Chief Earnest Shonekan.

Abacha’s regime was characterised by widespread embezzlement of public funds in dollars. There was corruption in almost all facets of the economy. From government offices to banking institutions. Little wonder the country still receives some of his oversea stash funds to date.

General Sanni Abacha closely monitored the CBN and ensured the dollar was majorly made available to himself and his friends. The CBN introduced the Autonomous Foreign Exchange Market in 1985 to closely monitor the movement of dollars. The thirst for importation drastically reduced which made the official rate of naira to dollar stand around N22 to $1 for five years which Abacha used in power before his death.

However, the commercial banks picked a flaw to exploit AFEM. Since the CBN’s AFEM requires all commercial banks to request dollars from the CBN, bankers came up with what was known as ‘blended’ rate.

For instance, if an importer requests $2 million from its bank, the bank will inflate the figure to $5 million knowing full well that CBN will likely not approve the full request. If CBN approves $3 million, the bank thereafter will pay their client and take the remaining $1 million to the black market where they can make more profit from dollar arbitrage.

At this time, the black market otherwise known as the parallel market was booming and striving hard. Many banks made fortunes from this dollar arbitrage.

In 1999, when Nigeria returned to democracy, the Olusegun Obasanjo regime met naira to dollar exchange at N22 but by the time he left in 2007, you will need N125 to buy $1. The fall of naira has since then continued till date.

It would be recalled that the present administration met dollar to naira exchange at the rate of N197 to $1.