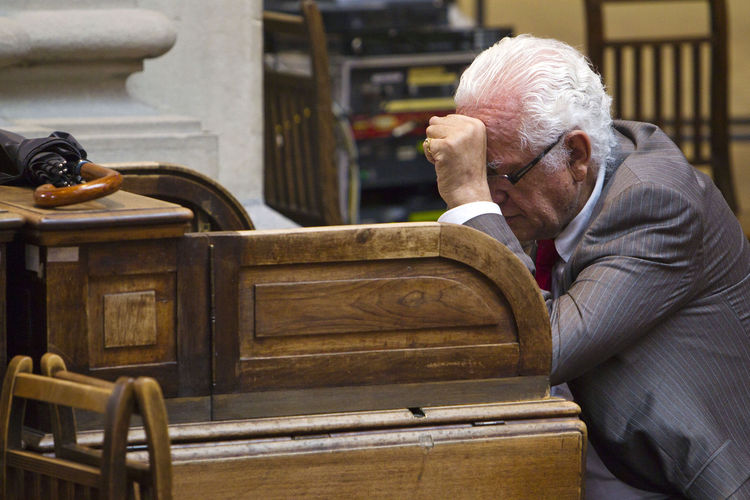 A deepening political crisis in Italy, the euro zone’s third biggest economy, fuelled a selloff in Italian assets and the euro on Tuesday that was reminiscent of the euro zone debt crisis of 2010-2012.

Short-term Italian bond yields were set for their biggest one-day jump since 1992 IT2YT=RR, while Italian and wider euro zone banking stocks headed for their worst day since August 2016 .FTIT8300. At an auction of six-month debt, the government had to pay investors the highest yield in more than five years.

The moves come after Italy’s president appointed a former International Monetary Fund official as interim prime minister, with the task of planning for snap polls and passing a budget.

Investors believe the election will deliver an even stronger mandate for anti-establishment, eurosceptic politicians, casting doubt on the Italy’s future in the euro zone.

Italy’s central bank chief warned on Tuesday that the state was only “a few short steps” from losing investors’ trust.

Ratings agency Moody’s warned that Italy was likely to face a downgrade if a new government pursues fiscal policies that do not put debt levels on a sustainable downward path.

While the 5-Star Movement and far-right League have dropped plans to take power, they have now switched to campaign mode. 5-Star has called for protests against President Sergio Mattarella’s rejection of the parties’ nominee for economy minister, Paolo Savona, who has argued for Italy to quit the euro.

So far, the European Central Bank’s bond buying programme has provided a powerful backstop to euro zone government debt, but latest market moves suggest this buffer may have lost its punch.

The closely-watched Italian-German 10-year bond yield spread, seen by many investors as an indicator of sentiment towards the euro zone, was at its widest since June 2013. IT10YT=RR DE10YT=RR.

The spread rose above 300 basis points, having almost tripled from end-April levels around 115 bps. In 2011, at the height of the euro debt crisis, that gap was at 560 bps.

“With such an unclear Italian political situation, investors will continue to demand a significant uncertainty premium,” said Isabelle Vic-Philippe, head of euro government bonds at Amundi, one of Europe’s largest investors.

Italy’s 2-year yield spiked more than 150 bps to 2.73 percent, while 10-year bond yields jumped 50 bps to their highest level in over four years at 3.38 percent IT10YT=RR. Italian bond yields traded above U.S. Treasury yields US10YT=RR for the first time in almost a year.

The cost of insuring exposure to Italian risk in the five-year credit default swaps market rose to a 4-1/2 year high of 225 basis points, a jump of 49 basis points on the day, data from IHS Markit showed.

A rush to safe havens briefly pushed Germany’s 10-year bond yield to 0.19 percent DE10YT=RR, its lowest in more than a year.

The rise in borrowing costs and potential knock-on effects on the euro bloc saw money markets further trim bets that the ECB will raise interest rates in June 2019. They now bet on a 30 percent chance of a 10 bps rate rise that month, half of what was priced last week.