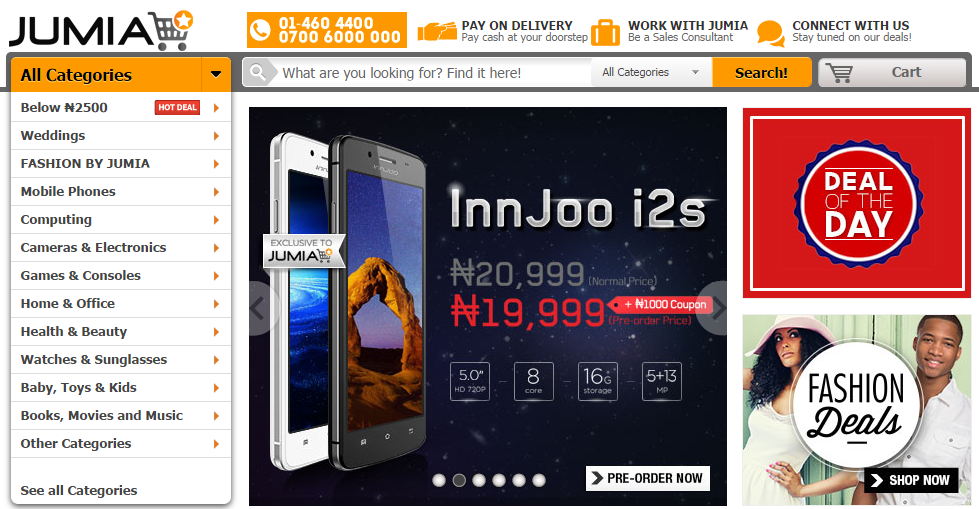 The sale of smartphone increased by 70 per cent between 2016 and 2017, the latest report by Jumia has shown.

This trend is as a result of the reduction in the average price of smartphones year-on-year, according to the ‘Jumia 2018 Mobile Report’ unveiled on Thursday.

Commenting on the findings of the study in Lagos, the Chief Executive Officer, Jumia Nigeria, Juliet Anammah, stated that the drop in prices had made smartphones affordable and available to more consumers.

She said despite the economic recession and reduction in the disposable income in the past year, people spent more on mobile phones.

“Though some people cut down on some expenses due to the economic downturn in the country, people voted with their pockets that one thing they won’t do without was their smartphones,” Anammah stated.

She also listed a growing market for second-hand devices and the increasing use of social media sites by active social media users as contributing factors for the smartphone patronage.

The report noted that Asian mobile brands continued to build on their Africa-specific strategy by introducing lower-price-point smartphones adapted to the profiles of African users.

The study showed that the brand of smartphone that recorded most sales on the Jumia platform was Infinix due to its low price points.

Other bestselling smartphones in Africa, according to the report, are Tecno, Samsung, Apple, Fero and Leagoo.

The Chief Transformation Officer, MTN Nigeria, Mr. Olubayo Adekambi, stated that the major factor fuelling the increase in the adoption of smartphones was “the expansion of e-commerce into a dual business model that blends the physical and the digital to create an ecosystem between brands and consumers across the two worlds.”

In order to ensure that rural dwellers have increased access to Information and Communication Technology devices such as smartphones, the Director-General, National Information Technology Development Agency, Dr. Isa Pantami, said the agency established an IT Innovation hub, which had the capacity to produce e-literate groups from low-skilled or low-paid workers, unemployed people, and those with disabilities.

Patanmi, who was represented by the Head, NITDA South-West, Chioma Okee-Aguguo, stated, “The NITDA has seen in ICT the potential to change new and old forms of economic activity. We’ve created e-learning centres to further enrich the rural communities’ quest for learning and for continuous after-school reading and learning by both the students and teachers, among other initiatives.”