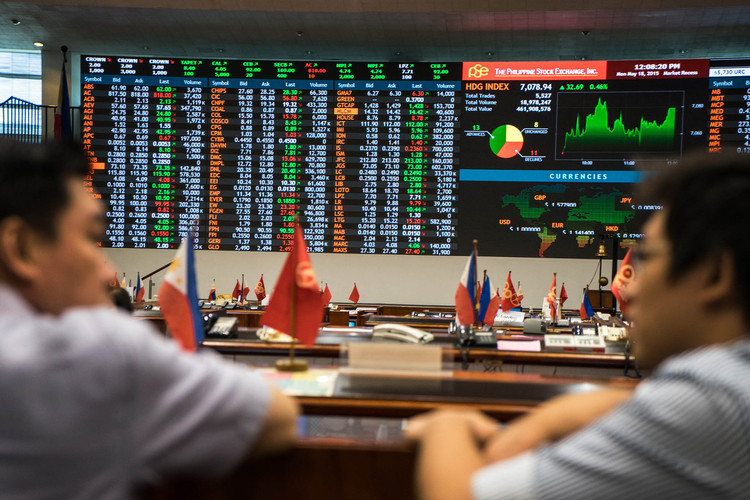 The renewed demand for stocks also made the market to close the week on a positive note with the Nigerian Stock Exchange (NSE) All-Share Index rising by 0.72 per cent to be at 42,876.23. Similarly, market capitalisation rose by 0.82 per cent to close at N15.403 trillion. The growth is an improvement on the decline of 0.16 per cent recorded the previous week.

All other indices finished higher during the week with the exception of the NSE ASeM, NSE Banking and NSE Pension Indices that depreciated by 1.14 per cent , 0.59 per cent and 0.09 per cent in that order.

Commenting on the week-on-week performance, analysts at FSDH Merchant Bank said the market recorded a marginal increase to close positive.

“Activity level was positive in volume and value terms while market breath closed negative. Bargain hunting is likely to be sustained in coming sessions as market outlook remains positive in the immediate term,” they said.

The market began the week with high hopes as it recorded a growth. The NSE Index rose marginally by 0.02 per cent to close at 42,579.48, lifted by the appreciation recorded in the share prices of GTBank, Zenith Bank, UAC of Nigeria Plc, PZ Cussons, and FCMB Group Plc among others.

Commenting on the market, analysts said it traded sideways in today’s session but recorded a marginal gain.

“The market sentiments to the corporate earnings of Total Nigeria, African Prudential and United Capital released today were negative as the stocks experienced sell pressure and closed on offer. Market activity will likely increase in coming sessions with anticipation of corporate earnings of banks,” they said.

In terms of sectoral performance on the first day of the week, three indices advanced while two declined. The NSE Consumer Goods Index led gainers, up 0.8 per cent, trailed by the NSE Insurance Index rose by 0.5 per cent. The NSE Banking Index appreciated by 0.3 per cent.

On the flipside, the NSE Oil & Gas Index shed 2.5 per cent, while the NSE Industrial Goods Index went down by 0.2 per cent.

The market fell on Tuesday due to sell pressure amidst weakening investors’ sentiment. Consequently, the NSE ASI depreciated by 0.66 per cent to close at 42,299.56. The depreciation recorded in the share prices of International Breweries, Zenith Bank, Dangote Cement, Seplat, and Lafarge Africa were mainly responsible for the decline recorded in the index.

Despite the bearish trend, there was increased activity in the market as volume traded inched 14 per cent higher to 438.7 million units while value traded advanced 60.8 per cent to N8.8 billion.

The market rebounded on Wednesday as the NSE ASI jumped by 2.44 per cent to close at 43,330.54. The appreciation recorded in the share prices of Unilever, Nigerian Breweries, Dangote Cement, Stanbic IBTC, and Lafarge Africa were mainly responsible for the gain recorded in the index.

“Market activity and investor sentiments strengthened today. The positive performance of the market was mainly driven by bargain hunting presented by the temporary decline in the prices of some stocks. This trend is likely to be sustained in coming sessions as investors continue to hunt for bargains in perceived undervalued stocks,” according to the analysts.

The NSE Industrial Goods Index led the gainers chart with 4.1 per cent, trailed by the NSE Consumer Goods Index that rose by 2.4 per cent. The NSE Banking Index and NSE Oil & Gas Index also trended northwards, up 0.8 per cent and 0.2 per cent respectively.

But the bullish trend could not be sustained on Thursday as the NSE ASI fell by 1.1 per cent to close at 42,843.38. Profit taking in Dangote Cement Plc (-1.8 per cent), Nigerian Breweries (-3.6 per cent) and GTBank (-2.0 per cent) weighed heavily on the performance. As a result, investors lost N174.8 billion in value as market capitalisation fell to N15.4 trillion. Similarly, activity level declined as volume and value traded fell 35 per cent and 54.9 per cent to 371.2 million units and N4.9 billion respectively.

Performance was mixed across sectors as three indices declined while two advanced. The NSE Oil & Gas Index led gainers, rising 1.0 per cent. The NSE Insurance Index trailed, rising by up 0.1 per cent. On the negative side, the NSE Industrial Goods Index declined 2.2 per cent as investors took profit in Dangote Cement ANGCEM (-1.8 per cent) and Lafarge Africa Plc (-3.5 per cent). The NSE Banking Index fell 1.1 per cent while the NSE Consumer Goods Index depreciated by 0.7 per cent.

The market closed the last day on a positive note, appreciating by 0.08 per cent, bringing the week-on-week gain to 0.72 per cent.

A further analysis of the activity chart showed that the Financial Services Industry led with 1.534 billion shares valued at N17.670 billion traded in 15,208 deals, thus contributing 70.69 per cent and 45.21 per cent to the total equity turnover volume and value respectively. It was followed by the Industrial Goods Industry, which recorded 200.405 million shares worth N6.436 billion in 1,097 deals. The third place was occupied by Conglomerates Industry with a turnover of 188.097 million shares worth N489.453 million in 998 deals.

Also traded during the week were a total of 50,547 units of Exchange Traded Products (ETPs) valued at N4.593 million executed in 12 deals, compared with a total of 111,794 units valued at N1.806 million that was transacted in 10 deals two weeks ago..

A total of 6,574 units of Federal Government Bonds valued at N6.332 million were traded last week in 31 deals, compared with a total of 9,963 units valued at N10.057 million transacted the previous week in 21 deals.

Conversely, Sovereign Trust Insurance Plc led the price losers with 20.8 per cent, trailed by UNIC Diversified Holdings Plc that shed 18.5 per cent. Multiverse Mining and Exploration Plc went down by 17.6 per cent, just as FTN Cocoa Processors Plc and African Alliance Insurance Plc lost 15.9 per cent and 14.2 per cent in that order.