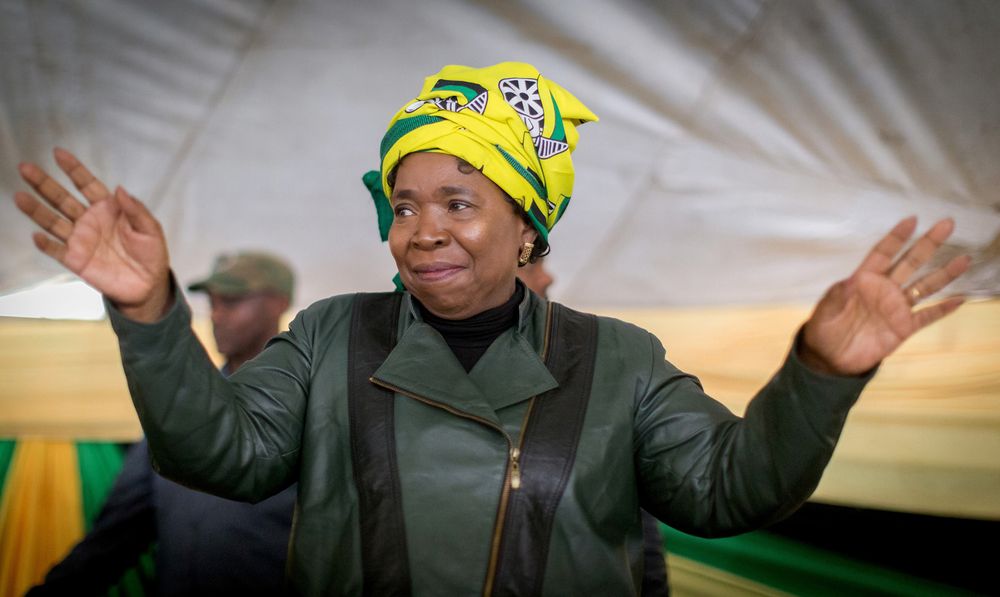 “It would take a lot of work from Dlamini-Zuma to bring that back,” Fitch analyst Jan Friederich said in an interview in London on Friday. Deputy President Cyril Ramaphosa “will really have the benefit of doubt of the business community,” he said.

Dlamini-Zuma and Ramaphosa are the frontrunners to succeed Zuma as leader of the ANC at the party’s elective conference that starts on Dec. 16. The winner will be its presidential candidate in 2019 elections, which will bring an end to Zuma’s second term.

The contest has caused deep rifts within the 105-year-old ANC, weighed on the rand and nation’s bonds. It has added to political and policy clarity which drove business confidence to the lowest in three decades and contributed to the nation losing its investment-grade credit rating from Fitch and S&P Global Ratings this year.

“It is probably not as clear-cut as some people make it that one candidate is associated with policies that will accelerate confidence improvement and the other not at all,” Friederich said. While “there’s no question that the business community has a preference for Ramaphosa,” he would have to deliver, he said.

While current nomination tallies from the ANC’s branches indicate that Ramaphosa has the edge, the party’s voting structure and procedures mean Dlamini-Zuma could still win.

It’s very likely that the result of the ANC election will be challenged in court, Friederich said earlier Friday at a conference.

“It is likely that if Ramaphosa wins, there will be a period of cohabitation with two power centers, with Ramaphosa at the head of the ANC and Zuma will continue to be the president of the country until the 2019 election, and there would be greater political uncertainty,” he said.