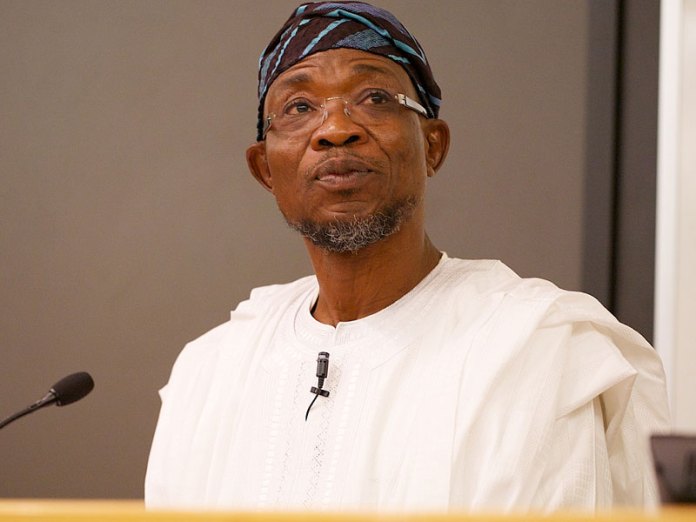 The Osun State Government has signed an agreement worth N216bn with a Chinese firm, Jiangsu Wuxi Taihu Cocoa Food Company Limited, for the establishment of an industrial park in the state.

Aregbesola stated that the partnership with the Chinese firm would support the state in six different investments which include cocoa bean processing; chocolate and food processing; salt processing; cassava starch processing, gold mining and power plants.

The total investment by Jiangsu Wuxiý Taihu Cocoa Food Company Limited in the industrial park is put at $600m and the project is expected to begin in January 2018.

A statement made available to our correspondent in Osogbo on Thursday by his Media Adviser, Mr. Sola Fasure, said Governor Rauf Aregbesola during the signing of the agreement in Osogbo agreed that the state government would allocate 200 hectares of land to facilitate the establishment of the industrial park.

The statement read in part, “On November 28, 2017 Jangsu WUXI TAIHU Cocoa Food Co Limited held talks with the State Government of Osun, Nigeria on the investment in the establishment of Industrial Park in Osun State.

“Through full communication and negotiation, both sides reached resolutions which are summarised as follows: “The Osun State Government of Nigeria agrees that Jiangsu Wuxi Taihu Cocoa Food Company Limited will invest to establish the industrial park in Osun State, which will allocate 200 hectares of land for the park.

“The construction project of Jiangsu Wuxi Tiahu Industrial Park will strictly abide by the relevant laws and regulations of the State Government of Osun and the Federal Republic of Nigeria.

“The government will provide policy guidance for the construction of JiangsuTaihu Wuxi Industrial Park and give support of energy, infrastructure and other aspects. After the completion of the project, favourable tax terms will be given.

“The state government will set up a working group for the construction of Jiangsu Taihu Wuxi Industrial Park, which is responsible for the docking and service with China. The two sides agreed that the project would start in 2018.”

The Osun State Commissioner for Commerce, Industries and Cooperatives, Mr. Ismaila Alagbada, lauded Aregbesola’s commitment to turn Osun State to a commercial hub of the South-West.

He confirmed the progress, which another Chinese investment had made in the cocoa processing industry located at Ede, saying the new partnership on the industrial park would turn around the economy of the state.

He said the company decided to establish the $600m project in the state, having understudied the economic potential of Osun to grow foreign investments.

Liu Jiangsu assured the state of fruitful partnership that would bring change to the economic activities of the state and create a robust bilateral economic relation between the state and Chinese firm.