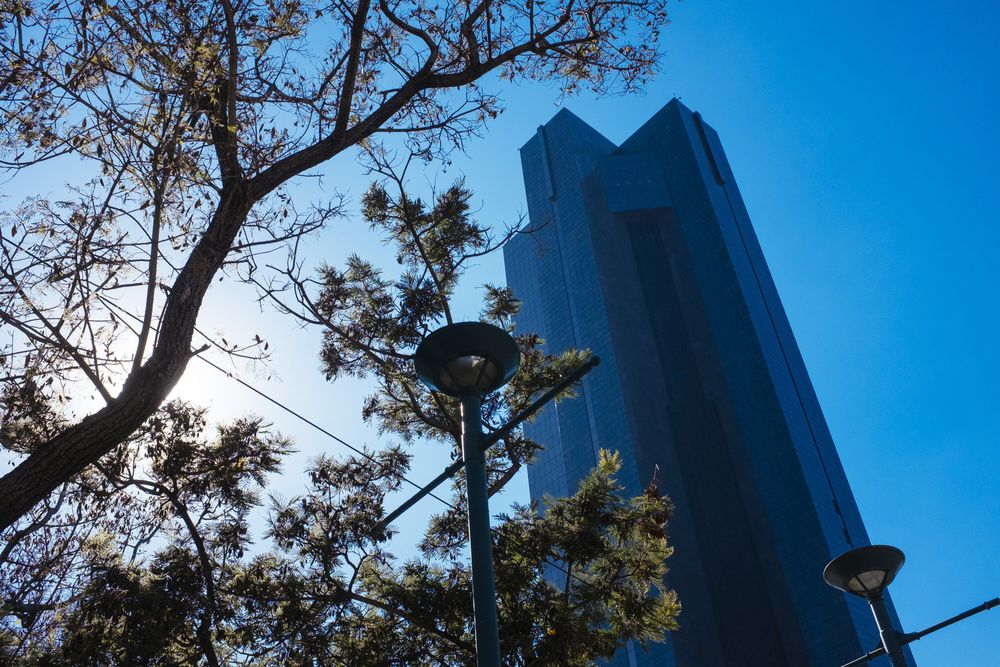 South Africa’s central bank held its key rate and forecast more increases over the next two years as uncertainty about its credit rating and the outcome of the ruling party’s leadership race have raised risks.

The repurchase rate was kept at 6.75 percent in a unanimous decision that matched estimates by all 19 economists surveyed by Bloomberg.

The Monetary Policy Committee cut the rate for the first time in five years in July to support an economy that entered its second recession in almost a decade in the first quarter. Inflation has been inside the central bank’s target range for seven months, but the rand, which has depreciated on concerns about higher public debt and political turbulence before the African National Congress’s leadership vote, has countered the slowdown.

Investors are also bracing for a possible downgrade of the government’s local-currency credit rating to junk on Friday, when Moody’s Investors Service and S&P Global Ratings are scheduled to publish reviews. That may cause a selloff of $7 billion of rand bonds, according to Citigroup Inc., and would raise borrowing costs for the nation that’s selling more debt to plug a widening budget gap.

“The less favorable path of fiscal consolidation could potentially reduce the scope for further monetary policy accommodation,” Governor Lesetja Kganyago told reporters Thursday in the capital, Pretoria. The central bank’s projection model implies three interest-rate increases of 25 basis points each by the end of 2019, compared with one increase previously, he said. This doesn’t imply an unconditional commitment to this path, he added.

The bank expects inflation, which slowed to 4.8 percent in October, to stay inside the target range of 3 percent to 6 percent until at least the end of 2019. It kept the forecast for average price growth this year at 5.3 percent, and increased the prediction for 2018 to 5.2 percent, Kganyago said.

“Tomorrow’s ratings review is crucial — it will have a big impact if we do get downgraded, in terms of the sell-off in the currency and the bond market and higher inflation next year,” Maarten Ackerman, the chief economist at Citadel Investment Services, said by phone. “They are more likely to sit still or start hiking as a result of those developments.”

The rand has lost 5.9 percent against the dollar in the second half, the worst-performing major currency after New Zealand’s in the period. This year, the rand is also the most volatile of all currencies tracked by Bloomberg. It weakened 0.5 percent to 13.8878 per dollar by 4:30 p.m. in Johannesburg. Yields on rand-denominated government bonds due December 2026 fell 5 basis point to 9.34 percent.

Policy uncertainty and political turmoil have stalled economic reforms in Africa’s most-industrialized economy, which exited the recession in the second quarter. President Jacob Zuma made changes to his cabinet twice this year, removing widely respected Pravin Gordhan as finance minister in March and triggering two downgrades to junk for the nation’s foreign debt.

The economy expanded 2.5 percent in the second quarter. The MPC raised its growth forecast for 2017 to 0.7 percent. It sees gross domestic product expanding 1.2 percent next year and 1.5 percent in 2019.

Inflation expectations, as measured by the five-year breakeven rate, have climbed 42 basis points since the Sept. 21 MPC announcement. Forward-rate agreements starting in 12 months, used to speculate on borrowing costs over the period, show investors are pricing almost a percentage point of rate increases by the end of next year.

The bank increased the crude-price assumptions in its model for next year and 2019.

“The chances for a rate cut are diminishing based on the weaker rand and the Reserve Bank’s oil-price expectations,” Elize Kruger, an economist at NKC African Economics, said by phone.