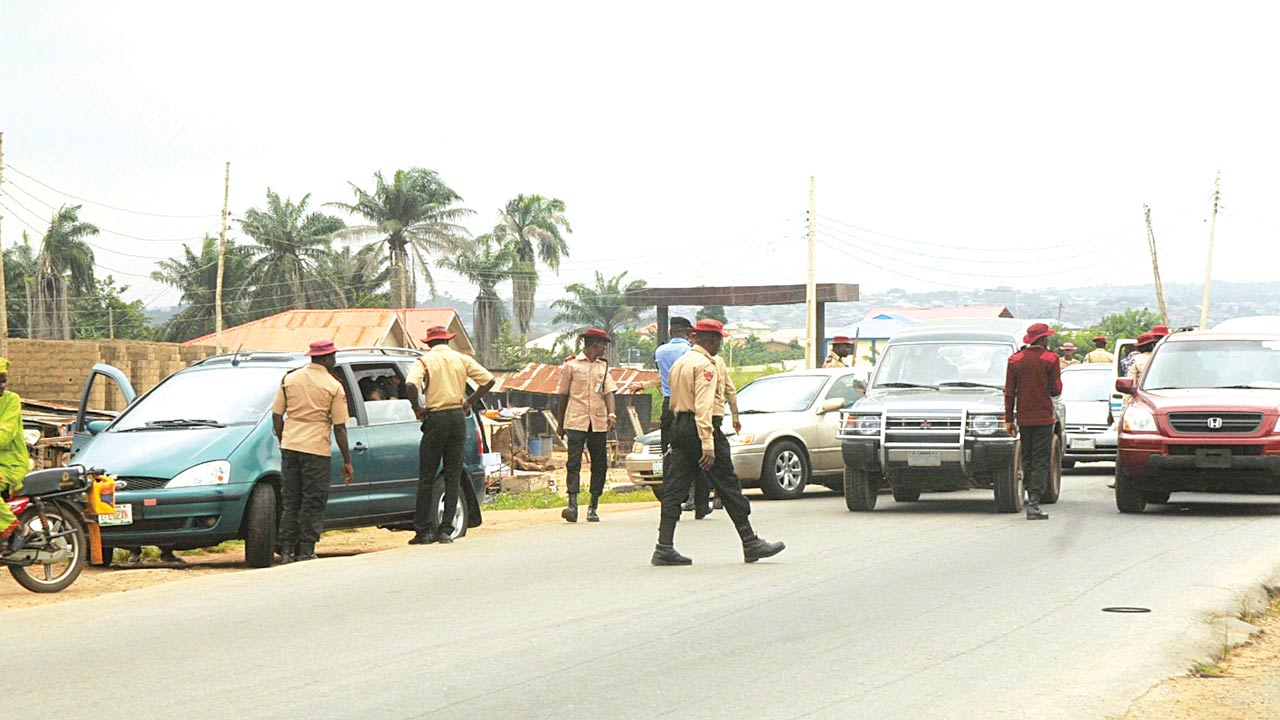 The Federal Road Safety Corps has said it will set up emergency road camps in Lagos to ensure prompt response to cases of road crashes and obstructions.

The Lagos Sector Commander of the FRSC, Mr. Hyginus Omeje, made this known at the flag off of the 2017 FRSC/Guinness ‘responsible drinking’ ember months’ campaign in Lagos.

He said that the camps would be located at Ojota, Ojodu, Lekki, and Iba, adding that it would accommodate security operatives who would be on 24-hour duty.

Omeje said the establishment of the emergency camps and the campaign were in line with the core mandate of the FRSC in educating the motoring public on the proper use of the highway, as well as strengthening operations along the highways in anticipation of traffic upsurge during the ember months.

“It is pertinent to note that the set legal limit for alcohol consumption in Nigeria is 0.05g/100ml blood alcohol concentrate,” he said, adding, from December 2015 to October 2017, 49.3 per cent of the number of drivers who tested positive to driving above the legal BAC limit were bus drivers.

According to him, from January 2018, the campaign would run persistently throughout the year, to correct the notion that drivers should shun drink-driving only during the ember months.

Ndegwa, who stated that the campaign was one of the ways Guinness was giving back to the society, said adequate awareness would be provided to drivers through the media and structured training.