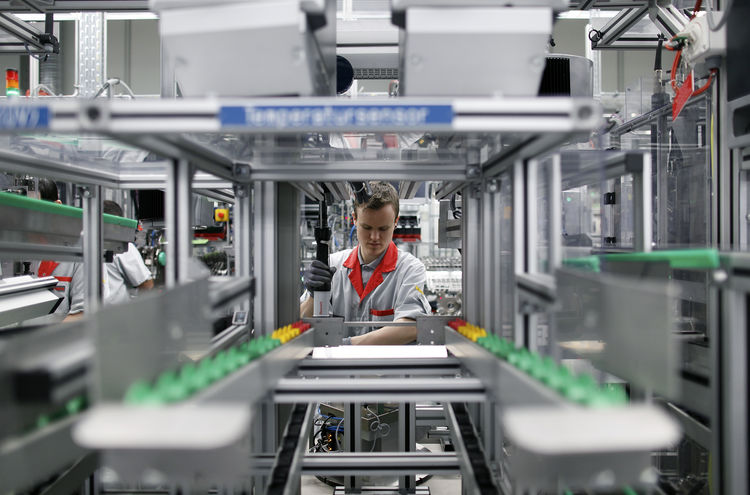 German economy expanded faster than projected in the third quarter of the year, according to the Federal Statistical Office report released on Tuesday.

The Europe’s largest economy remained consistent since the first quarter of the year, largely due to rising oversea orders and improved global economic growth.

“While state and household consumption remained roughly on the previous quarter’s level, gross capital investments contributed to overall growth,” the office said. “Especially investments in equipment rose in the quarter.”

Increasing factory demands continued to strengthen new job creation, factory production and helped facilitate economic expansion in the quarter, as trade balance had a positive effect on the economy when compared with the previous quarter.

Accordingly, a total of 668,000 jobs were created in the quarter, bringing the total number of employed persons in the domestic territory to 44.5 million. This was 1.5 percent higher than what was obtained a year ago.

According to the report, economic growth rose 2.3 percent year-on-year in the quarter, also better than the 1 percent growth rate recorded in the second quarter.

The strong growth further validated Germany healthy economic momentum, even with the rising uncertainty in the region due to Brexit negotiation, business confidence in the Europe’s largest economy continued to grow.

“You can feel the German economy is really humming along,” Holger Sandte, chief European analyst at Nordea Markets in Copenhagen, said before the release. “We are looking at a pretty robust picture so that raises the question: where is the speed limit?”

The Euro sustained its gains against the US dollar for fifth consecutive days, rising 0.33 percent to $1.1705 after the report.

However, the renewed bullish trend is likely a temporary pullback aided by the uncertainty surrounding the US tax reform and the incoming Federal Reserve Chair Jay Powell.

U.K. Inflation Holds at 3% as Projected By BoE