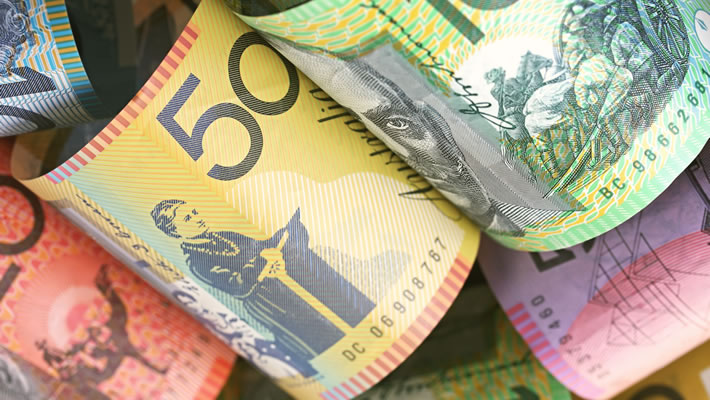 The mixed U.S. economic data and political uncertainty continued to weigh on the U.S dollar. Even though activities in the manufacturing sector rose to a 13-year high in September and services sector expanded at the fastest pace in 12 years last month, the consumer prices rose just 0.5 percent in the month, below the 0.6 percent projected by experts. Suggesting that increased job creation in these sectors has failed to pressure prices enough to validate Federal Reserve’s price projection.

This is one of the reasons the U.S. dollar dipped against its counterparts on Friday and likely to continue this week after President Trump disavow Iran’s deal. However, the weak US dollar should deepen industrial production as seen in August and September, while Saudi Arabia’s decision to cut crude oil export by 560,000 barrels per day in November is expected to further boost gasoline prices and subsequently pressure headline inflation towards the Federal Reserve’s 2 percent target in the final quarter of 2017.

However, the underlying fundamental factors would be temporary in accordance with Federal Reserve’s minutes of September 19-20 that showed policymakers are unclear if factors subduing inflation are just temporary or persistent. Therefore, agreed that incoming data are imperative to rate decision.

Also, even though the odds of rate hike in December may increase with the rise in headline inflation figure, the US dollar may not respond proportionally for two reasons; December rates hike has already been priced in, two, growing uncertainty in the U.S. and President Trump’s inability to push through with tax cut just yet will weigh on the US dollar attractiveness.

Therefore, growing political uncertainties in the country and across the world remains a concern, especially with the whole Euro-area facing populist uprising amid stagnant Brexit negotiation.

This week, I will be looking at AUDJPY, and NZDJPY, NZDUSD, and AUDUSD from last week.

The Australian economy is struggling with weak retail sales and growing household debt that has eroded consumer spending power. However, weak iron ore price, the largest Australian export product also weigh on the economic outlook but investors and businesses are more concern about the Reserve Bank of Australia’s decision to maintain current monetary policy against other nations cutting back on stimulus amid improved global growth.

Despite these headwinds, the Australian dollar remains resilient in strong demand after dropping below 88.17 two weeks ago. One, because of the rebound in China’s import to 18.7 percent in September. Two, the surge in the attractiveness of emerging currencies following the less than expected consumer prices and the president Donald Trump refusal to sign Iran’s deal bolstered Australian dollar attractiveness last week as investors are risk-averse.

However, while the currency has been favoured by growing uncertainties and improved global economic outlook, the Aussie dollar remained overpriced as stated previously and expected to dip against strong currencies like the Japanese yen, backed by strong and growing economic fundamental.

Therefore, despite the Japanese snap election due on October 22, I don’t see the AUDJPY topping the 22-month high of 90.29 after the bearish pin bar established 4 weeks ago. This week, as long as price remains below the 90.32 resistance level, I am bearish on this pair and will look to sell below 88.17 for 86.34 targets.

Improved emerging markets’ outlook bolstered the attractiveness of emerging currencies last week. While I doubt these currencies can sustain current upsurge against the US dollar and Japanese Yen in the long term. I will be standing aside this week to better assess price action and price in Chinese inflation number and revised Japanese industrial production due on Monday.

Similarly, I will be staying away from the EURUSD because of the low volume of trade and surge in risk level due to the growing uncertainty.

This pair failed to break the ascending channel last week. However, with the New Zealand inconclusive election, I do not see NZDJPY sustaining current bullish momentum for long. Therefore, I will be standing aside this week to monitor price action but would be selling at the first sign of wane as long as price remains below 81.02 levels.

The weak US consumer prices aided the attractiveness of the Aussie dollar against the US dollar last week. This week, I will be assessing the response of the parliament and the rest of the world to President Donald Trump’s refusal to sign Iran’s deal on Friday and how this plus China’s consumer prices due on Monday will change AUDUSD outlook going forward. Again, I am bearish on this pair on a long-term as I believe Australian dollar is overpriced but the heightened uncertainty continued to weigh on that projection, hence, the reason  I am standing aside this week.

Similarly, the New Zealand currency surged on growing emerging markets attractiveness and weak US dollar. But while Chinese new credit control policy is projected to affect exporting partners like New Zealand, the currency remains resilient amid rising commodity prices. again, I believe the rebound is temporary and merely aided by the US uncertainty. Therefore, the reason I am bearish on this pair as long as price stays below 0.7214, but I would be standing aside this week to better monitor price action and sell at the first bearish continuation signal.