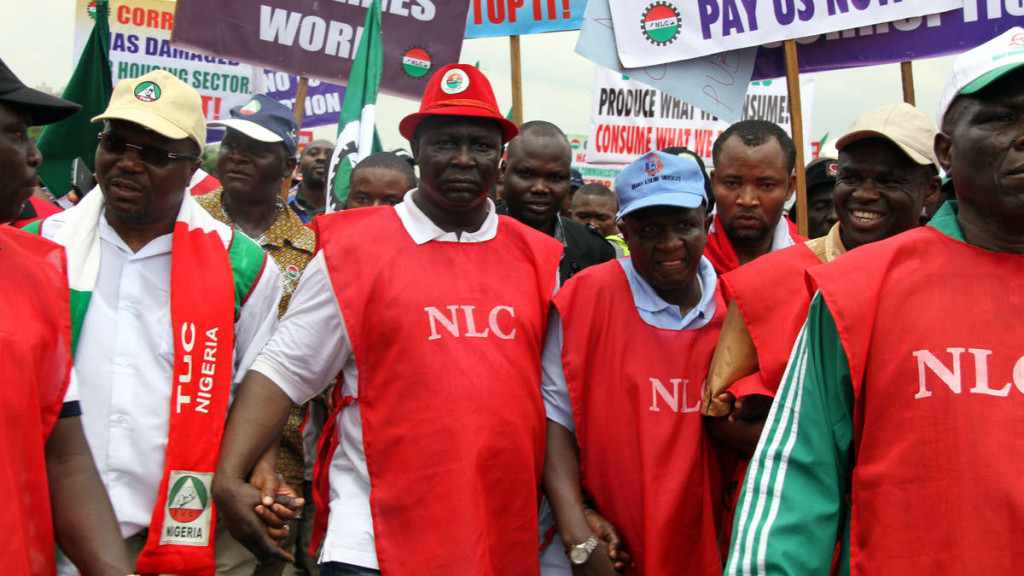 Workers are angry with governors who blew their state’s share of the N760.17 billion Paris Club loan refund.

President Muhammadu Buhari’s comment on how states failed to pay salaries despite the huge cash injection has provoked the Nigeria Labour Congress (NLC). It is threatening to “name and shame” governors who failed to spend the refund on salaries and pension.

Besides, the President should demand that the governors account for the money before any further release is made to them, the NLC said yesterday.

NLC President Ayuba Wabba said it was unfortunate that despite their promises to pay workers’ salaries and pension, the governors refused to live by their word.

He said that some of the governors had even refused to disclose how much they received and how it was spent.

Wabba accused the Chairman of the Governors Forum, Zamfara State Governor Abdulazeez Yari, who made a commitment on behalf of his colleagues of not spending the money judiciously.

He said the President was reacting to its letter asking him not to approve the release of the third and last tranche of the fund to the governors until they account for what they have received.

Wabba said: “It is our letter he was reacting to. At our CWC meeting, we called on him not to release the last tranche of the Paris Club refund to the states because the governors have not kept their word.

“As you are aware, our workers in Zamfara have shut down the state. He himself who made the pronouncement could not honour the words that he pronounced on behalf of his colleagues. That is to show the level of deceit that is actually in the system and that is why we decided to write to the President to ensure that there is a level of accountability to show that he is actually on the same page with the governors.

“Before the second tranche was released, they made commitments and used the payment of workers salaries and pensions as a bait to get the President to approve and get the money across to them. But immediately they got the money, majority of them diverted the money. Right now, we have a standard data as to what the situation is in all states of the Federation.

“Let me make the point that some has actually judiciously untilised their own, but some states… have refused to make available how much they received.”

Wabba recalled that at the Kogi State House of Assembly, a member raised a motion to demand accountability on the Paris Club refund “and that resulted in the chaos we witnessed in the Assembly. That member had his head broken and the Speaker removed. That is the level of decay that is prevailing in some of those states.

The NLC chief spoke also on the use of consultants to get the refund.

He said: “We learnt that about 5 per cent was deducted from source and used for the payment of consultants which eventually ended up in people’s pockets. We are also aware of those who diverted the money to build hotels and pay mortgages. It is really a bad situation.

“If we must fight corruption, those issues are issues that we must follow up and fight to their logical conclusion.

“In some of the states, our members used the Freedom of Information Act to demand how these money was utilised, but there has been no responses and I think that is most unfortunate. We have records of those states. We have also promised that we are going to name and shame those states that have not adequately utilized the bailout.

“We are working on the data and once they are ready, we will make them, available and we are going to engage states that have not transparently utilised the bailout fund for the purpose that it was meant for and for the benefit of their people. That is where we are now… that is why the situation of workers have not improved.

“ Let me emphasied that some states have done extremely well and we are going to point this out very clearly.”