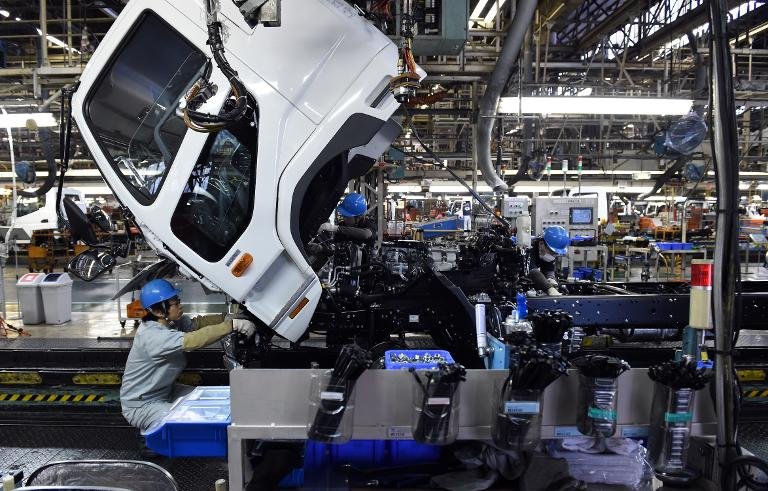 According to him, the introduction of such scheme to assure the quality of products on offer to consumers in the country is long overdue, given the negative economic effect of faking, cloning and counterfeiting, particularly on certified local products.

Jacobs decried the situation where a product is supposedly doing so well in the market without its manufacturer reaping the benefits of his investment due to faking, cloning and counterfeiting, while consumers also get short changed in the process.

The MAN President acknowledged the huge responsibility that the mandate of SON confers on the organisation, particularly the need to assist local manufacturers excel on a continual basis in order to grow the nation’s economy and provide gainful employment to its youths.

He alluded to the need for all relevant agencies of government to harmonise their activities at the country’s entry points in order to effectively fight the influx of substandard products into the country.

The MAN chief stressed that the continuous influx of substandard products into the country was negatively affecting manufacturers in particular.

This, according to him, underscored the need for SON’s active involvement in the execution of the Presidential Executive Orders, to assure the quality of all imports.

MAN Director-General, Mr. Segun Ajayi, said the association’s members across the nation look up to SON for the provision of relevant and up to date standards.

According to him, availing the expertise of SON personnel to manufacturers will ensure continual improvement in the competitiveness of their products for local consumption and export.

He commended the existing robust collaboration between the two organisations, which according to him, has always provided avenues for clarifying issues of mutual concern.

Earlier, Aboloma described MAN members as strategic to standardisation and quality assurance in Nigeria. He said this necessitated the consultative meeting by SON.

The SON DG said a product authentication scheme would be introduced to assist consumers confirm the genuineness of products before purchase to have value for their money.

Other advantages of the scheme, according to him, include assurance to genuine manufacturers and importers of their products on sale.

Abaloma said the product authentication scheme would effectively fight the cloning, faking and counterfeiting of genuine products by providing necessary information to guide consumers’ purchase decisions in the market.

“Without patronage, the purveyors of substandard, faked, cloned and counterfeited products would have no market for their products” he said.

Aboloma said SON had engaged an international security printing outfit on the implementation of the scheme, leveraging its vast experience.

The SON DG announced that the organisation will soon embark on stakeholders’ sensitisation on the product authentication scheme across the country to ensure that stakeholders were carried along in the implementation in line with World Trade Organisation (WTO) requirements.

Aboloma enumerated several initiatives of SON to provide level playing field for local manufacturers and importers in line with WTO’s requirements of which Nigeria is a signatory.

He also said the electronic product registration scheme was aimed at products traceability and confirmation of quality status.