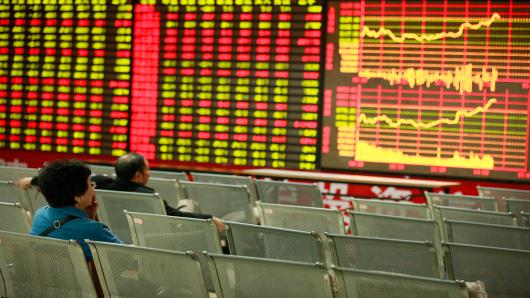 Stocks fell and gold and the yen climbed as geopolitical tensions flared up again, with U.S. president Donald Trump weighing new economic sanctions that could target China after a nuclear test Sunday by North Korea.

The Stoxx Europe 600 Index declined, with banks and technology companies bearing the brunt as all industry sectors moved into the red after a report that Pyongyang is preparing to launch an intercontinental ballistic missile heightened investors’ unease. The MSCI Asia Pacific Index was on track for the biggest drop since Trump’s vow to return nuclear threats with “fire and fury” in early August. S&P index futures also fell, while most European government bonds advanced and the yen and Swiss franc led currency gains. Industrial metals including copper and nickel extended a rally.

The White House warned any nation doing business with Kim Jong Un’s regime would be met with economic sanctions and trade embargoes, and his defense chief said the U.S. has “many military options.” North Korea said Sunday it successfully tested a hydrogen bomb with “unprecedentedly big power.” The test, the first since Trump took office, is a new hurdle for markets that have proven resilient to recent bouts of tension on the Korean peninsula.

“Expect some short-term risk-aversion trades,” Citigroup Inc. economists led by Johanna Chua wrote in a client note. “But such market moves tend to be short-lived, as typically tensions defuse quickly. So unless the global response to this test raises the probability of a military strike or North Korean regime collapse (both unlikely), this time may play out similarly.”

Some investors are choosing to hold more cash in the face of increasing geopolitical instability. Nader Naeimi, who heads a dynamic investment fund at AMP Capital in Sydney and helps manage about $110 billion, has about 30 percent of his holdings in cash, while Chicago-based Ariel Investments is holding more cash versus its target in the event a pullback creates buying opportunities.

“While today’s fall in risk assets might not be deep, the process is one of an incremental rise in market volatility,” Naeimi said. This “will culminate in a deeper-than-expected correction,” he said.