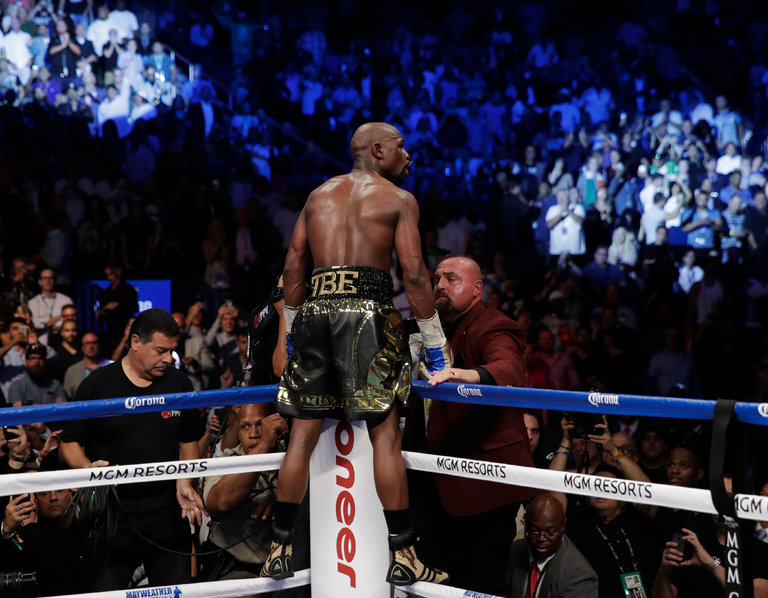 In the 10th round of a well-matched fight, the undefeated Mayweather backed McGregor onto the ropes with a series of combinations. Tired with his hands down, McGregor’s face was bloodied and was almost falling through the ropes before the referee stepped in to stop the fight with about 1:55 minutes remaining in the round.

McGregor who has never fought for so long in a single professional fight was leading the first three rounds before Mayweather turned things around and gradually picked the Irishman apart. 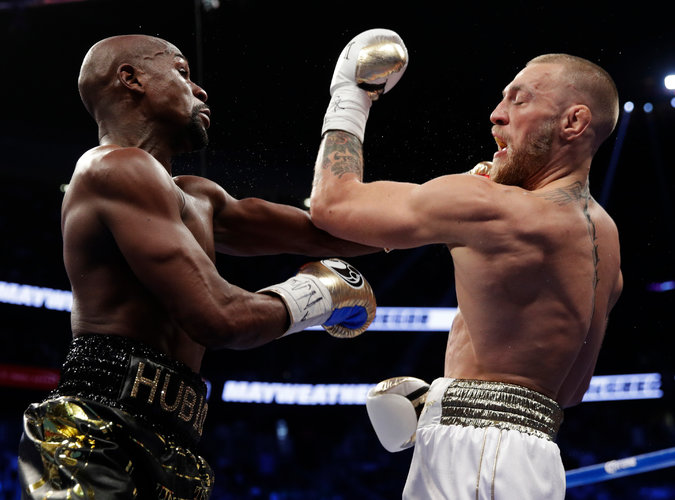 The 40 years old undefeated American boxer said his Irish opponent was a lot better than he thought and uses different angles.

“He’s a lot better than I thought he was … he used different angles. But I was the better man … It was our game plan to take our time and take him out down the stretch,” the undefeated champion, Mayweather said during the post-fight interview.

“I gave the fans what they wanted to see,” Mayweather said. “I told them that I owed them for the Pacquiao fight. I must come straight ahead and give them a show.”

McGregor during his post-fight interview said the undefeated champion was a lot more composed.

“I thought it was close … I get a little floppy when I get tired … [Floyd] was a lot more composed. You’ve got to give it to him … I don’t know if I will box again”

Floyd Mayweather who has now won all his 50 career fights, 27 coming by way of knockout and the remaining 23 by unanimous decision just breaks Rocky Marciano 49 undefeated boxing record of 1956 and set a new world record with his 50-0 career fights.

The undefeated champion announced his retirement after the fight.

Kuroda Vows to Maintain Very Accommodative Policy for Some Time