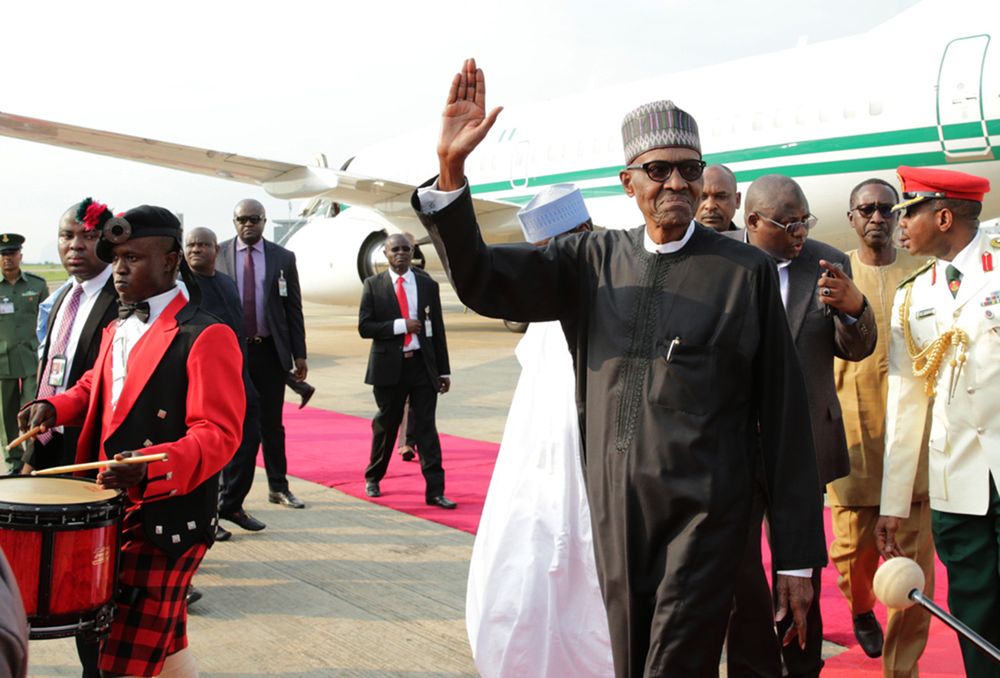 Nigerian President Muhammadu Buhari vowed to step up the fight against the Islamist militants and proponents of secession in his first speech after returning from three months of sick leave in London.

Nigeria’s national unity is “not negotiable,” Buhari, 74, said Monday in a nationally televised address. “Terrorists and criminals must be fought and destroyed relentlessly so that the majority of us can live in peace and safety.”

Buhari informed the National Assembly in writing on Monday that he has resumed work as president, his office said in an emailed statement. He flew back to the capital, Abuja, on Saturday, after treatment for an undisclosed illness. He had temporarily handed over power to his deputy, Yemi Osinbajo.

He’s returned at a time when Africa’s biggest oil producer faces a host of threats. The economy contracted last year for the first time since 1991 amid low revenue from crude exports, a conflict with the Islamist militant group Boko Haram has killed tens of thousands of people and threatened parts of the northeast with famine, and secessionist agitation by ethnic Igbos and tensions between them and the northern Hausa people are intensifying.

“We shall not allow irresponsible elements to start trouble and when things get bad they run away and saddle others with the responsibility of bringing back order, if necessary with their blood,” he said.

With the economy showing signs of recovery, Buhari’s administration needs to demonstrate to businesses and investors that it can ensure a safe environment, said Sewa Wusu, Lagos-based analyst at SCM Capital. Amid a dearth of investment, the naira has weakened 13 percent this year against the dollar, the third-worst performer in Africa, and has lost more than half of its value since oil prices plunged in 2014.

“Economic security cannot be achieved in an environment of insecurity and terrorism,” he said. “These negative factors are hydra-headed monsters that should be tackled with serious determination and sincerity.”

Buhari didn’t say anything about the illness that required him to seek treatment in the U.K. and has fueled concerns about his ability to see through the rest of his first term that ends in 2019.

In his speech, Buhari indicated that he’s open to talks with ethnic Igbo groups demanding secession in southeastern Nigeria by saying that he’d hosted Chukwuemeka Odumegwu-Ojukwu, the former leader of the failed breakaway state of Biafra, at his home 14 years ago, according to Cheta Nwanze, head of research at Lagos-based political risk advisory group, SBM Intelligence. An attempt to establish an independent Biafra led to a civil war from 1967 to 1970 that claimed the lives of about 1 million people.

“His reference to a meeting with Ojukwu in 2003 is a nod to the agitations from the southeast and signals a willingness to chart a different path from the hard stance he has taken thus far,” Nwanze said. “In all, it shows a realization that dialogue has to happen at some point to address the clamor for restructuring the country.”

Buhari’s statement that “every Nigerian has the right to live and pursue his business anywhere in Nigeria” appeared to be aimed at some northern youth groups that have threatened Igbos living in their area to leave by Oct. 1, Nwanze said.

While all ethnic and religious groups have legitimate concerns, Buhari said, it’s better to resolve them through dialogue in the National Assembly than violence.

“Every group has a grievance. But the beauty and attraction of a federation is that it allows different groups to air their grievances and work out a mode of co-existence,” he said. “The national consensus is that, it is better to live together than to live apart.”