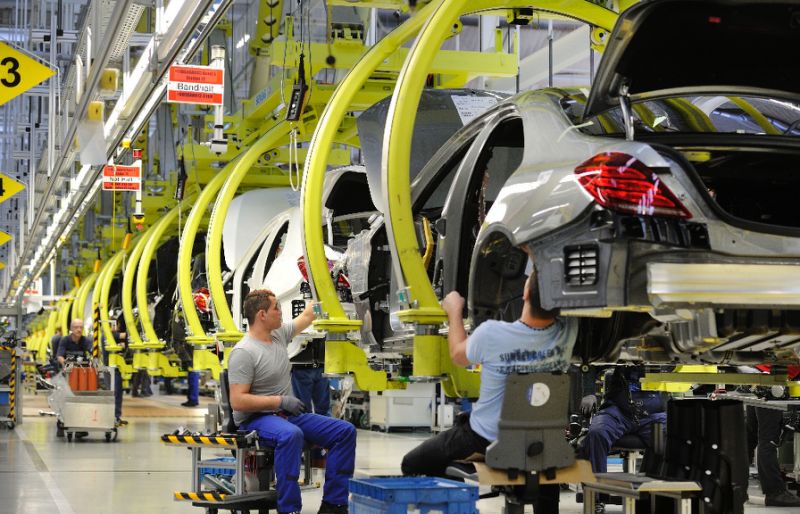 Foreign-owned companies are beating their domestic peers when it comes to the U.K.’s productivity, according to Bank of England research.

They’re around twice as productive as domestically owned firms, according to BOE staff Sandra Batten and Dena Jacobs, who examined data from around 40,000 companies. That’s because they invest more in research and development, are better managed, collaborate with other organizations and promote the diffusion of ideas, the authors said in a post Thursday on the BOE’s blog.

“Continued foreign investment and the presence of foreign-owned firms will therefore be important for the U.K.’s productivity outcomes,” the authors said. The report follows data published by the Office for National Statistics on Wednesday that showed output per hour fell by 0.1 percent in the second quarter, after a 0.5 percent drop in the first three months of the year.

Disappointing productivity growth has been baffling economists for years. Possible explanations include the U.K.’s reliance on services, which lag manufacturing in terms of efficiency growth, “zombie” companies that have been kept alive by loose monetary policy, and limits in the flow of people between firms since the financial crisis.

BOE Chief Economist Andy Haldane said in March that the evidence underscores the “importance of openness to trade and foreign direct investment.” Firms that export are also more productive since they’re exposed to global competition and are integrated into international supply chains, he said.

That contribution could be endangered by the U.K.’s exit from the European Union, according to EY Item Club chief economist Howard Archer. “A major risk is that prolonged uncertainty and concerns over the U.K.’s economic outlook ends up weighing down markedly on business investment and damages productivity,” he said.

Foreign-owned firms account for 50 percent of total R&D spending, according to the BOE blog post, and are also more likely to introduce new products and processes than their domestic counterparts. They also boost “knowledge diffusion” by adopting foreign technology in local firms, moving workers with new knowledge from overseas to local employers, and giving an incentive to local businesses to improve their own efficiency, the authors said.

Libya Gets Better at Keeping Oil Flowing as Industry Stabilizes