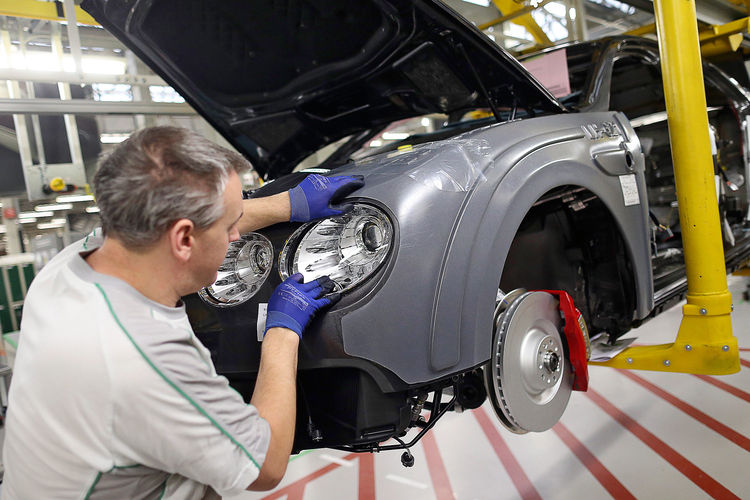 The U.K.’s lackluster growth is doing little to support the Bank of England’s hawks.

The expansion picked up only modestly to 0.3 percent last quarter, compounding what the Office for National Statistics called a “notable slowdown in the first half.” It suggests the economy’s resilience since the Brexit vote has weakened and it leaves the BOE’s divided policy makers with scant further evidence to justify a interest-rate increase next week.

While services were the sole positive contributor to gross domestic product, the sector was mainly driven by retail and the film industry. Movie releases such as Wonder Woman and the production of the sequel to Jurassic World at Pinewood Studios bolstered services in the first half.

Production and construction dragged on the economy, and agriculture had zero impact, the ONS said. At the same time, households are under pressure from rising prices and weak wage growth.

U.K. Chancellor of the Exchequer Philip Hammond said the slowdown was partly due to uncertainty following last year’s vote to leave the European Union. Some firms may be delaying investment because of Brexit, he said.

“GDP was held up by a bounce in retail growth that won’t last,” said Rob Wood, chief U.K. economist at Merrill Lynch in London. “Over the past few weeks, there’s been a notable slowdown in the economy and that’s a bit worse than the more hawkish members would like. It points pretty strongly for keeping rates on hold.”

The data is the latest to undermine arguments for the immediate rate hike that a minority of policy makers supported at the last BOE decision. Inflation abated to 2.6 percent in June and retailers saw a summer boost from good weather.

Economists see the BOE holding its key rate at its record-low 0.25 percent level until mid-2019, according to a Bloomberg survey. Investors place odds of less than 40 percent on a rate increase this year, down from 45 percent a month ago.

The report is the last major data point before the central bank announces its next policy decision and publishes new forecasts on Aug. 3. Officials on the Monetary Policy Committee voted 5-3 to keep rates on hold last month and have been drawing the battle lines in recent weeks over whether to stifle inflation that has surged above their 2 percent target.

“Ultimately, the data will decide what action the MPC will take and when,” said Alan Clarke, an economist at Scotiabank in London. “The MPC will leave bank rate on hold.”