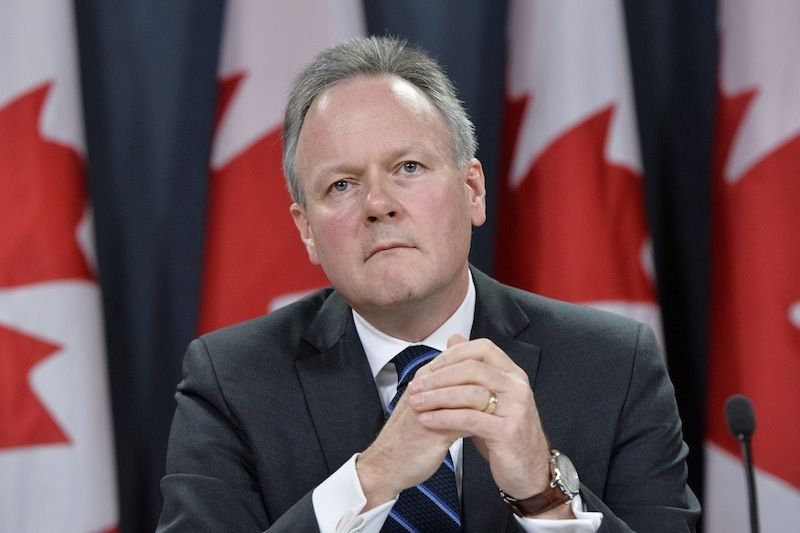 On Wednesday, the Bank of Canada delivered its first interest-rate hike in almost seven years, becoming the first Group of Seven central bank to join the Fed in policy normalization, the first concrete step toward global monetary policy convergence. And it followed the Fed in more ways than one.

The Bank of Canada now sees inflation averaging 1.6 percent, down three tenths of a percentage point from its April Monetary Policy Report. At the same time, the bank estimates economic slack will be eliminated by the end of 2017, sooner than it had anticipated three months ago. That’s an echo of the Fed’s move in June, which saw officials mark down their forecast for the unemployment rate forecasts and core PCE inflation, its preferred gauge of price pressures.

For Janet Yellen, Verizon has been the big headache in suppressing inflation. Stephen Poloz and Canadian policymakers attributed the shortfall to sluggish food inflation, measures by the Ontario government to reduce the cost of electricity and a significant slowdown in auto price gains.

The bank’s three core measures of inflation were designed by officials in part to filter out exactly these sector-specific shocks. However, they’ve proven unable to fully do so, contributing to a downward trend in all three metrics since early 2016.

Canada’s best quarter for employment gains since 2010 and broadening economic growth bolstered the central bank’s confidence in the outlook and steeled its resolve to increase interest rates. As such, the Fed and Bank of Canada are expected to lead the charge away from the zero lower bound. That’s after an onslaught of hawkish rhetoric from top Canadian monetary policymakers over the past month.

Historically, the two central banks’ policy rates have moved in sync. However, a Canadian credit cycle that’s completely divorced from that of its largest trading partner in the wake of the financial crisis, a weakened link between U.S. demand and Canadian exports, and the plummet in oil prices starting in mid-2014 has prompted policy to decouple this decade.

The Bank of Canada and Fed have different government-appointed directives: the U.S. central bank has a dual mandate for full employment and stable inflation; its Canadian counterpart targets only the latter. At this juncture, both are fundamentally relying heavily on unobservable constructs to justify the removal of monetary stimulus in the face of subdued price pressures.

Yellen still puts faith in the Phillips Curve, which suggests that an unemployment rate that sinks beyond a sustainable level will foster higher wages and price pressures broadly.

Poloz’s basis for tightening rests upon his outlook for the output gap — the cumulative difference between the central bank’s estimate of how fast the economy can grow and how fast it has — buttressed by the notion that central bank policy changes influence economic activity with a lag. A zero output gap is consistent with an economy that’s operating at full capacity with stable inflationary pressures.

“It is the output gap which guides the pressures on inflation through time,” the governor said in the press conference following his first rate decision in 2013.

While using slightly different compasses, Poloz and Yellen have the same rationale in mind: easing up on monetary accommodation now — despite the current lack of success on their government-appointed inflation mandates — will help avoid a situation in which they fall behind the curve and need to tighten policy swiftly to tamp down on inflation, sending their respective economies into recession.