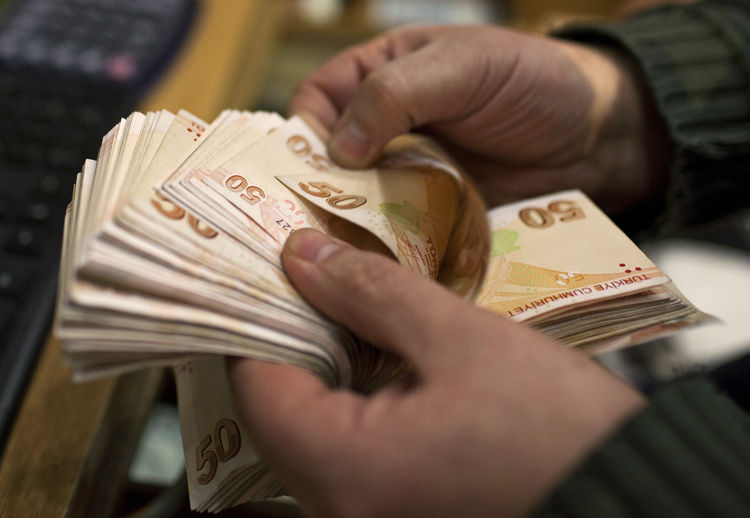 With yields surging across major economies as more central banks hint at joining the Federal Reserve in tightening policy, strategists are pointing to a likely loser: emerging-market currencies.

The fallout is already being felt in the foreign-exchange market as investors eye the end of an era of unprecedented stimulus. An MSCI index of emerging-market currencies hovered near a seven-week low Thursday as yields on Treasuries and bunds rose to fresh highs. In 2006, the last time investors braced for steeper borrowing costs in the biggest economies, the index lost almost 5 percent of its value in a span of weeks, while developing-market stocks plunged.

For emerging-nation currencies, the threat is that higher yields in major economies will sap demand for riskier developing markets. The pain may not be over. Chart-watchers also see signs that losses will deepen, with the MSCI currency index breaking below a key moving average.

“This is an inflection point,” said Win Thin, head of emerging-market currency strategy at Brown Brothers Harriman & Co. in New York. “The whole risk-to-reward for investing in EM has changed.”

Analysts aren’t necessarily in agreement in seeing the ingredients of a full-on rout in emerging currencies. At Goldman Sachs Group Inc., strategists don’t foresee the kind of rapid rise in yields that they say typically precipitates an emerging-market tumble.

But Brown Brothers’ Thin sees cause for concern. Among developing-market investments, the Turkish lira and South African rand are most vulnerable to a diminished yield advantage, in part because of the countries’ strained economic and political backdrops, he said.

“Emerging-market currencies face the greatest risk of downside in Q3 in our scenario, whether from a growth slowdown and a backup in global risk spreads, from a more hawkish Fed, or both,” John Hardy, head of foreign-exchange strategy at Saxo Bank A/S, wrote in a report published Wednesday.

Two-year Treasury yields reached 1.43 percent Thursday, the highest since 2008, as traders anticipated more rate hikes this year after the minutes from the Fed’s June meeting showed policy makers still intent on tightening. The Bloomberg dollar index is up about 0.4 percent in July, after a four-month slide.

Meanwhile, speculation that the European Central Bank will taper its bond buying in 2017 sent two-year bund yields to the highest in a year last month. Investors are also adjusting to hawkish shifts from the Bank of Canada and the Bank of England.

For strategists at Goldman Sachs, the key is the speed of the move higher in developed-market yields. A speedy climb could threaten emerging nations in part by lifting the cost of dollar-based debt. The bank’s projections are for yields to rise only slowly. They see the 10-year German yield reaching 0.7 percent by year-end, from about 0.56 percent now.

That being said, there are some currencies with relatively lower rates that are vulnerable, such as Hungary, South Korea and Taiwan.

“We’d expect to see the real rate differential there compress as developed-market rates move higher, and that will be a negative for those currencies,” Trivedi said by phone.