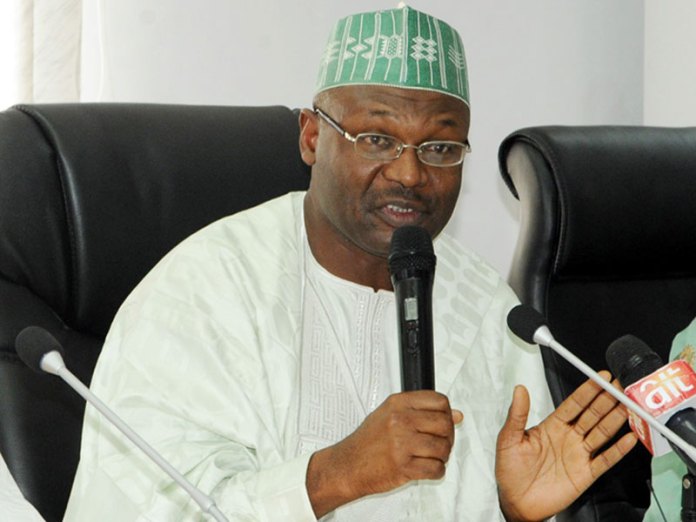 The Independent National Electoral Commission (INEC) yesterday handed over registration certificates to the five newly registered political parties at its headquarters in Abuja.

Also yesterday, the Peoples Democratic Party’s Governors Forum met in Abuja and pledged to retain their membership of the party notwithstanding the outcome of the pending leadership tussle at the Supreme Court.

This brings the number of registered political parties in Nigeria to 45.

While maintaining that the commission would continue to strictly monitor the activities of all political parties, the INEC Chairman, Prof. Mahmood Yakubu, who presented the certificates, warned that the electoral umpire would not hesitate to apply sanctions against any of the parties that violated the law governing the terms and conditions of registration.

He also cautioned the parties and their candidates to guard against hate speeches as any such acts would attract heavy sanctions from INEC.

“I wish to remind all political parties that the law also provides for de-registration of parties. We shall vigorously apply this aspect of the law as the need arises.

“As we approach some of the outstanding bye-elections, the three Governorship Elections in Anambra, Ekiti and Osun States and ultimately the 2019 General Elections, the commission will pay special attention to the conduct of political parties as well as their candidates and supporters. Hate speech and other violations of the electoral acts attract appropriate sanctions under the law”, he said.

The INEC Chairman used the ceremony to update Nigerians on the status of other associations applying for registration as political parties.

He disclosed that out of the 103 political associations that applied for registration, 54 failed to meet the basic requirements and were disqualified

Yakubu also said that 10 of the political associations had already submitted the necessary documentation and that the commission was currently verifying their submissions.

“As at last week, we had 95 applications out of which five have fulfilled the requirements for registration while three associations voluntarily withdrew their applications, bringing the total to 87 applications. Since then, we have received six more applications. This means that the commission is currently processing 103 applications”, he said.

Yakubu said the 54 disqualified associations had failed the initial assessment due mainly to the similarity of their proposed names or logos with existing political parties or associations.

INEC also gave an update on the ongoing nationwide Continuous Voter Registration exercise saying that as at the end of the eighth week, 954, 001 Nigerians had registered.

PDP Governors Meet, Pledge to Stand By Party Regardless of S/Court Verdict

The Governors who met in Abuja pledged to retain their membership of the party notwithstanding the outcome of the pending leadership tussle at the Supreme Court.

The protracted leadership crisis in the PDP had pitted loyalists of two factional leaders, Ali Modu Sheriff and Ahmed Makarfi against each other, leading to a state lull in the once vibrant largest party in the Africa.

However, the state governors elected on the platform of the party met on Thursday night in what looked like a reunion after a long period of estrangement to discuss the way forward.

Speaking on the outcome of the meeting, the Ekiti State Governor and the Chairman of the forum, Ayo Fayose, said they had resolved to remain confident, committed and loyal to the PDP believing that the Party which is more democratic than any other in the country would be united towards winning elections at all levels in 2019.

“We are saying that we believe in the tomorrow of this party and we believe that this party will come together united for victory in 2019,” he said.

On the pending Appeal at the Supreme Court, Fayose said that the party leaders were hopeful that the forthcoming judgment would further unite the Party.

According to Fayose, PDP is beyond every member and “as such, all its members must be guided by its supremacy”

He reassured party members of their readiness to work together for the overall success of the PDP and democracy.