Investors in the Nigerian stock market recorded N798bn appreciation on their holdings between Friday May 26 and June 2, the last day of trading last week.

The stock exchange’s market capitalisation rose to N10.845tn from N10.047tn in one week.

Last week was a four-day trading week as the Federal Government declared May 29, 2017 as public holiday to mark the 2017 Democracy Day.

Meanwhile, a total turnover of 2.319 billion shares worth N23.813bn in 22,310 deals were traded last week by investors on the floor of the Exchange in contrast to a total of 1.877 billion shares valued at N20.055bn that exchanged hands the previous week in 19,979 deals.

The Financial Services Industry (measured by volume) led the activity chart with 1.950 billion shares valued at N15.479bn traded in 14,381 deals; thus, contributing 84.12 per cent and 65 per cent to the total equity turnover volume and value, respectively.

The third place was occupied by conglomerates industry with a turnover of 70.452 million shares worth N168.377m in 739 deals.

Trading in the top three equities namely – Diamond Bank Plc, FBN Holding Plc and United Bank for Africa Plc (measured by volume), accounted for 978.710 million shares worth N4.137bn in 5,028 deals, contributing 42.21 per cent and 17.37 per cent to the total equity turnover volume and value, respectively.

The Chartered Institute of Stockbrokers last week said the confidence of investors in the country’s capital market was gradually returning as could be seen by the positive numbers in recent weeks.

The institute thus urged the government, the Central Bank of Nigeria and other regulators to remain consistent in their resolve to tackle the issues that had held down the economy and the capital market in particular in recent years.

A fellow of the institute, Mr. Umaru Kwairanga, said such positive move would boost investors’ confidence and guarantee market stability.

He said, “The capital market has been on a rebound in 2017, especially, from the end of the first quarter till now. Recent initiatives taken by the CBN to solve the problem of chronic scarcity of forex have boosted the economy and the capital market in particular. 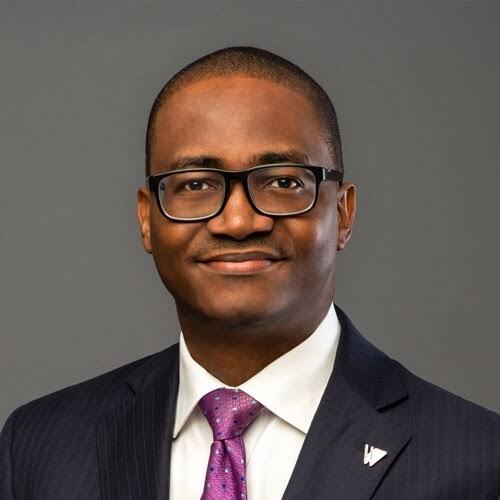 The Managing Director/Chief Executive Officer of Wema Bank Plc, Mr. Ademola Adebise, has reassured customers and shareholders that the bank has strong financial fundamentals and reliable performance metrics, riding on the back of seasoned and astute leadership.

Adebise stated this against the insinuations of weak liquidity. Wema Bank Plc posted gross earnings of about N81 billion and profit after tax of N5.1 billion for year ended December 31, 2020. The CEO explained that the strength and viability of financial institutions were not measured on the isolated performance of one outlier year, stating that, “Wema Bank has continually exhibited not just resilience, but admirable viability over the years with a 30.95 per cent increase in earnings recorded in just 2019.

“Then came 2020, and in spite of the difficulties, we succeeded in achieving impressive results in key areas such as net earnings from fees and commissions, while growing the bank’s asset base significantly.

That’s not all, customer credibility in the bank was also accentuated with a massive increase in customer deposits over the previous year. This is an audacious show of confidence from our customers at Wema Bank. These performance metrics amongst others, are testament to our smart balance sheet optimisation approach which will be affirmed by the time the audited and official 2020 Financial Report is released in the coming weeks,” he said.

According to him, the bank’s performance in the 2020 made it one of the best performing financial institutions in the land given the challenging operating environment.

“We won the BusinessDay award for the Best SME Bank of the Year for 2020. A recognition of our unrivalled support for small and medium scale businesses through loans, business advisory, and ease of payments and transactions. Also, the recently published 2020 KPMG Customer Experience Survey, showed Wema Bank making significant growth in the retail category, climbing up ten (10) places from the previous year to 2nd position, with an above industry average of 74.6 per cent Customer Experience score. This achievement is a mark of dedication to excellent customer service and refreshing support for all our customer categories.

The KPMG Customer Experience Survey grades banks over six universal pillars of Personalization, Integrity, Expectations, Resolution, Time & Effort and Empathy, and Wema Bank has showed a mastery of these pillars and have been outstanding at all of them,” he said.

Adebise added that in line with the bank’s sustainability goal of developing digital solutions for societal impact, it successfully organised the second edition of Hackaholics, a radical gathering of developers, web designers and creative thinkers to develop solutions around key themes of education, health, agriculture, fintech, gaming & betting.