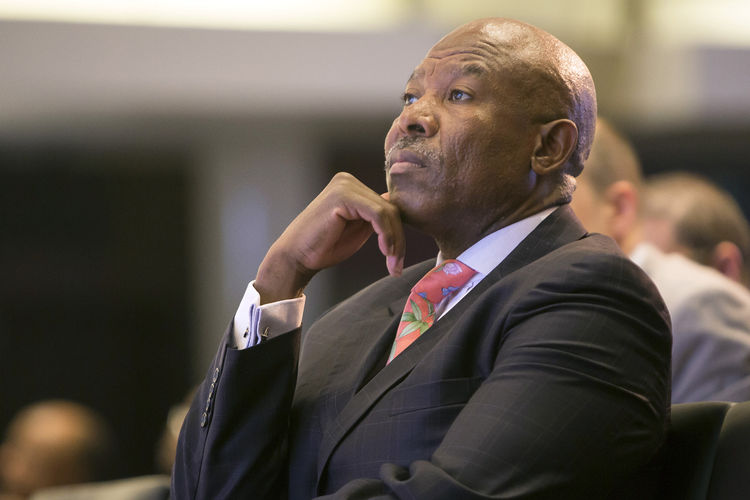 The Monetary Policy Committee maintained the benchmark repurchase rate at 7 percent, Governor Lesetja Kganyago told reporters Thursday in the capital, Pretoria. The decision was in line with the estimates of all 21 economists in a survey.

The key rate hasn’t changed for 14 months after the central bank raised it by two percentage points since 2014. The MPC has had to contend with swings in the rand after two ratings companies cut the debt of Africa’s most-industrialized economy to junk. This came after President Jacob Zuma fired Pravin Gordhan as finance minister, raising questions about political stability and stoking policy uncertainty before the ruling African National Congress elects new leadership in December.

“A reduction in rates would be possible should inflation continue to surprise on the downside and the forecast over the policy horizon be sustainably within the target range,” Kganyago said. “In the current environment of high levels of uncertainty, the risks to the outlook could easily deteriorate.”

Consumer inflation eased to 5.3 percent in April, the slowest pace in 17 months and the first time it’s been in the 3 percent to 6 percent target range since August. Price growth in March and April were below expectations, Kganyago said. The bank cut its forecast for the year to 5.7 percent from 5.9 percent and sees inflation remaining within the target range through 2019, he said.

As with the previous meeting, five MPC members voted for the rate to stay unchanged and one favored a 25 basis-point cut, Kganyago said.

“The Reserve Bank will probably only ease policy next year, because the forecast risk
is so high this year,” Elna Moolman, an economist at Macquarie Group in Johannesburg, said by phone. “It all comes down to the currency and the effect that will have on inflation.”

The rand strengthened 0.4 percent to 12.8568 per dollar by 4:49 p.m. in Johannesburg on Thursday. Yields on rand-denominated government bonds due December 2026 rose one basis point to 8.51 percent.

While the rand is at a stronger level than a year ago, the outlook for the currency “and therefore the risks to the inflation outlook, will be highly sensitive to unfolding domestic political uncertainty, as well as decisions by the credit-ratings agencies,” Kganyago said.

South Africa’s economy expanded by 0.3 percent last year, the least since a 2009 recession. The MPC reduced its forecast for growth this year to 1 percent from 1.2 percent, and trimmed the outlook for 2018 to 1.5 percent from 1.7 percent. The reduction is because of the anticipated impact of the downgrades, he said.

Inflation expectations, as measured by the five-year breakeven rate, are near the lowest in more than two years.

Forward-rate agreements, used to speculate on borrowing costs, dropped as traders priced in a greater chance of policy easing. Contracts starting in a year fell to 6.86 percent, showing expectations of 47 basis points of rate cuts by the end of the period.

“It would be very brave to cut rates in a year that a reasonable person would expect that there would be turmoil, both locally and internationally,” Nicky Weimar, an economist at Nedbank Ltd. in Johannesburg, said by phone. “If there is a political resolution and the ANC heals itself, the rand could come roaring back” and there could be scope for cutting rates.