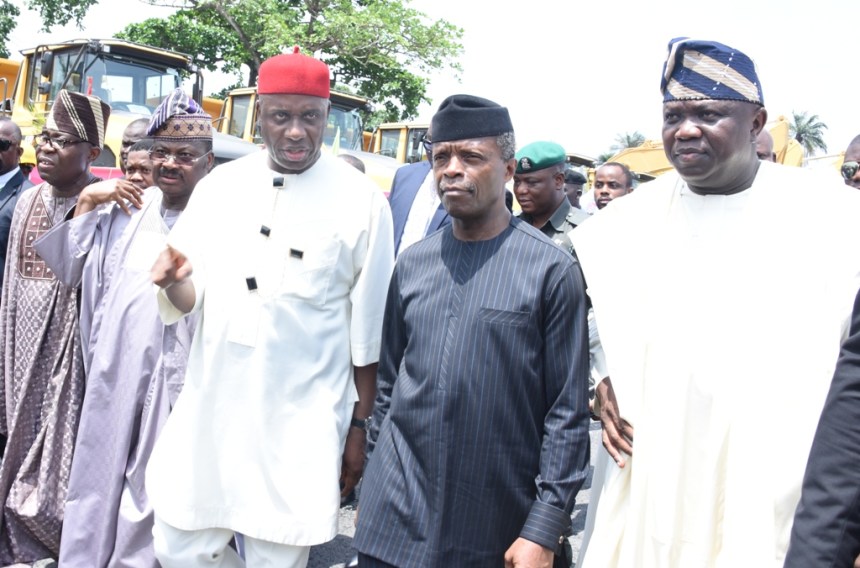 Experts in the built environment have asked the Federal Government to give out all public infrastructure in the country to private investors on concession basis to ensure their proper maintenance and management.

The experts noted that there was a need to move the management of assets from the public sector to private sector managers with an entrepreneurial outlook.

A senior civil engineer at the Lagos State Infrastructure Management Agency, Mr. Olusegun Oshinowo, stated at a seminar by the American Society of Civil Engineers, Nigerian International Section, with the theme, ‘Revamping the Nigerian economy: A look at investment in infrastructure, solid minerals and agricultural produce processing’, that the government alone would not be able to provide the money to adequately fund the development of infrastructure.

According to Oshinowo, public infrastructure that the government should consider handing over to the private sector include power generation and transmission/distribution networks; roads and bridges; ports; railway and inland container depots; and logistics hubs.

He said that history had shown that government had not been able to manage public assets properly.

The Acting Head, Corporate Civil Projects, Shell Petroleum Development Company of Nigeria Limited, Mr. Emem Abasiattai, who spoke on ‘Regional perspective on the strategic importance of highway infrastructure to sustainable development and economic diversification’, said there was a need to invest more in road infrastructure.

He noted that the importance of highway infrastructure to economic growth could not be overemphasised, adding that emphasis should be on deplorable roads in the Niger Delta region, which is the nation’s oil producer and world’s third largest wetland with great potential for economic recovery.

The Regional Coordinator, South West, Nigerian Export Promotion Council, Mr. Babatunde Faleke, also noted that sustained low oil price had become a threat to the country’s economy, while other sectors such as agriculture and solid minerals must be developed.

Faleke added that export of non-oil products remained the country’s only source of supply of foreign exchange.

The Director, Research and Advocacy, Lagos Chamber of Commerce and Industry, Dr. Vincent Nwani, said that with 43 minerals largely at industrial scale, the country’s mining industry had huge potential as a source of non-oil revenue.

He added that the industry had the capacity to generate about five million jobs and contribute 20 per cent to the Gross Domestic Product within 10 years from the current 0.3 per cent.

The Past President, Nigerian Society of Engineers, Victoria Island Branch, Mr. Babagana Mohammed, said the number of unemployed engineering graduates was on the rise and called on the government and professionals in private practice to find a solution to the problem.