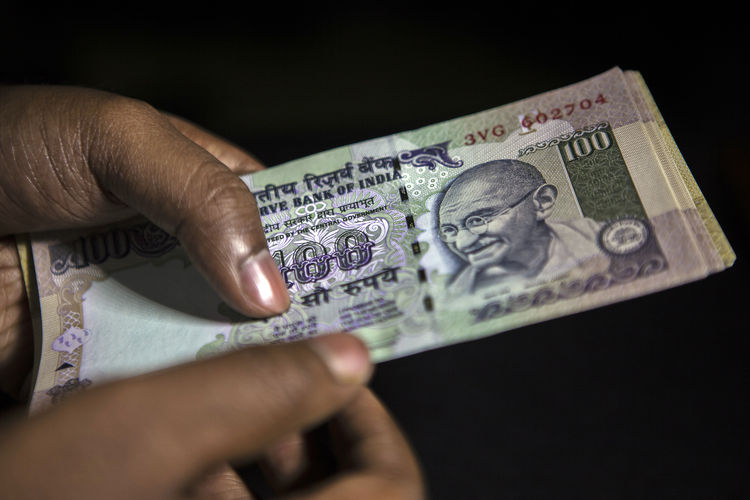 India’s rupee tumbled the most since June last year as local shares joined a global selloff triggered by concern over the political turmoil in the U.S. and Brazil.

The currency weakened as much as 1.2 percent to 64.9150 per dollar, prices from local banks compiled by Bloomberg show. The S&P BSE Sensex index extended losses in the last hour of trade to close 0.7 percent lower, its first decline in four days and the biggest since May 5.

“There’s general risk aversion that’s caught the markets following weak opening in European shares,” said Rohan Lasrado, head of foreign-exchange trading at RBL Bank Ltd. in Mumbai. Indian equities, which were weaker since the morning, extended losses and that further weighed on the rupee, he said.

Shares across Asia and Europe dropped after the S&P 500 Index slipped by the most since September, following reports that U.S. President Donald Trump asked FBI director James Comey in February to halt an investigation and the justice department appointed a special counsel to probe Russia’s role in the 2016 election. Comey was fired last week.

Brazil was plunged back into a political crisis reminiscent of last year’s impeachment saga following reports that President Michel Temerwas embroiled in an alleged cover-up scheme involving the jailed former speaker of the lower house of Congress.

The rupee is still up 4.8 percent this year and remains one of the best performers in Asia.