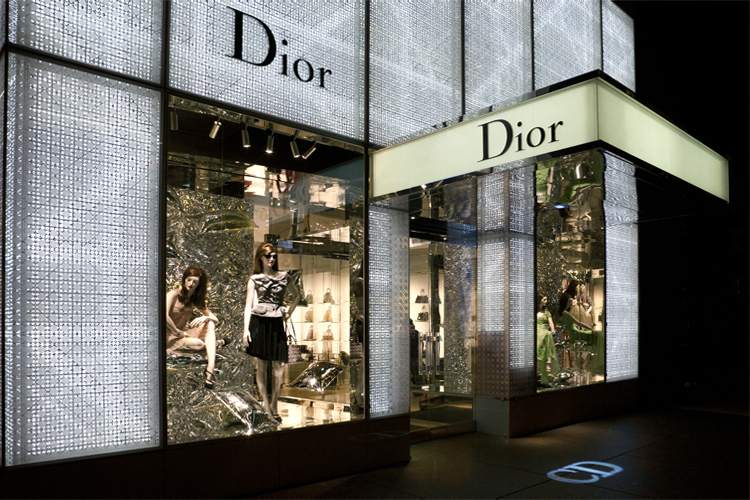 French billionaire Bernard Arnault moved to consolidate control over Christian Dior for about 12.1 billion euros ($13.2 billion), folding the fashion house’s operations into the LVMH luxury empire in one of his biggest transactions.

The deal unites ownership of one of the most iconic fashion brands under one roof for the first time in decades, valuing Paris-based Christian Dior SE at 260 euros a share, according to a statement Tuesday. That’s 15 percent above the Monday closing price of Dior, which Arnault’s family already controls with a 74 percent stake.

The two-part transaction, which comes amid a China-led revival in the luxury-goods industry’s fortunes, simplifies a complicated ownership structure and crowns the career of the biggest consolidator in the business. Arnault, who has a net worth of $46.3 billion, took control of the parent companies of Dior and Louis Vuitton in the 1980s and later added brands ranging from fashion label Fendi to jeweler Bulgari and suitcase maker Rimowa.

In the latest deal, LVMH is taking over a fashion house whose voluminous “New Look” helped revive French haute couture in the postwar years and whose designers have ranged from Pierre Cardin to John Galliano, for 6.5 billion euros. LVMH, 47 percent controlled by the Arnault family, already owns Dior perfumes and beauty thanks to a 1960s-era transaction to raise capital for the then-troubled fashion brand.

“Reuniting Christian Dior Couture and Christian Dior Parfums, so one brand under one leadership, has to be a good thing for LVMH shareholders,” Stephen Mitchell, head of strategy for global equities at Jupiter Asset Management, said in a Bloomberg Radio interview. “It does clean up the corporate structure.”

LVMH rose as much as 3.4 percent in early trading in Paris, while Dior gained as much as 13 percent.

Dior investors can choose payment in cash or stock of Hermes International, using shares in the rival Paris-based luxury company that the Arnault family received in 2014 after a controversial effort by LVMH to build a stake. The boards of Christian Dior and LVMH are unanimously in favor of the deals, and have appointed independent experts to review their terms, according to the statement.

Swapping the Hermes stock for Dior shares helps the Arnault family cash out of a profitable investment without paying taxes on a sale. LVMH surprised its rival in October 2010 by announcing it held 17.1 percent of the company. The move led the Hermes founding family to file a lawsuit and to form a holding company to protect its ownership. LVMH in 2014 ended the drama, distributing the shares to investors. Hermes shares have risen about 350 percent since the end of 2008, the year in which LVMH began buying derivatives on the stock.

“This is a good acquisition for LVMH in our view, given the strong brand of Christian Dior,” analysts at Barclays said in a note, adding that it’s a “good use of its balance sheet.”

Hermes was down as much as 6.2 percent in early trading. The transaction means millions of the LVMH rival’s shares that have been held by the Arnault family could soon hit the market. Investors will no longer see Hermes as a possible takeover target for Arnault now that he’s paring its stake, Bloomberg Intelligence analyst Deborah Aitken said.

LVMH, whose full name is LVMH Moet Hennessy Louis Vuitton SE, is paying about 15.6 times earnings before interest, tax, depreciation and amortization over the past year for Christian Dior Couture, which it will acquire for 6.5 billion euros under the second part of the plan announced Tuesday.

Dior, whose look has been refreshed in recent decades by the likes of Galliano, Raf Simons and Hedi Slimane, already works closely with LVMH. The fashion house’s watches, for example, use movements made by LVMH’s Zenith brand, and Arnault said cooperation would increase after the deals.

Bringing the two companies under the same umbrella will ease Dior’s access to financing for stores and marketing as well as making it easier to move talent between the perfume and fashion arms, Arnault said.

“This is an operation that shows our confidence in the French economy as well as in LVMH going forward,” Arnault said at a press conference. “It will allow us to increase the synergies that already exist between LVMH and Christian Dior Couture.”