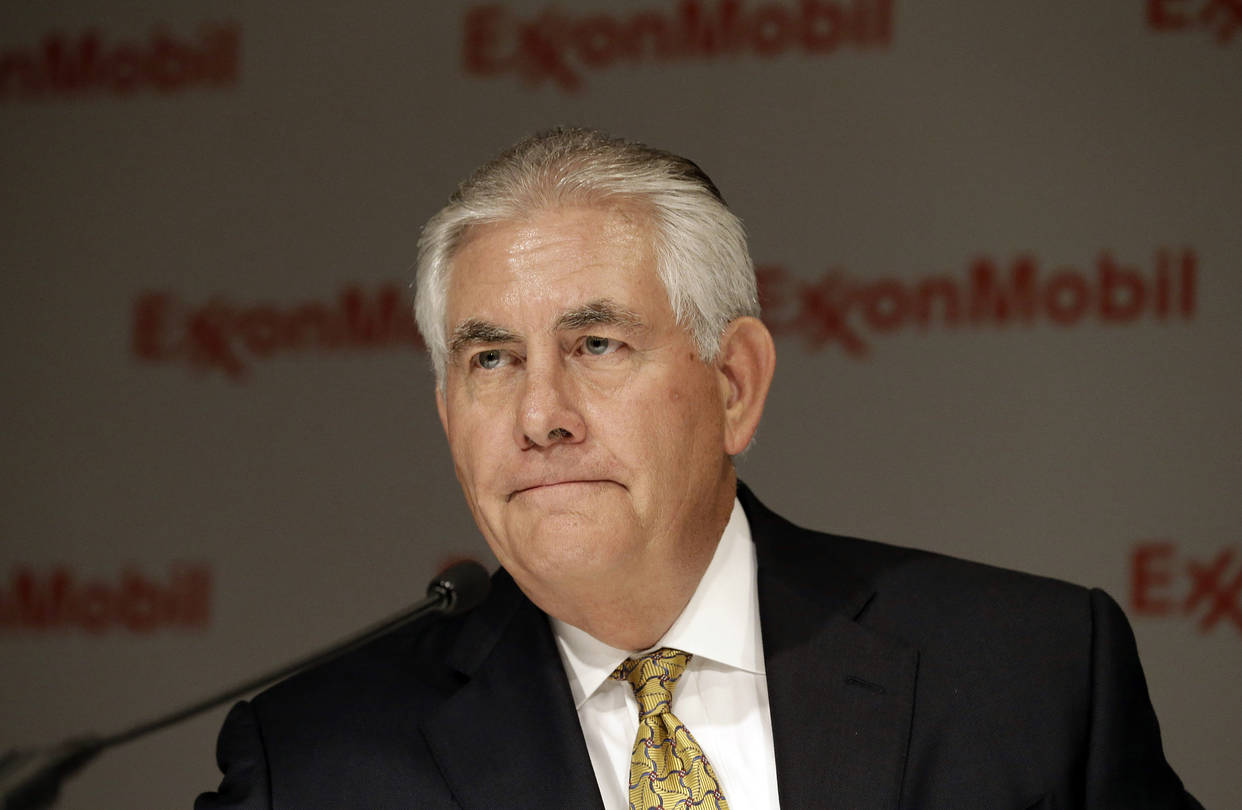 The U.S. Secretary of State, Rex Tillerson has commended Nigeria for the effective strategies adopted to combat the destructive activities of the Boko Haram terrorists, urging other countries of the world to learn the strategy deployed by Nigeria if the global terrorist group, ISIS must be defeated.

Tillerson gave the commendation at the meeting of the ‘Global Coalition Working to Defeat ISIS’.

The meeting was attended by Ministers of Foreign Affairs and senior leaders of the 68 countries of the global coalition working to defeat ISIS, in Washington, D.C.

Tillerson described the coalition of the Multi-National Joint Task Force against Boko Haram as a success story that the Global Coalition Working to Defeat ISIS must build on.

“Our information sharing as a coalition has prevented a number of attacks, and this must expand and accelerate regardless of departmental or international rivalries.

“One example of this is West African nations who have put aside national differences to combat Boko Haram. “Let us build on this good example,” the secretary of state said.

Tillerson commended Nigeria and the other neighbouring countries for putting aside their differences and uniting against Boko Haram.

“We know military strength will stop ISIS on a battlefield, but it is the combined strength of our coalition that will be the final blow to ISIS,” he said.

He said ISIS was connected across every continent, adding we must work to break every link in its chain.

“Our information sharing as a coalition has prevented a number of attacks, and this must expand and accelerate regardless of departmental or international rivalries.

“We also must look this enemy’s ideology in the eyes for what it is: a warped interpretation of Islam that threatens all of our people.

According to him, “many come from middle class or even upper class backgrounds, drawn to a radical and false utopian vision that purports to be based upon the Quran”.

“Muslim partners and leaders of their faith must combat this perverse ideological message. And we are grateful that so many have and are ready to take up this responsibility.

“But let me be clear: we must fight ISIS online as aggressively as we would on the ground.

“ISIS presents an ongoing challenge to our collective security, but as we have seen, it is not more powerful than we are when we stand together,” he said.

Nigeria’s Chief of Defence Staff, Maj.-Gen. Abayomi Olonisakin, emphasised the role of the coalition to defeat terrorists, drawing from the Boko Haram experience.

“The multinational joint task force is a good example of how a coalition can help tackle terrorism and extremism – in our case, the terrorist group Boko Haram,” Olonisakin said.

Nigeria’s defence chief said ISIS, just like Boko Haram, is a threat to collective global security and challenged the international community to act decisively to defeat the terrorist organizations.

“In the words of Secretary of State Tillerson, ISIS presents a great threat to our collective security. So we must act now.

“We must act collectively. We must act decisively to destroy ISIS and other terrorist organizations,” he said.

Among those who attended the meeting were the Chargé d’affaires of the Embassy of Nigeria in Washington, Amb. Hakeem Balogun and senior officials of the Ministry of Foreign Affairs.