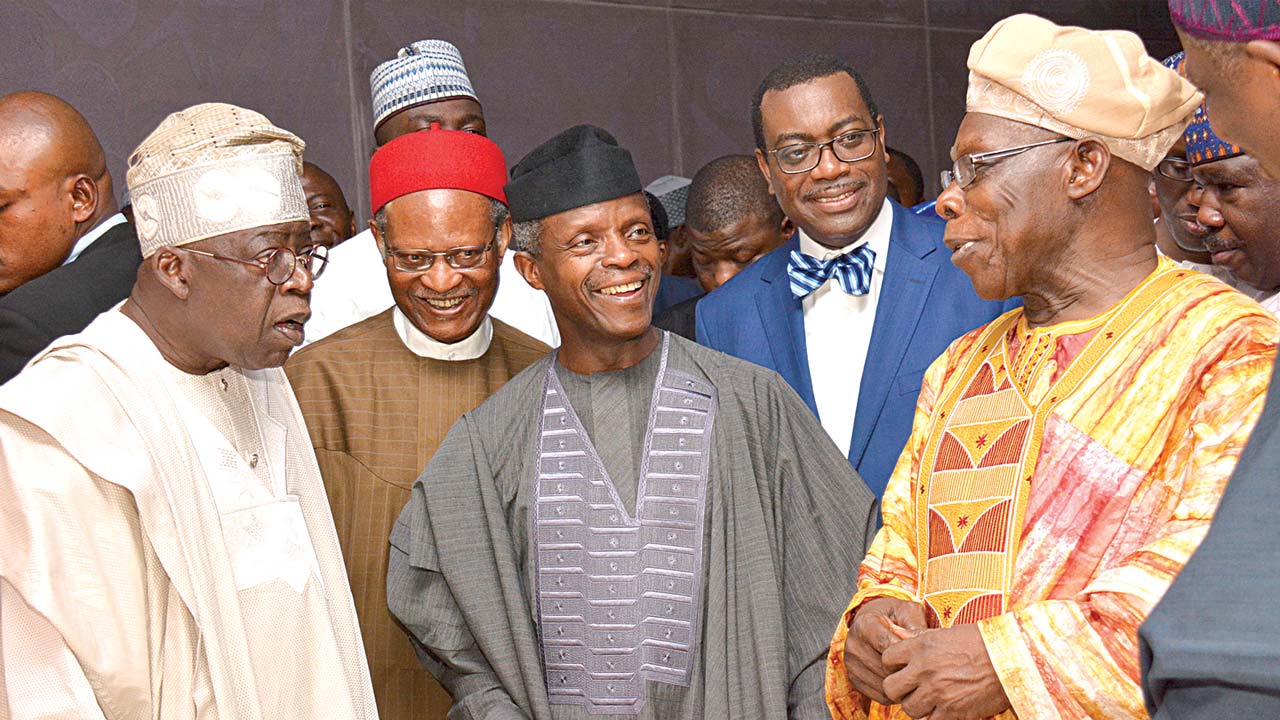 Nigeria made history, yesterday, with the commissioning of the first Presidential Library in the African continent.

The commissioning was part of activities to mark the 80th birthday of Obasanjo, who was Nigeria’s President between 1999 and 2007. The Library was launched in May 14, 2005. It is modeled along the American Presidential Library.

Sirleaf-Johnson, chairperson of the Economic Community of West African States (ECOWAS) and Acting President Yemi Osinbajo in their speeches extolled the virtues of Obasanjo and urged other African leaders to emulate his leadership qualities “by preserving the history and culture of their countries for posterity sake.”

Osinbajo described Obasanjo, who is the Chief Promoter of the Library as a world Statesman, a detribalised Nigerian and a gift to Nigeria and Africa in various ways.

The Acting-President who was full of praises to Obasanjo for preserving the history and culture of Nigeria, said the library would go a long way in teaching, not only young Nigerians but also adults, especially those aspiring to be future leaders.

Osinbajo said, “Baba Olusegun Obasanjo is certainly one of those rare human beings. There are at least two advantages to writing history, there is a personal one, you write a few nice things about yourself. But the most serious advantage is that it is one sure way of preserving the lessons, the failures and the successes of the past and also that we can approach the future with more sure-footedness and less pains.”

Sirleaf urged other African leaders to emulate Obasanjo and also do the same.

Her words, “History will bear truth to this precedent setting occasion in Africa that will spell a long legacy of successful retiring Presidents to record and preserve the history of nation building for prosperity and for the benefit of today and future generations.”

She advised “African children, adults, scholars everywhere and friends of Africa worldwide to visit this Presidential library as we have experienced today, feel the exhibits from the life and times of a great son of Nigeria and Africa, more importantly read, see, hear, feel and interact with history and culture.”

Obasanjo said the library was in fulfillment of his vision and mission he had in 1988 to collect and keep vital materials of the civil war.

He described the library as a centre of knowledge said the Library would also sustain culture and encourage tourism.

“Together we are making history today”, he said and commended former Ogun State Governor, Chief Olusegun Osoba and Governor Ibikunle Amosun for the roles they played in the actualisation of the Library.