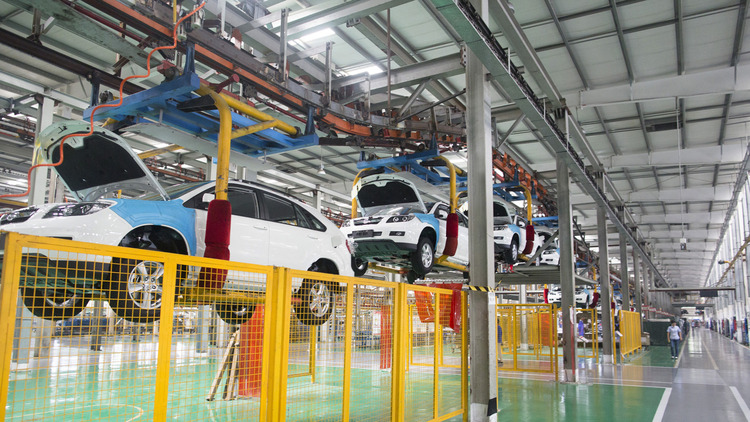 Two months after the Federal Government commenced implementation of its fiscal policy on importation of vehicles through land border, two vehicle terminals have claimed improvement in number of vehicles imported through their terminals. But they declined to give figures while expressing cautious optimism that things would be better from this month, indicating that the expected increase may have fallen behind target figures.

Government had on December 5 last year issued a circular directing that importation of used and new vehicles be restricted to the seaports, starting from January 1, 2017. However, cost, as a major challenge which led importers to route their vehicles through the neighbouring ports and drive them into Nigeria, remains unaddressed, raising uncertainty on the success of this new policy.

But speaking to our correspondent on the issue, the Public Relations Officer (PRO) of Tin Can Customs Command, Mr. Uche Ejiseme, stated: “There has been an increase in traffic but this winter season in Europe has made it not very high because some of the areas where these vessels ought to navigate through have been blocked because of the weather. This is the impediment but I’m confident that from the month of March we would begin to record large volumes of vessels coming in with vehicles and this implies that the revenue accruable for those imports would enhance our revenue base”

Though the management of PTML, the only terminal developed on green field basis solely for the import of vehicles in Nigeria pleaded caution in commenting on the turn of event as they said they were still watching the developments, the Command Public Relations Officer, PTML Customs Area Command, Mr. Steve Okonmah, noted that the effect of the restriction would become very visible by the end of February or early in March.

“I am happy to say that the volume of vehicles coming in is improving and it is expected to increase significantly by the end of February or at most early in March” he said. However, Vanguard learnt Federal Government may decide to soft-pedal on the policy as stakeholders’ protest on the issue may be receiving attention.

In response to a petition written by the National Council of Managing Directors of Licensed Customs Agents, (NCMDLCA) asking the government to extend the grace period for implementation of the policy, Mr. Ibrahim Abdul, an Assistant Director in the office of the Secretary to the Government of the Federation said that the authority was considering the extension.

It will be recalled that the NCMDLCA, had written to the Presidency saying that the ban of vehicles through land borders was against international trade laws. In a petition, the Council said that the laws of the World Trade Organization, WTO, stipulates that trade regulations and amendments with regards to restriction and reversal of Fiscal Policy on Trade, must be subject to process of consultation by trading public and transparency in the timing, so as to accommodate the challenges that maybe associated with the directive/regulation.

The convention according to the Council also stipulates that each contracting party shall provide opportunities and an appropriate time period to traders and other interested parties to comment on the proposed introduction or amendment of laws and regulations of general application related to the movement, release, and restriction of transit goods.