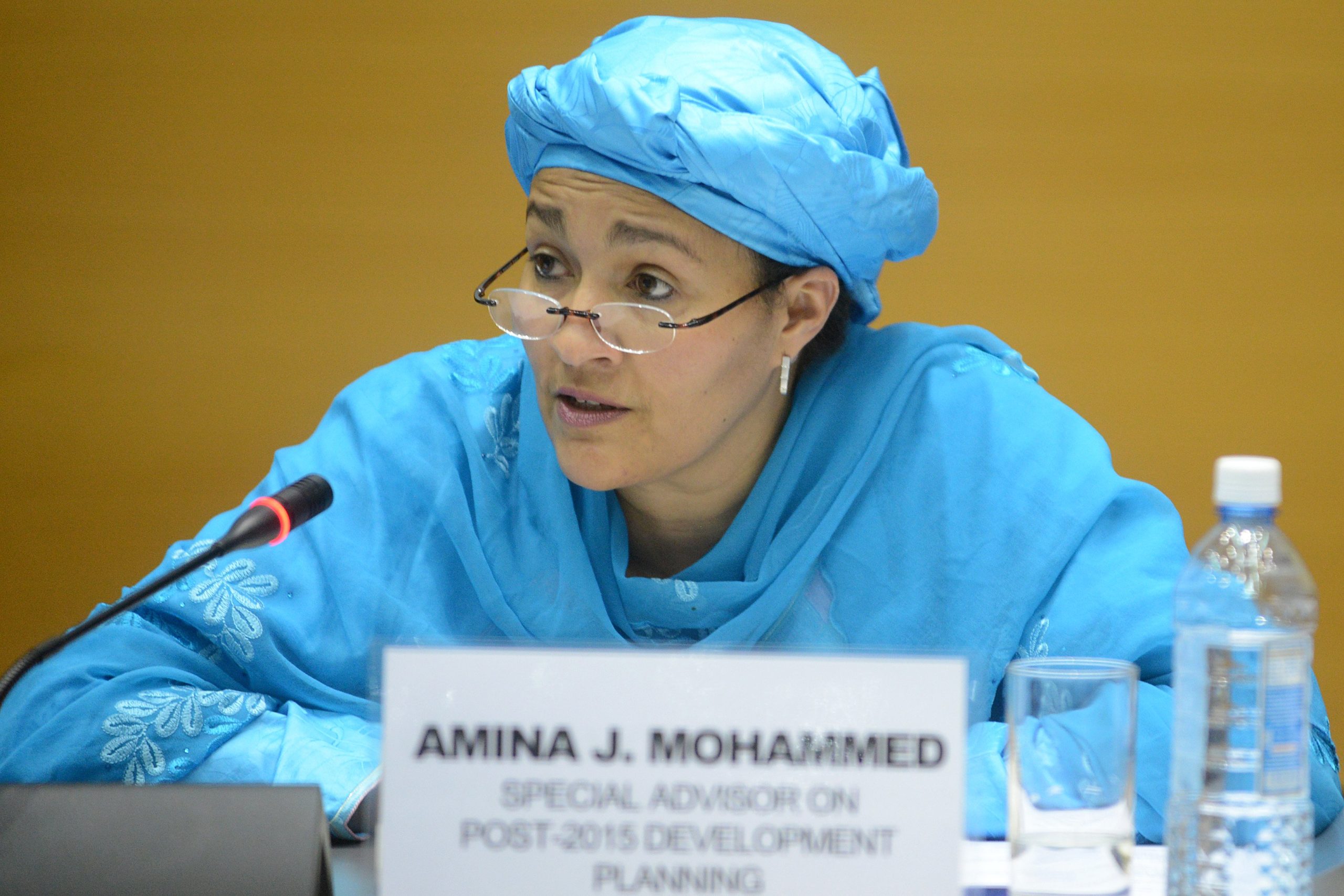 Former Minister of Environment, Ms. Amina Mohammed, will be sworn in today as the United Nations Deputy Secretary-General at the UN Headquarters in New York.

Mohammed, who was appointed by the UN Secretary-General António Guterres on December 15, 2016, as his deputy, was supposed to have assumed office on January 1, 2017.

She, however, delayed the assumption of her new role at the request of President Muhammadu Buhari to complete some ongoing responsibilities she was handling at that time.

The News Agency of Nigeria (NAN) reported that Guterres had, while announcing Mohammed alongside two other women appointees, described them as “highly competent.”

“I am happy to count on the efforts of these three highly competent women, whom I have chosen for their strong backgrounds in global affairs, development, diplomacy, human rights and humanitarian action.

“These appointments are the foundations of my team, which I will continue to build, respecting my pledges on gender parity and geographical diversity,” Guterres had said.

As the fifth Deputy Secretary-General, Mohammed will help to manage the UN Secretariat operations, and “ensuring inter-sectoral and inter-institutional coherence of activities and programmes.”

She will also support the Secretary-General in elevating “the profile and leadership of the UN in the economic and social spheres, including further efforts to strengthen the UN as a leading centre for development policy and development assistance.”

She was instrumental in bringing about the 2030 Agenda for Sustainable Development, including the SDGs. Before joining the UN, Mohammed worked for three successive administrations in Nigeria, serving as Special Adviser on MDGs.

She provided advice on issues including poverty, public sector reform and sustainable development, and coordinating poverty reduction interventions.
In accepting the appointment, the then environment minister said she would continue to lay strong foundations for the various ongoing initiatives critical to the Nigerian Government’s success in the environment sector.

Mohammed also thanked her colleagues and the various stakeholders in the environment sector.

“The next phase of my continued service to the people of Nigeria at the global level, will certainly build on the rich insights and lessons drawn from engaging with leaders, colleagues and stakeholders across our beloved nation.”

She recalled her positions of responsibilities over the last three decades and her contributions to the Millennium Development Goals (MDGs), the Sustainable Development Goals (SDGs), and recently working for environment protection as part of Buhari administration’s vision to transform Nigeria.