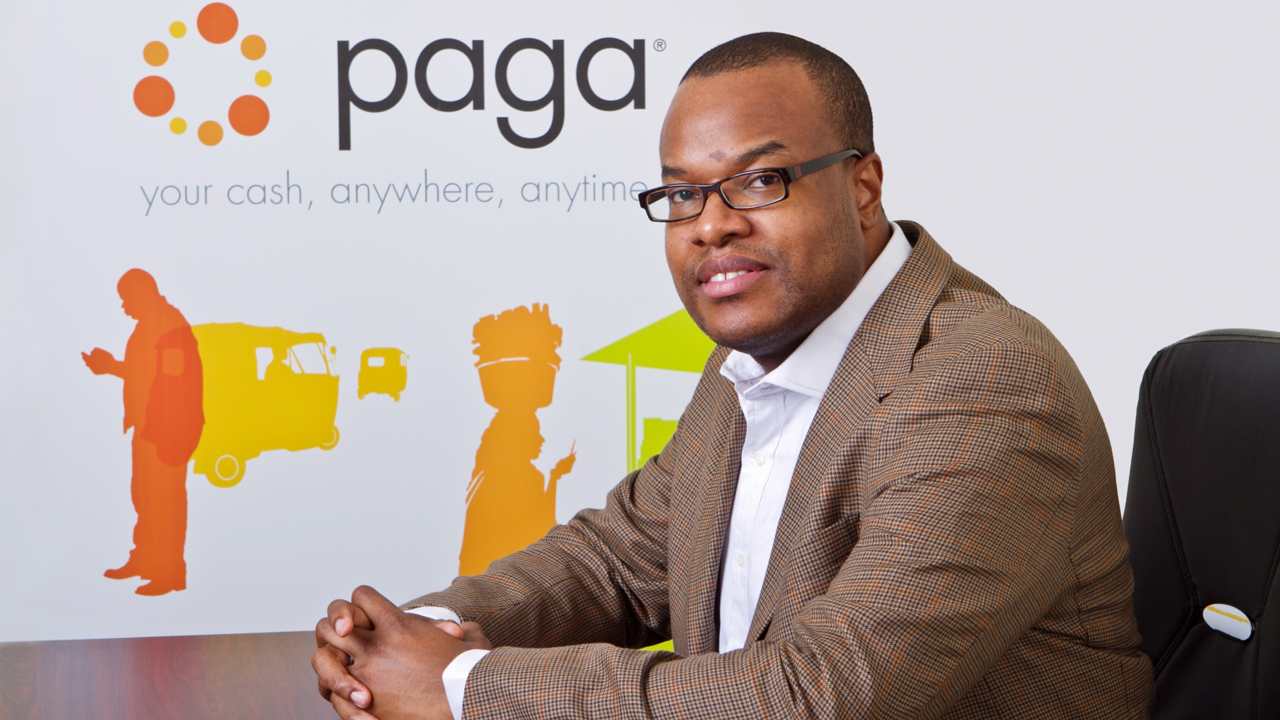 Paga, a payment and financial services company, yesterday announced that it recently went into partnership with MoneyTrans, a leading Money Transfer company and TerraPay to launch cross-border remittances from Spain to mobile wallets in Nigeria.

Paga in a statement said Nigerians in Spain can now send money to any mobile phone number in Nigeria through its platform, by visiting the nearest MoneyTrans store.

“The recipient can withdraw money from more than 11,000 Paga agents across Nigeria or make card-less withdrawal from ATMs. The recipient can also use the money to pay bills, buy airtime or send the money to any other phone number or bank account in Nigeria, among other services, “it stated.

The company added that the mobile based cross-border remittance service has been launched in Spain and will be followed by successive launches in Belgium, France and Italy in the coming weeks.

Commenting, the Chief Operating Officer of MoneyTrans, Mr. Jeremy De Smet said, “We are glad to take another huge step in enabling mobile money services in Africa. TerraPay is well positioned to offer a strong solution building upon and leveraging a major technical infrastructure that has been in place for many years in Africa.”

Speaking on the partnership Co-founder Paga, Jay Alabraba, said, “We are happy to collaborate with TerraPay and MoneyTrans in enabling secure transfers between Spain and Nigeria, the first of several important remittance corridors we will be launching together. By combining Paga’s extensive reach with the proven capabilities of TerraPay and MoneyTrans in the international remittance space, we are bringing to market a seamless and easy-to-use facility for Nigerians at home and in the diaspora.”

On his part, Founder and CEO of TerraPay, Ambar Sur said, “Nigeria presents a wide array of opportunities for companies like TerraPay, as it is the biggest remittances receiver in Africa. This partnership with MoneyTrans and Paga will play a pivotal role in cross border remittances in Nigeria, helping to reduce fees, improve speed and provide convenience for users. Nigeria is ranked sixth among the top remittance-receiving countries in the world. In 2015, the World Bank pegged remittances received in Nigeria at $21 billion.”

MoneyTrans started its business operations in 1991 by offering retail foreign exchange services in Spain. Activities grew over the years and were expanded to international money transfer services in 2002.Today MoneyTrans is established in eight European countries as well as in Africa, with a wider international network encompassing over 145,000 locations in more than 90 countries.

The tech-driven health care company is expected to expand access to quality Medicare for millions and revolutionize the health care value chain in Nigeria.

Feelers from a reliable source indicate that the management of Konga has secured all pending statutory approvals for the formal launch of the company. Further, the source disclosed that the management of Konga has been testing its robust technology, nationwide logistics; as well as its payment platforms in partnership with local and international players in the sector; ahead of the rollout in order to achieve a seamless experience from launch.

Meanwhile, the expected debut of Konga Health has also been confirmed by a confidential source at Konga.

The source, who spoke on the condition of anonymity, revealed that the startup will radically improve the speed at which quality drugs are delivered nationwide to pharmacies, hospitals and other health services providers; while also boosting structured last mile delivery to patients and other end-users across Nigeria.

In addition, he disclosed that Konga Health will power an unprecedented level of digital health democracy in Nigeria; adding that the company may possibly launch a globally rated blood bank across the six geo-political regions in Nigeria; using cloud-based digital sensors to monitor secure cold rooms in its facilities.

‘‘I can assure you that it is an ambitious project which serious local and international donor agencies; government at all levels, the public sector and corporate organizations will leverage to deliver quality health programs; backed by reliable data at the least cost to the remotest villages,’’ the source stated.

Konga Health was initially due for launch in September 2019.

However, the management of Konga had pushed back the rollout due to delays encountered with approvals from statutory bodies.

Jack Dorsey, Twitter co-founder on Monday announced Ghana has been chosen as African Headquarters over Nigeria despite the tech giant having the largest African users and revenue from Nigeria.

The announcement was made by both Dorsey and Nana Akufo-Addo, President of Ghana.

“The choice of Ghana as HQ for Twitter’s Africa operations is excellent news. Government and Ghanaians welcome very much this announcement and the confidence reposed in our country,” said Ghanaian President Nana Akufo-Addo.

President Akufo-Addo, who held a virtual meeting with Jack last week, said  “As I indicated to Jack in our virtual meeting on 7th April 2021, this is the start of a beautiful partnership between Twitter and Ghana, which is critical for the development of Ghana’s hugely important tech sector. These are exciting times to be in and to do business in Ghana.”

It was shocking that in spite of Dorsey visiting Nigeria, investing and supporting several startups like Mark Zuckerberg has been doing since he first visited Africa’s largest economy, there were several issues like unclear policy path, basic amenities, unnecessary bottleneck because of bribery, etc that were more imperative to Twitter future in Africa than what Nigeria is presently offering despite its potential.

While it was obvious that Nigeria remains a target given its huge potentials, Twitter preferred to operate from outside with manageable proximity unlike if it was in South Africa like Facebook.

According to Twitter, in a statement released on Monday, the decision was based on Ghana’s openness towards the internet and handling of AfCFTA released matters.

“As a champion for democracy, Ghana is a supporter of free speech, online freedom, and the Open Internet, of which Twitter is also an advocate. Furthermore, Ghana’s recent appointment to host The Secretariat of the African Continental Free Trade Area aligns with our overarching goal to establish a presence in the region that will support our efforts to improve and tailor our service across Africa,” the statement read.

As a Nigerian, this is not good given that we have a huge unemployment rate at 33.33 percent, a weak GDP growth rate at 0.11 percent, a rising inflation rate at over 17 percent, weak revenue generation and low foreign reserves. This would have been an opportunity to boost each of those metrics and also sell the nation as a true tech hub to other establishments.

In recent months, several of Nigeria’s startups have raised huge capital with the latest coming from Appzone that raised $10 million after Paystack was acquired for over $200 million. Kuda Bank, Bankly, etc have gone on to raised mouthwatering amounts to further deepen their presence across Africa but lack of infrastructure, stable policy and genuine internet openness continue to impede Nigeria’s true potential as leading Africa’s tech nation. 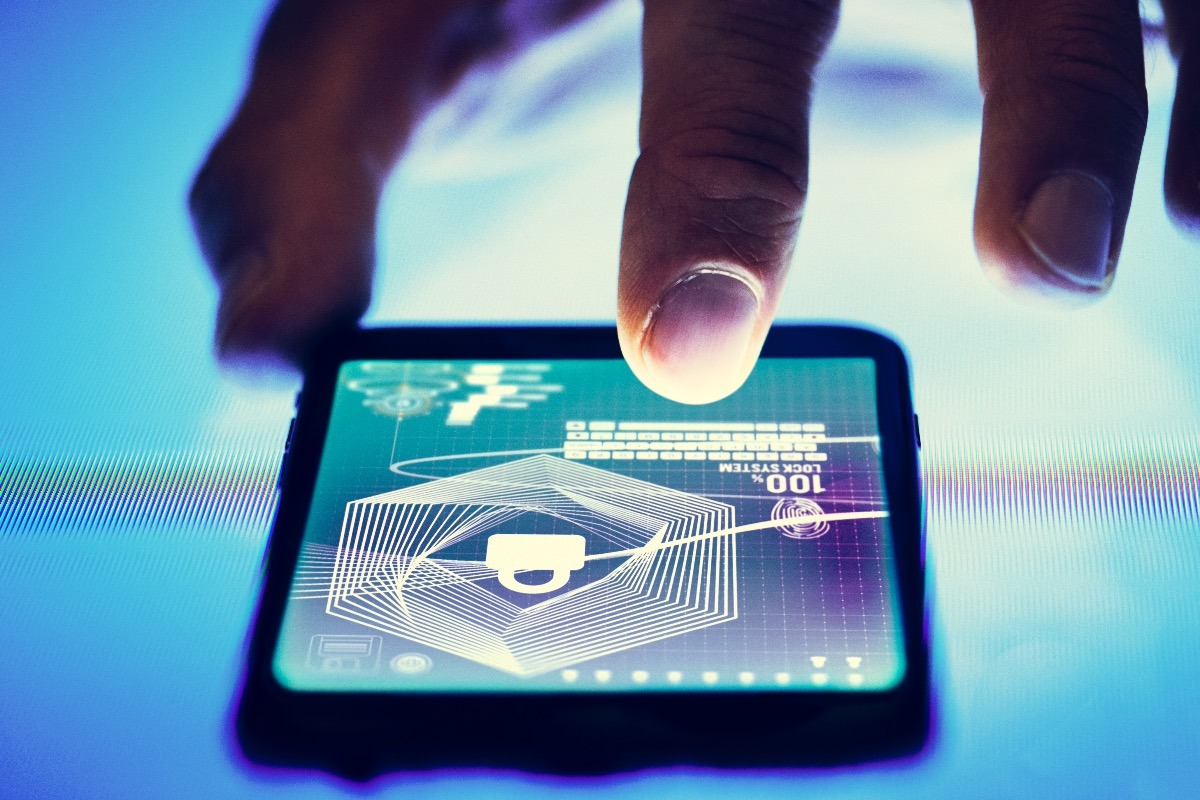 European technology companies Evina and Telecoming have signed a global alliance to work hand in hand in promoting DCB as the safest and most appropriate payment method in the new mobile economy and, in particular, for the fight against fraud.

The agreement deals a body blow to the mobile fraud that cost the African continent over USD 4 billion last year. DCB is the most suitable payment technology for millions of unbanked Africans who appreciate its unparalleled reach and convenience. The agreement between Evina and Telecoming; both with operations in 15 African, Middle Eastern and European countries; now makes mobile-based transacting even safer.

Telecoming is the leading expert in DCB since 2008 and Evina is the reference in the fight against digital fraud. With this alliance, both organizations combine their expertise to develop the industry and boost mobile payment security.

Roberto Monge, COO of Telecoming, states “Direct carrier billing has been growing in the new digital economy. It is a technology with enormous potential that benefits all players in the mobile environment. With this alliance, we want to place DCB at the forefront of the payments industry and reinforce our commitment to the development of a transparent, secure and stable mobile economy“.

David Lotfi, Evina’s CEO: “The potential of DCB is widely underestimated by mobile operators and other market players. This is mainly due to the fact that DCB is currently adversely affected by fraud. By protecting the mobile payment ecosystem, we aim to sustain DCB’s growth and help all players flourish in this ecosystem.”

The alliance aims to educate on the vast potential of direct carrier billing through the DCBMaster service that allows users to measure their exposure to fraud, as well as their market and regulations knowledge.

The alliance will also enable the launch of the first global DCB indicator. This DCB Index will measure the maturity of the DCB market in different regions, based on the analysis of four indicators: Fraud protection, Innovation, Penetration in the Digital Industry and Growth Potential.