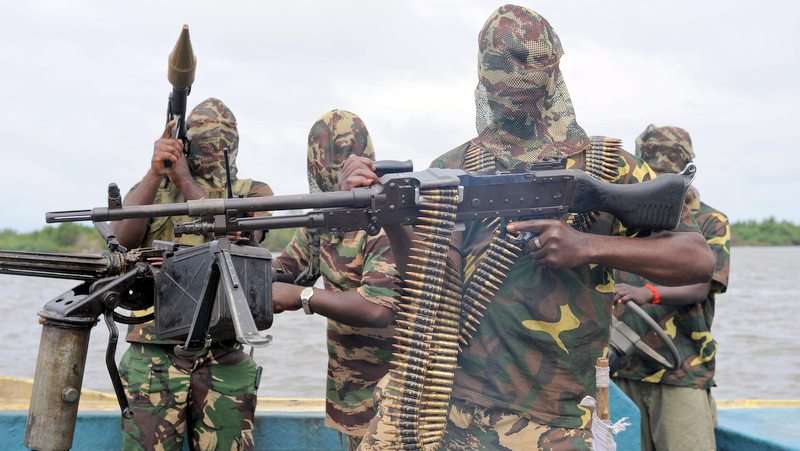 The House of Representatives, on Monday, queried contracts worth over N450bn awarded under the Presidential Amnesty Programme between 2010 and 2015.

The House Committee on Public Procurement and the Committee on Niger Delta are investigating the contracts, which were meant to execute projects for the rehabilitation of ex-Niger Delta militants.

The Lead Chairman of the hearing, Mr. Oluwole Oke, said documents obtained by the House showed numerous breaches of the Public Procurement Act, 2007, by the officials of the Presidential Amnesty Office.

They allegedly “colluded” with many companies that had doubtful background to execute the contracts.

Oke also said the over 300 firms that handled the controversial contracts did not register with the Corporate Affairs Commission.

The Federal Inland Revenue Service also wrote the House to say that many of the firms had no tax clearance certificates.

Oke added, “Over N450bn was committed to the programme under former President Goodluck Jonathan.

“We are out to find out how the money was utilised; this is not a witch-hunt, but this hearing is to find out the truth.

“FIRS, CAC, the Industrial Training Fund, they wrote us on the status of these companies with them.

“We have to ask these questions because the Amnesty programme was a good intention by the Federal Government under the late President Umaru Yar’Adua to address the challenges in the Niger Delta region.

“At a time we are facing economic recession, we are aware that the Niger Delta is key to our (economic) recovery.

“So, if so much money was committed to resolving those challenges and we are still where we are with the same problems, we have to ask questions.”

As the roll call of former Special Advisers to the President on Amnesty Programme was taken, only Mr. Timi Alaibe was present at the hearing.

Mr. Kingsley Kuku, who headed the office up till the time the Jonathan’s administration wound down in 2015, did not honour the committee’s invitation.

However, Alaibe informed the committee that he was ready to cooperate with the investigation.

He told the lawmakers how the “protocol” of the Amnesty programme was jettisoned after he left office.

Alaibe stated, “There was a protocol of the Amnesty programme. Was it followed?

“There were five pillars of the programme. What the committee is looking at here is only the procurement.

“But, I have a detailed record of what we did before we left office.”

A former Director of Procurement at the Amnesty Office, Mr. Tikolo Phillip, came under a barrage of questions from lawmakers when he claimed that the office complied with all procurement requirements in awarding the contracts.

When confronted with the evidence that FIRS, CAC and ITF’s reports discredited the firms which handled the contracts, Phillip replied that they “met minimum requirements of law.”

According to him, some companies merely produced evidence of sworn affidavit attesting to their competence and qualifications.

However, he admitted how under Kuku, some contracts were awarded in line with the urgency to mobilise ex-militants to camps for training.

Some ex-militant leaders, who came to the hearing, created a mild drama when they accused “political leaders” in the Niger Delta of being responsible for the non-implementation of the programme.

One of them, ‘General’ Morocco Wilifred, alleged that N500m was set aside to take care of the welfare of ex-militant leaders shortly before President Muhammadu Buhari assumed office in 2015.

He alleged that the money “disappeared” within a few days without traces.

Wilifred added, “The N500m was meant to be shared to 53 ex-militant leaders. The money disappeared.

“Our Niger Delta political leaders are the people destroying the region. They will tell you that they trained some of the boys, but they don’t even know anything.

“Some trainees were sent abroad, but they were sent back to Nigeria because they stopped paying their bills.”

Another ‘General’ David Ogwekpe, claimed that Kuku “tortured” some ex-militants for daring to confront him over the non-implementation of some rehabilitation projects.

Ogwekpe alleged that at a point, the amnesty funds were being rationed out to family members by officials.

“They were busy sharing the money to themselves and family members. The main people (ex-militants) were sidelined and they turned the amnesty programme to a political programme,” he said.