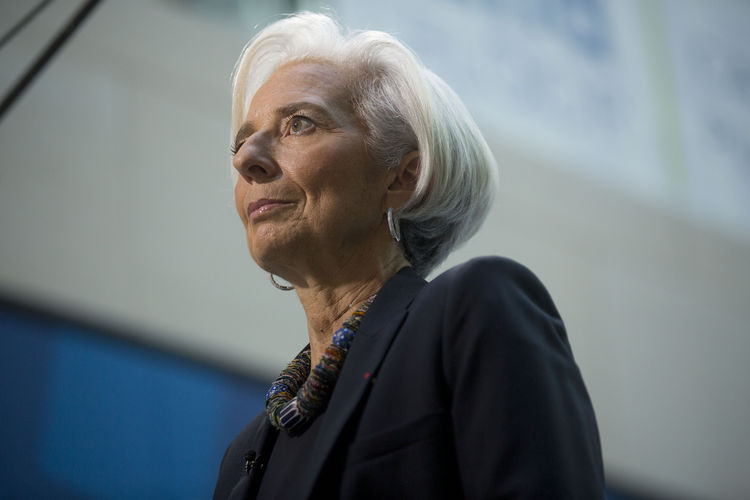 The student is halfway through her question to Christine Lagarde when the power cuts — a reminder of the obstacles facing Africa’s poorest nations.

The head of the International Monetary Fund doesn’t miss a beat.

“As you can see, building better infrastructure — roads, the Internet, electricity — is important,” she tells the university students who came to hear her speak in a sweltering classroom in Bangui, capital of the Central African Republic. Save for a few flickers, the rest of the event, also attended by President Faustin-Archange Touadera, proceeds in darkness.

Five years ago, sub-Saharan Africa was being hailed by Time magazine as the world’s “next economic powerhouse.” The growth of economies such as Kenya and Ethiopia fed the idea of ‘Africa Rising,’ the title of an IMF conference held in Mozambique in 2014, and raised hopes that the continent was beginning to succeed in fighting extreme poverty.

The outlook is much dimmer now. Growth in sub-Saharan Africa likely fell to its lowest level in more than two decades last year, according to the Washington-based fund. While it’s expected to pick up this year to 2.9 percent, that’s a far cry from the 6.6 percent pace the region averaged in the five years before the global financial crisis.

The slump in commodity prices has been the strongest headwind, sideswiping the region’s three biggest economies: Nigeria, South Africa and Angola. Other factors have played a role, such as drought in east and southern Africa and unrest in countries that had been on the rise, such as Ethiopia, where foreign investment has dropped after anti-government protests.

Civil war has undermined development in countries such as South Sudan and Central African Republic. In Bangui, Lagarde and her staff traveled in armored convoys protected by United Nations troops alert for any further outbreaks of fighting between militias.

Still, Lagarde warns against writing Africa off. “We should guard against swinging from the strong optimism of recent years about sub-Saharan Africa’s prospects to excessive pessimism,” she said in an interview in Uganda’s capital, Kampala, on her way to meet with President Yoweri Museveni.

Lagarde stressed the importance of strong government institutions on her trip last month, which also took her to Uganda and Mauritius. She urged African countries to reduce inequality even as they strive for growth. And at a time when protectionist sentiment is sweeping the developed world, she argued that regional economic integration might help countries like landlocked Uganda, which is preparing to tap its oil reserves.

The region’s slowdown masks vasts differences in economic fortune, according to Lagarde, sensitive to the fact that her own institution has promoted the Africa Rising narrative. “We cannot really talk about sub-Saharan Africa as a single entity,” she said in the interview. “We have to talk about each and every country.”

Adjustment has been slow in the hardest-hit nations, which have relied too much on stopgap measures such as monetary easing and falling into arrears on payments, according to the IMF. Instead, countries should let their currencies adjust to the shock and take steps to balance budgets, the fund says.

In the Central African Republic, where income per person is among the lowest in the world, even collecting taxes is a challenge. Tax revenue amounts to only slightly more than 7 percent of gross domestic product, compared with more than 25 percent in South Africa.

IMF staff have been advising the government on everything from collecting taxes to gathering and reporting economic statistics as part of a three-year $116 million concessional loan the fund committed last year.

Maintaining security will be crucial to recovery. At a Catholic church in the capital, more than a hundred refugees live in the courtyard in UN-issued tents. Most fled the area known as PK-5 amid fighting between Christian and Muslim militias.

“There’s peace, but people doubt it will last,” said Magloire Malissagba, coordinator of the refugee camp. “No one trusts the government to make things better.”

In such situations, the IMF’s role is closer to that of an emergency-ward doctor, said Lagarde. “We try to help them rebuild capacity, because generally, the capacity of the country has been destroyed.”

DMO: Nigerian Economy Too Strong to Ask for Debt Forgiveness