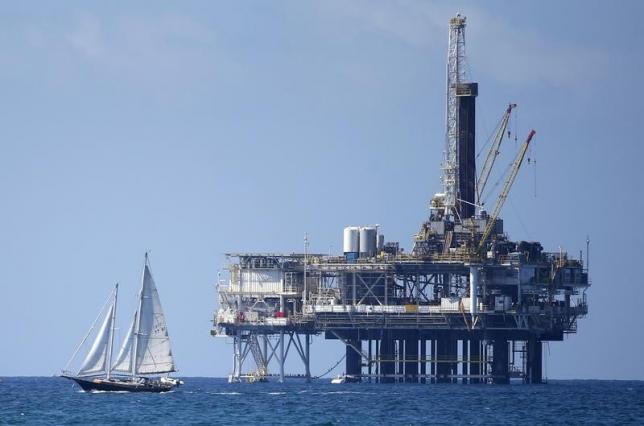 A Federal High Court in Abuja, on Thursday, ordered the interim forfeiture of Oil Prospecting Licence (OPL 245) to the Federal Government pending when “investigation and prosecution” of suspects in the $1.1bn Malabu Oil scam would be completed.

Justice John Tsoho granted the order in a bench ruling which he delivered in an ex-parte application moved by the Economic and Financial Crimes Commission’s lawyer, Mr. Johnson Ojogbane, on Thursday.

The OPL 245, an oil field believed to be the largest in Africa with over nine billion barrels of crude, was said to have been fraudulently acquired from the Federal Government by Malabu Oil and Gas Limited in 1998 and afterwards offered to oil giants, Shell and Agip, in an alleged shady deal.

While moving the application, which was dated and filed on January 11, 2017, Ojogbane urged the court to grant the order “pending the investigation and prosecution” of the suspects named in the scandal.

Ojogbane, in his second prayer, sought “an interim order of this honourable court directing that the property known as Oil Prospecting Licence (OPL 245) be managed by the Department of Petroleum Resources on behalf of the Federal Government of Nigeria pending the conclusion of investigation and prosecution” of the suspects.

Ruling, after listening to Ojogbane, on Thursday, Justice Tsoho ruled, “After consideration of the entire materials furnished by the applicant in support of the application dated and filed January 11, 2017, I am satisfied with the materials.

“The application is granted as prayed.”

Though, the EFCC had, earlier on December 20, 2016, filed charges against some of the suspects, including the immediate past Attorney General of the Federation and Minister of Justice, Mr. Mohammed Adoke, the order obtained by the EFCC on Thursday appeared to have set the stage for the prosecution of more suspects.

The anti-graft agency, in the charges with suit number, FHC/ABJ/CR/268/2016, accused Adoke of illegally transferring over $800m purportedly meant for the purchase of the OPL 245 to Etete and Malabu Oil & Gas Limited from a Federal Government account.

Meanwhile, the EFCC, in its affidavit filed in support of the ex parte motion, seeking the interim forfeiture of the OPL 245, stated that it was in the process of “preferring a further charge” against “Shell Nigeria and Nigeria Agip Exploration.”

An operative of the EFCC, Mr. Ibrahim Ahmed, who deposed to the affidavit, narrated the roles of various individuals, including Etete and Adoke, and other corporate organisations in the alleged fraud.

The EFCC opertive stated in part, “Investigation further revealed that the Federal Government was defrauded by SPDC (Shell) and Malabu Oil and Gas Ltd by under-paying the sum of $210m as signature bonuses on OPL 245.

Ahmed, who revealed details of the outcome of investigations conducted on the scam by the EFCC and its foreign partners, stated that Italian police had conducted “extensive investigation on the fraud committed by Shell Nigeria, Agip and Malabu Oil and Gas Ltd, culminating in a criminal charge at the Ordinary Court of Milan”.

Those charged by Italian police, according to EFCC, are “Royal Dutch Shell Plc, Eni Spa, and one Scaroni, who was its Managing Director while Descalzi was also the General Manager Exploration of Eni.

Ahmed said others being prosecuted in Italy were “Casula and Armana, who were senior executives of Nigeria Agip Oil Company and one Dan Etete and other co-conspirators”.

Giving indication that Shell and Agip would also be charged in Nigeria, the anti-graft agency stated, “The Federal Government of Nigeria has filed a criminal charge with number FHC/ABJ/CR/268/2016 against Dan Etete and two others five Nigerian companies.

“In furtherance of paragraph 10 above, the Federal Government of Nigeria is in the process of preferring a further charge bordering on conspiracy, bribery, official corruption and money laundering against Shell Nigeria and Nigeria Agip Exploration.”

The EFCC’s operative said investigation by the commission revealed that Malabu Oil and Gas Limited was incorporated in Nigeria in April 1998, with shareholders, namely Mohammed Sani, allegedly fronting for his father, the then Head of State, the late Gen. Sani Abacha; one Kweku Amafegha, said to be representing Dan Etete, who was then the Minister of Petroleum Resources; and Hassan Hindu “on behalf of Ambassador Adamu.”