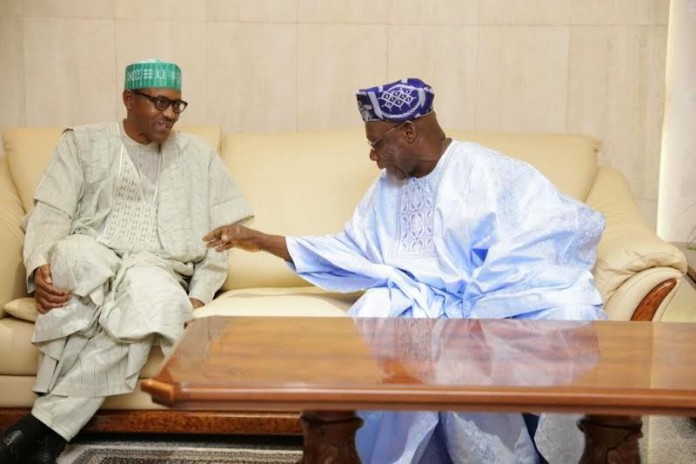 A youth political interest group, the Northern Progressives Youth Initiative, has asked former President Olusegun Obasanjo to stop playing God over his penchant to always make recommendations on the leadership of the country.

Referring to his recent pronouncement that the South-east would produce the country’s president in 2019,the group described such move as unbecoming, adding that it portrays him as having foreknowledge of the future.

The group in a statement signed by its Secretary-General, Mallam Gazali Abdullahi, said the statement credited to the former president was

The statement noted that “while President Muhammadu Buhari is on vacation and with so much fuss over the president’s decision to undergo medical examinations during his vacation, it is confounding to find an elder in the status of a former president needlessly criss-crossing the length and breadth of the country and discussing a successor to a sitting president.

“In his days as a sitting president, everyone knew that such a crass remark would have passed as a felony by Obasanjo’s own standards. And, for someone who had publicly claimed to have retired from politics, one wonders on what auspices Obasanjo thinks he can unilaterally determine which region produces the president for a country of almost 180 million people, or if integrity has any interpretation in Obasanjo’s dictionary.”

The statement pointed out that judging by his conduct after his exit from the presidency, Obasanjo has clearly shown that he is not to be a friend of the North.

“In the trying times of late former President Umaru Musa Yar’Adua, it was the same Obasanjo who said all manner of unprintable things against the late president even when he was battling for his life on his hospital bed.

“This time again, Obasanjo has shown his hands that he is neither a friend of President Buhari nor is he a friend of the North. But as far as 2019 is concerned, we want to make it equivocally clear that only God, through the ballot of majority of Nigerians, and not one man can decide who the president of Nigeria will be in 2019,” the statement said.

ECOWAS Troops to Stay in Gambia for 6 Months