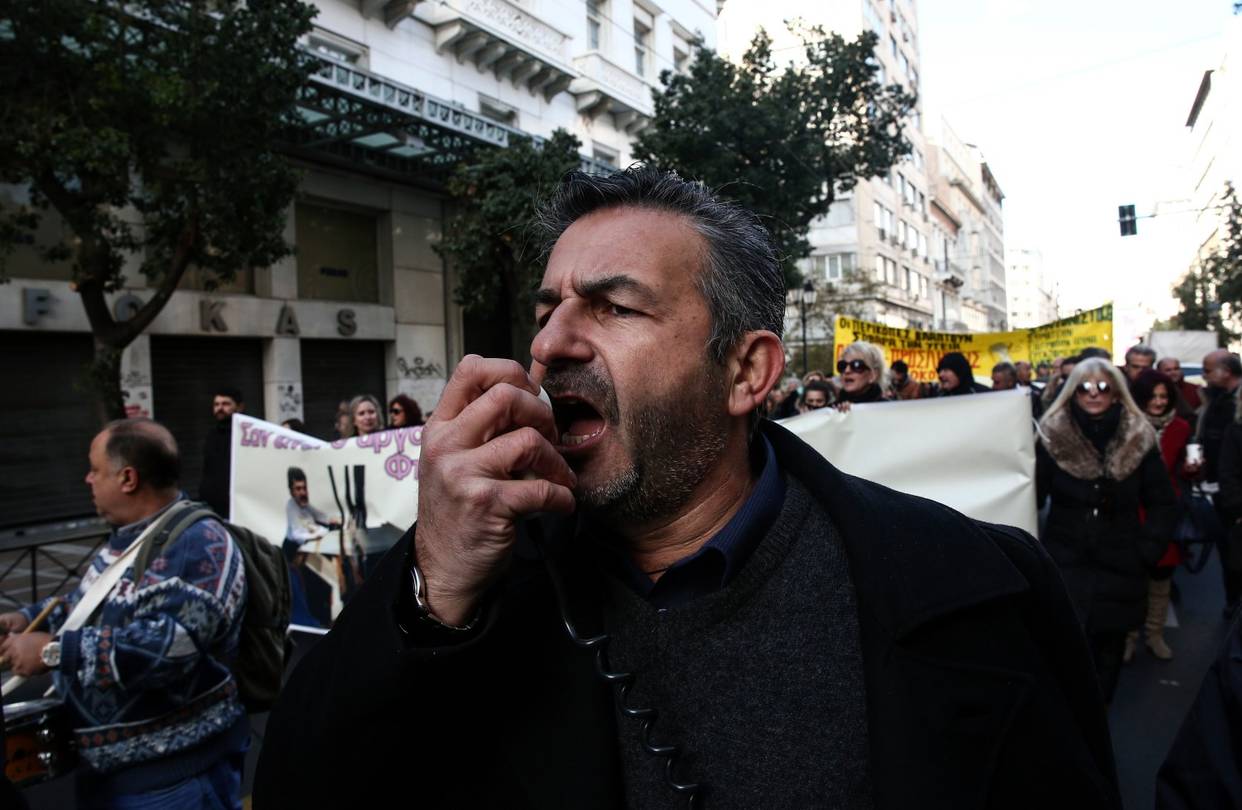 Greece’s European creditors suspended proposed debt-relief measures for the country after the Greek government surprised them by announcing it would boost welfare benefits for low-income pensioners, a sign of escalating tensions over the country’s bailout.

The moves come as Athens and its international creditors—which include the eurozone and the International Monetary Fund—are struggling to conclude their latest review of the country’s rescue plan of as much as €86 billion ($92 billion) in loans.

“The institutions have concluded that the actions of the Greek government appear to not be in line with our agreements,” a spokesman for Jeroen Dijsselbloem, the Dutch finance minister who presides over the group of his eurozone counterparts, said in a statement on Twitter.

“No unanimity now for implementing short-term debt measures,” he added.

The step puts further pressure on Greece’s government, which is considering calling snap elections in 2017 as it grapples with slumping popularity and is losing hope of winning concessions on deeper debt relief or austerity from the eurozone and the IMF.

Mr. Tsipras promised 1.6 million pensioners a Christmas bonus of between €300 and €800. He also suspended a planned increase in sales tax for Aegean islands that have received large numbers of refugees from the Middle East and elsewhere.

Eurozone officials expressed frustration that the country’s creditors were not told in advance by Greece of its plans—widely seen as a lure to voters ahead of elections—and said the new measures would have to be assessed to determine whether they were in line with the country’s bailout commitments.

“We will adhere to the [bailout] program to the letter, but whatever outperformance in revenue arises by following to the program, we will not ask anyone in order to give this money to those most in need,” Mr. Tsipras said Tuesday from the small island of Nisyros.

He stressed that the Greek government wouldn’t ask for permission to support those in need and spoke of “fool technocrats…who can’t even get their numbers right.”

Greece registered a primary budget surplus of €7.4 billion in the year to November, data from the finance ministry showed Wednesday, beating its target by nearly €4 billion because of lower spending and higher revenues.

But eurozone officials cautioned that the recent escalation would likely lead to further delays in the negotiations, which are already expected to go into the new year.

The situation has been further complicated by disagreements among Greece’s creditors over the level of the surplus that Greece must sustain and the economic overhauls it should be required to undertake.

The IMF has pressed Europe to reduce Greece’s budget target to a primary surplus of 1.5% of gross domestic product, instead of the current goal of 3.5%. But European governments, led by Germany, are unwilling to agree, partly because Greece would then need even more debt relief.

This month, eurozone finance ministers agreed on a package of debt-relief measures to be implemented in the short term that could ease the country’s debt load by around a fifth by 2060.

“In order to turn the bailout program into a success, it is imperative that measures should not be unilaterally decided or reversed without notice,” the ministry said.