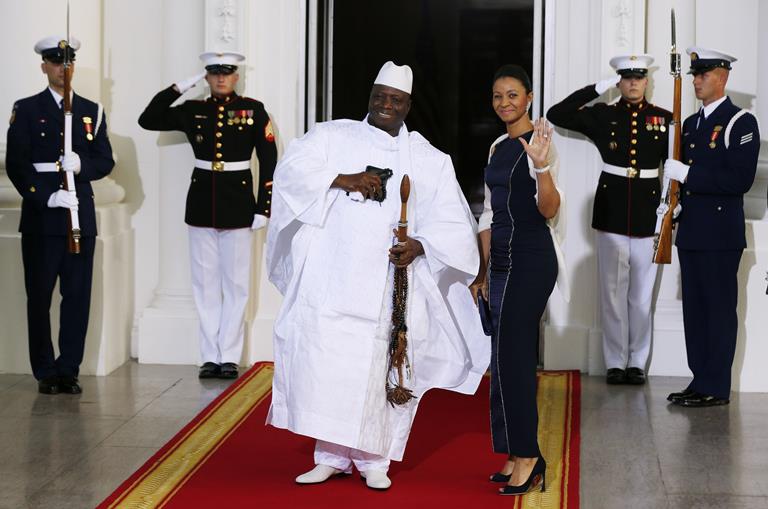 The Gambian Bar Association has warned that Ex-President Yahya Jammeh, who first accepted his loss of the presidency in this month’s election only to reject the result, is attempting to use judicial officers imported from Nigeria to remain in office.

The Gambian judiciary is led by Chief Justice Emmanuel Fagbenle, a Nigerian national. In a statement, the Gambian Bar said they have “absolutely no confidence” in Fagbenle, citing many instances of his close investment in the Jammeh presidency, and affirming that he is at the helm of Jammeh’s plan to undermine the will of the Gambian people.

“There is a total breakdown of the rule of law and the Chief Justice has been known to carry executive directives in matters of the state interest,” the Gambian Bar said, adding that it wished to bring this issue to the attention of the Nigerian Government.

The lawyers noted that there has been no Session of the Supreme Court of the Gambia for almost two years, in contravention of the law. It said that the only Judge appointed to sit on the Supreme Court is Chief Justice Fagbenle, and that whenever there is an intention to constitute a Supreme Court, he and the Attorney General would handpick qualified lawyers or judges from commonwealth countries who would visit the Gambia for a two-week duration and are appointed by the President for that purpose to dispose of cases.

“It is clear that Jammeh did not expect to lose the election and did not deem it fit to have a sitting permanent Supreme Court. This has inured to his benefit for the last two years during which several cases have sat unheard by a Supreme Court. Case in point is the appeal by the United Democratic party against the conviction of its party leaders.”

Insisting that Fagbenle is “clearly unfit” for the constitutional role of Chief Justice and will certainly take steps to attempt to extend the illegal regime of Jammeh, the group pointed out that there are also seven judges of the high court, all appointed in 2016, and all handpicked from Nigeria.

“These persons have never been judges or sat in a judicial capacity,” the lawyers said. “They were imported and appointed and have demonstrated in several high-profile judgments that they will not take any steps contrary to the will of the President.

“It is, therefore, a vital priority for the Government of Nigeria and all Bar Associations to condemn the actions and capacity of all judges of foreign nationality currently sitting in Gambia and call for their immediate repatriation to prevent them from undermining the will of the Gambian people,” they added.