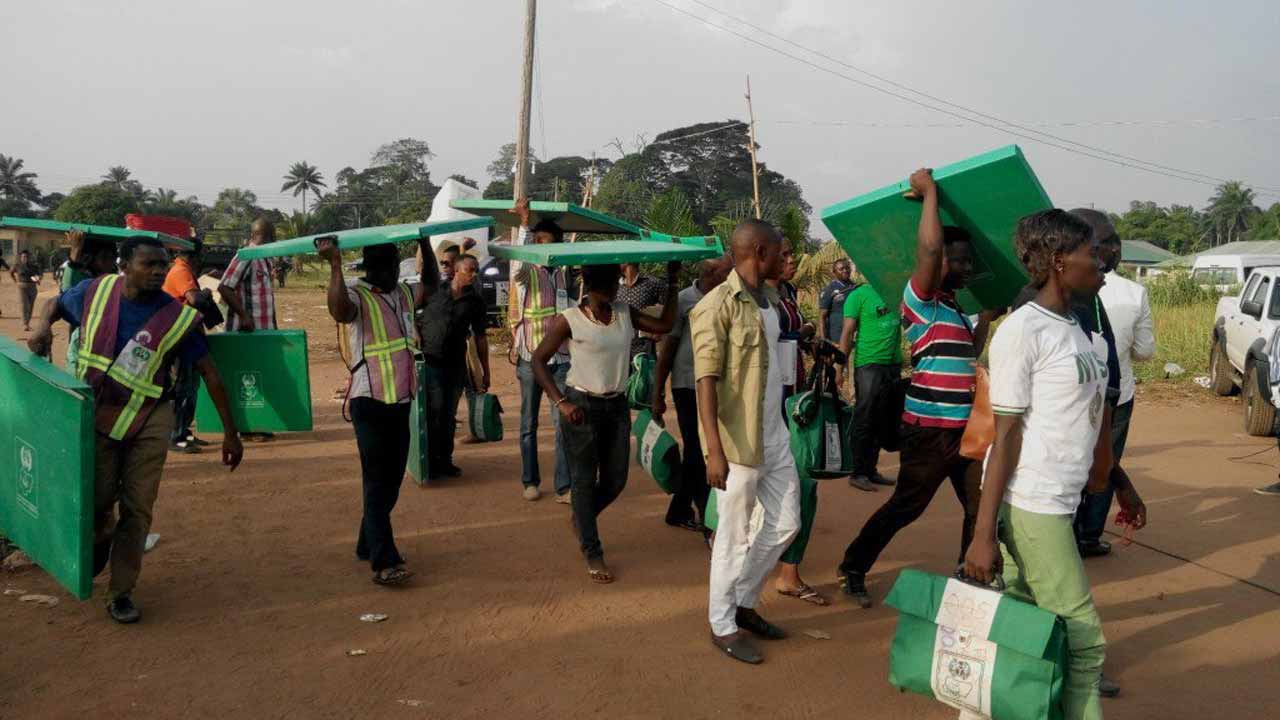 Anxiety has been mounting in Rivers State as political parties jostle to win 37 national and state legislatives seats today.

Meanwhile, an atmosphere of uncertainty has beclouded the elections, particularly in Tai Local Government Area where the Independent National Electoral Commission (INEC) said it would conduct election in the remaining few wards , irrespective of a Federal High Court order that elections should be held in the entire area.

Over 30,000 security personnel comprising the police, army, navy and other para-military agencies have been deployed to the entire 23 local councils where the re-run elections are taking place today.

Eyewitnesses in Abonnema, Bonny, Buguma and other riverine communities told The Guardian that the Inspector General of Police, Ibrahim Idris, has deployed gunboats to these communities to police the waterways and enforce the restriction of movement order.

Heavy security has been mounted around INEC offices across the State, even as the electoral body started the distribution of sensitive electoral materials yesterday to the Local Government Areas of the State.

Meanwhile, Rivers State Resident Electoral Commissioner, Aniedi Ikoiwak, has told The Guardian that irrespective of the huge deployment of security personnel across the State, if the key political actors do not adhere to electoral rules, the entire process might be compromised.

“Everybody should be bothered about security and inflammatory statement made by leaders of the state, because when you are talking about security, it is not only whether you have policemen there, but situations where statements are made to scare people away, creates security situation because people are now scared to do what they are supposed to do,” he said.

He continued: “I cannot say I have security concern in this area and I don’t have in this area. When we talk about security, it may not only mean having security men. It may mean the way we take the election. If we take it as a do-or-die affair, no matter the number of security men you bring, it will still breach security. I think our mindset towards the election should be one that reflects peace, mindset that reflect game not fight”.

A statement from the Government House press unit yesterday said the Peoples Democratic Party (PDP) in Rivers State has warned that if INEC goes ahead to conduct election in a few polling units in Tai Local Council instead of the entire council, then it will become obvious that the electoral commission has a sinister plan to derail the democratic
process in the state.

It will be recalled that Justice Liman of the Federal High Court in Port Harcourt had on Tuesday ordered INEC to ensure that the results of Tai Local Council emanate from the rerun elections in the area.

“It is hereby ordered that the result of the re-run election in respect of the National and the State House of Assembly elections, which the 1st Defendant (INEC) has fixed a date to conduct in Khana, Bonny, Gokana, Andoni, Eleme and Tai Local Government Areas or any part thereof must emanate from the said re-run election,” he said.

APC spokesperson, Mr. Chris Finebone, has warned that any attempt to derail the electoral process will further dent the image of Rivers State and grossly impact on her economic fortunes.

Finebone noted that it was regrettable that Rivers State has been associated with electoral violence, an image which he stressed is contrary to the true characteristic of the people known for their civility and high moral decorum.

“People will see us as violent people, which we are not, if anything goes wrong this time. Nigerians and the world will see us as a person who cannot exercise their franchise without violence. If we continue to have violent elections, it will affect the economy of the State, as most businesses will leave and government revenue will drop. Anything short of peaceful elections will have spiralling economic effect that we cannot afford at this time”.

Iyofor said because of the consequence of not getting it right would be enormous, adequate security arrangements have been put in place by the security agencies to ensure that the elections take place in a peaceful atmosphere devoid of those circumstances that culminated in the inconclusiveness of the March 19 elections.

The Movement for the Survival of the Ogoni People (MOSOP) has urged local political actors to play the game by the rule and eschew politics of intolerance, acrimony and do-or-die.

MOSOP President, Legborsi Pyagbara, also called on security agencies to play their security roles responsibly, professionally and without bias as partiality could cause violence and breach peace, law and order and destroy the credibility and success of the polls.