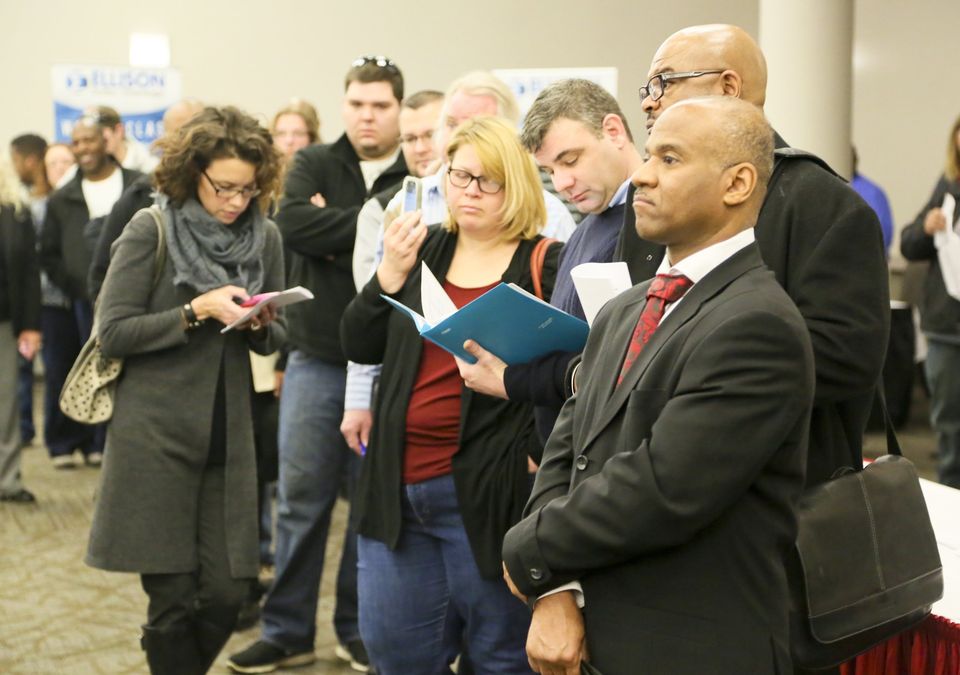 Dec 2 – U.S. employers boosted hiring in November and the unemployment rate dropped to a more than nine-year low of 4.6 percent, making it almost certain that the Federal Reserve will raise interest rates later this month.

Data for September and October were, however, revised to show 2,000 fewer jobs created than previously reported. The three-tenths of a percentage point drop in the unemployment rate last month to its lowest level since August 2007 was both the result of more people finding work as well as dropping out of the labor force.

The report came on the heels of recent data showing the economy growing at a brisk clip in the third quarter, and gains in consumer spending, inflation, housing and manufacturing early in the fourth quarter.

Economists had forecast payrolls rising by 175,000 jobs last month and the unemployment rate unchanged at 4.9 percent.

A pullback in wage growth after two straight months of solid increases put a wrinkle in an otherwise upbeat employment report. Average hourly earnings fell three cents, or 0.1 percent, after shooting up 0.4 percent in October.

The drop lowered the year-on-year gain in wages to 2.5 percent in November from October’s 2.8 percent increase, which was the largest rise in nearly 7-1/2 years. The moderation largely reflects a calendar quirk, which economists expect Fed officials will overlook at their Dec. 13-14 policy meeting.

While a surge in U.S. government bond yields and a rally in the dollar in the wake of Donald Trump’s election as the next U.S. president had tightened financial market conditions, economists said it was probably insufficient for the Fed to stand pat. The U.S. central bank raised its benchmark overnight interest rate last December for the first time in nearly a decade.

Still, the monthly increases are more than enough to absorb new entrants into the labor market. Fed Chair Janet Yellen has said the economy needs to create just under 100,000 jobs a month to keep up with growth in the working-age population.

Trump’s plan to increase infrastructure spending and slash taxes could encourage companies to boost hiring and spur an even faster pace of economic growth over the coming years.

The participation rate, or the share of working-age Americans who are employed or at least looking for a job, fell 0.1 percentage point to 62.7 percent last month, not too far from multi-decade lows, in part reflecting demographic changes.