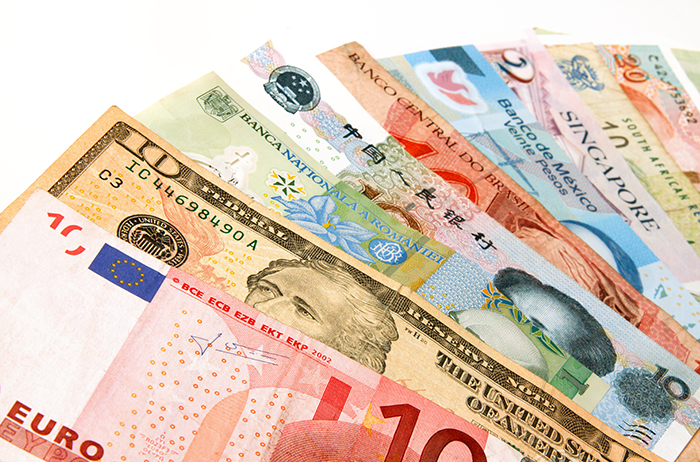 The US economy continues its progress ahead of Federal Reserve rate decision next month, boosting the U.S dollar attractiveness against the majors, especially the Euro and the Yen. Validated by a series of positive economic data released last week, the markets continue to price-in December rate hike. While, businesses and investors are focusing on possible increase in productivity and a stock market rally in 2017, as the president-elect, Trump, plans to increase economic productivity by lowering taxes and increasing job creation.

Still, new home sales dropped from 574,000 in September to 563,000 in October, below general consensus of 591,000, but durable goods sold in the same month rose 4.8 percent. Making it four consecutive months that orders for U.S capital goods has climbed.  However, Trump’s intermittent comments have increased uncertainty and created doubt as to how economies affected by these policies plan to fight back, especially on the issue of Tran-Pacific Partnership trade deal negotiated for 7 years, one the president elected announced he will call off on January 20 — his first day in the office.

Nevertheless, the third quarter preliminary GDP, personal spending data needed to assess the health of consumer spending and ADP non-farm employment change due this week are important in the Fed’s rate decision and the U.S dollar attractiveness in December.

In China, outstanding loans rose from 28 percent to 40 percent of the GDP, as rising property values refused all effort by the policy makers to abate. This continuous rise in the values of real estate in major Chinese cities has led to speculation of possible real estate catastrophe should downturn started.

Even though, industrial profits surged 9.8 percent to 616.1 billion Yuan in October, continuous plunge of the Yuan is likely to sap companies’ profits in 2017 – especially those companies that rely on overseas imports for raw materials. While, increase in prices will bolster China’s inflation rate, mixed business sentiment is likely to weigh on new investment and economic outlook of 2017. This is very important to the Australian economy as China is its biggest trading partner.

In Japan, the Yen continued its decline against major currencies, after investors abandoned the haven currency for the U.S dollar. This is not entirely bad, in fact, it offers the Bank of Japan an opportunity to boost its low consumer prices and enhance its weak manufacturing sector due to low oversea orders (exports). Also, productivity and consumer spending are expected to pick up as exports revamp the manufacturing sector and improve wages.

Overall, global financial markets remain vibrant but with high level of uncertainty and risk. Traders are advised to pay attention to economic data and comments from policy makers as countries like France, Italy, etc. go to the poll. This week, I will be looking to trade EURGBP and my last week pick, AUDUSD and NZDUSD.

The Euro-area is yet to a find lasting solution to Greece financial woe, yet Italy is getting ready for referendum on December 4th. All these coupled with Brexit and weak manufacturing sector are affecting the embattled 19-nation single currency, and with the U.K positive economic data and monetary measures announced to be implemented in order to sustain current job creation and consumer spending. I expect the pound to continue its current progress against the euro this week.

Last week, after a bearish continuation candlestick opened below 20-days moving average and close below 0.8584 support, this pair has confirmed its bearish stance. So, this week I will be looking to sell below 0.8471 support level for 0.8240 target.

This pair rebounded mid-way, following Trump comments on Tran-Pacific Partnership trade deal last week. But for reasons like weak yuan and RBA comments on the danger of high foreign exchange rate on the economy, a situation that is likely to worsen once China imports from Australia start slowing down. Again, the U.S dollar is currently the most attractive currency and expected to remain so for a while, with this, I am compelled to maintain my bearish view on AUDUSD. This week, as long as 0.7505 resistance holds, I am bearish on this pair with 0.7203 as the target.

For a similar reason, I am bearish on NZDUSD this week as long as price remains below 0.7050, outside the ascending channel started over a year ago. I am bearish on NZDDUSD and will be looking to sell on sustained break of 0.6989 support for 0.6771 target.

Naira Falls to N480/$ on Parallel Market on FX Scarcity