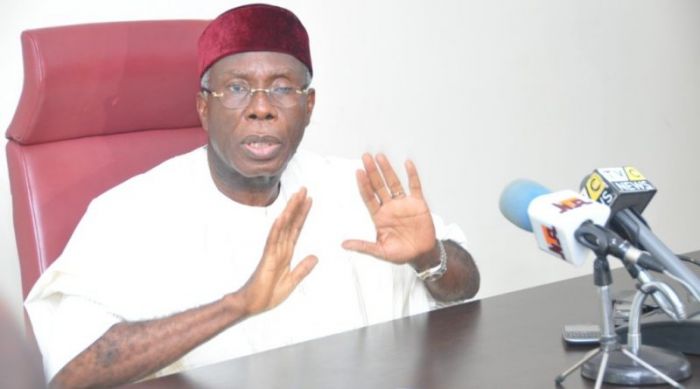 The Minister of Agriculture and Rural Development, Audu Ogbeh, has threatened to disclose names of companies that export sub-standard agricultural produce as part of efforts to reduce the rejection rate by the European Union (EU).

The minister, who issued the threat at a high-level meeting on the validation of Nigeria’s strategy for a single quality control management system and plan for zero rejection of agricultural commodities and non- exports, said the country was developing a zero tolerance for the transportation of sub-standard produce within and outside.

He said: “In order to stem the tide, henceforth government would come down hard on the culprits by naming and shaming individuals and agencies that fail to abide by laid down regulations on standards and quality control in the spirit of anti-corruption and beneficial change for national redemption.”

Ogbeh alleged that some of the exporters circumvent certification and quality control compliance checks by indulging in bribery and other unethical acts in desperate moves to cheat the system and weaken institutions.

“In a globalised world and era of free trade, nothing is more embarrassing and tragic than to continue to have Nigerian goods and food items rejected in the world market. Unfortunately, we have reacted to this event in the past with our usual lack of seriousness,” he remarked.

The minister admitted that the country has never paid serious attention to standards, especially since the dissolution of marketing boards.

He maintained that the concern for standards and quality could no longer be treated with levity. According to him, Nigerians must recognise that there is only one acceptable standard and that remains the global or international yardstick.

Ogbeh lamented that the indifference of the past had endangered the health of customers locally and abroad, stressing that the misadventure was affecting the country through limitation of opportunities for expanded market for agro exports.

He said government was taking urgent steps to address the confidence in order for the country to increase its market share of agricultural and non-oil exports to Europe and other parts of the world.