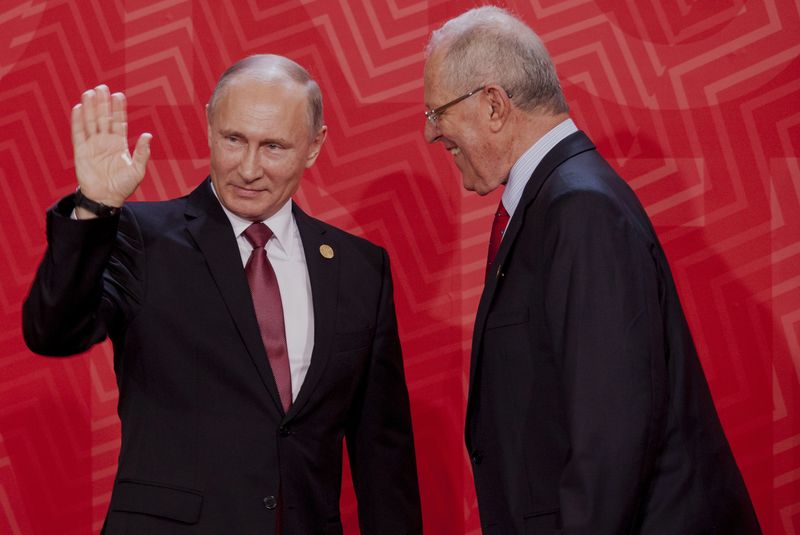 Russian President Vladimir Putin says he sees no obstacles to OPEC reaching an agreement later this month, and Russia is willing to freeze its crude oil output at current levels as he thinks that oil exporters have overcome major differences in their positions.

“Whether an agreement will be reached, I can not say for one hundred percent, but there is a strong likelihood that it will be achieved,” Putin told reporters on Sunday after he attended the Asia-Pacific Economic Cooperation summit in Lima. “Main contradictions within OPEC if not yet eliminated, they can be eliminated.”

After initial negotiations aimed at freezing production failed in April a preliminary deal was reached in Algiers on Sept. 28., which ended a two-year policy of pumping without limits. Although the OPEC pledge to cut output is still due to be finalized, Russia has already added more than 400 billion rubles ($6 billion) to the nation’s budget, thanks to its talks with OPEC, according to two officials familiar with the government’s calculations.

“There is no difficulty for us to freeze production” at current levels, Putin repeated Russia’s position on Sunday.

The world’s biggest energy exporter is struggling to pull out of its deepest recession in two decades after a slump in oil prices and international sanctions over its annexation of Crimea in 2014. In addition to the OPEC talks, closer ties with the U.S. may also help Russia ease pressure on its economy.

During the campaign, now Presiden-Elect Donald Trump called for an alliance with Russia to fight Islamic State and suggested sanctions imposed against Russia over the Ukrainian crisis could be eased. Putin say he is glad to wait to see whether this pledge comes true.

In a recent phone conversation, Trump confirmed his intention to normalize relations between the U.S. and Russia. “For my part, I did the same,” Putin said. They agreed that their staffers will have a meeting before two leaders will meet in person.

Trump is “actively forming his team”, but he has “no official staffers yet”, Putin said. “We will wait. There is still time”.

In fact Putin doesn’t know yet how his relation with Trump will go. Earlier this month he warned that “it won’t be an easy path” to restoring relations. Meanwhile he has his own domestic challenges and the main one is presidential elections in March 2018.

Recent wave of highly publicized criminal cases against governors, deputy ministers and other officials for alleged corruption, fraud and extortion has been described by analysts as one of key elements of Putin’s agenda for re-election, as Russia is still the most corrupt of major world economies, according to Berlin-based Transparency International.

The latest case has rattled the country’s elite. The Economy Minister Alexei Ulyukayev was arrested on bribery charges linked to purchase of the oil company Bashneft by state-controlled oil giant Rosneft. Putin was quick to remove him from the position in the government.

Although Putin says he can’t comment on Ulyukayev case before law enforcement agencies, judicial system, he said that such actions of law enforcers “only strengthen business climate in Russia” and all should know that “the law will be applied to everyone equally”.

Putin also strongly defended his economic policy and rest of the team.

The “regrettable” detention of Ulyukayev, “has not affected my attitude to government in general,” Putin said, adding that he plans to move forward with the privatization of state assets.

“This sad event can’t influence in any way the acquisition of Bashneft stake by Rosneft”, he said. Russia will not abandon plans to sell Rosneft stake as well.

“This will be a direct privatization of state assets”, Putin said. The government and management will work on selling the state stake in Rosneft, he said.