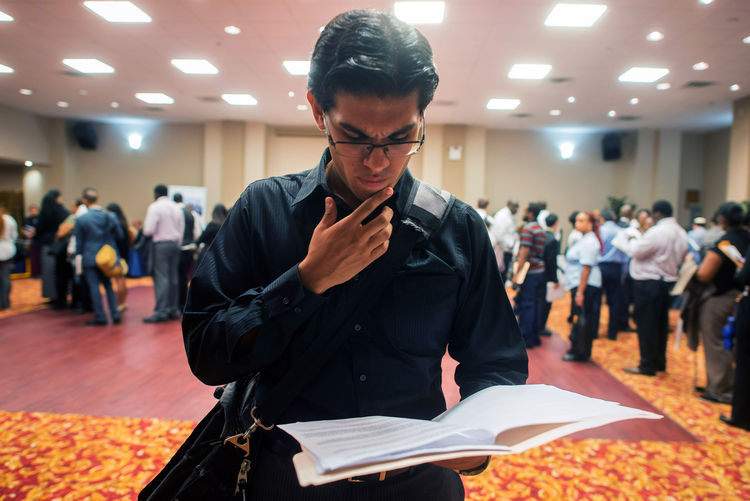 The fewest Americans since 1973 filed for unemployment benefits last week, a sign that the U.S. labor market is getting tighter.

Jobless claims dropped by 19,000 to 235,000 in the week ended Nov. 12, which included the Veterans Day holiday, a Labor Department report showed Thursday in Washington. The median estimate in a Bloomberg survey called for an increase to 257,000. Continuing claims fell below 2 million to a 16-year low.

The biggest drop in initial claims since June suggests employers are loath to fire workers as the economy continues its modest expansion and the number of experienced applicants available for hiring remains limited. Filings for unemployment benefits have stayed below 300,000 for 89 straight weeks — the longest streak since 1970 and a level typical for a healthy labor market.

“We’re exhausting the pool of workers that we can draw from out of the unemployed,” said Patrick Newport, an economist at IHS Global Insight in Lexington, Massachusetts. “We’re approaching full employment, so we’re seeing really strong job gains, but they can’t continue for very long.”

The four-week average of claims, a less-volatile measure than the weekly figure, declined to 253,500 from 260,000 in the prior week.

The number of people continuing to receive jobless benefits dropped by 66,000 to 1.98 million in the week ended Nov. 5. The unemployment rate among people eligible for benefits fell to 1.4 percent from 1.5 percent. These data are reported with a one-week lag.

No states had estimated claims last week and there was nothing unusual in the data, according to the Labor Department.

Though applications for unemployment insurance are at historic lows, there are other factors that have pushed claims down in recent years, including cuts in the duration of benefits and changes to claim-filing technology.