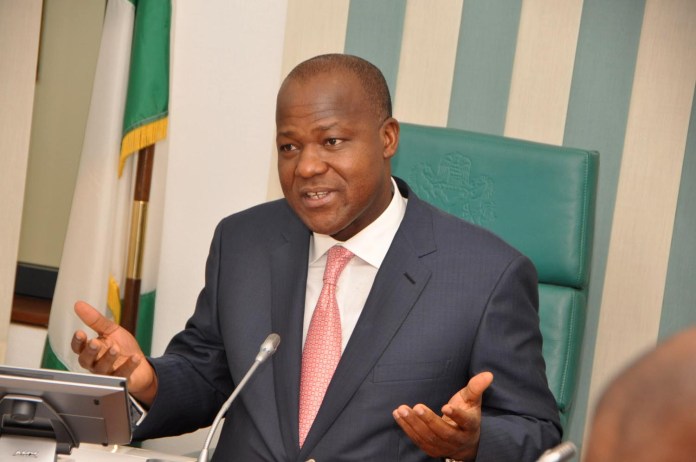 The Speaker of the House of Representatives, Hon. Yakubu Dogara, has disclosed that the federal government will refund about N20 billion to each state for funds they had spent on federal projects in their states.

Dogara made the disclosure when he paid a courtesy call on the traditional ruler of Ogwuekpele in Anambra State, Igwe Valentine Onyema Ogidiga, at the weekend.

According to a statement by his Senior Special Assistant on Media and Publicity, Mr. Iliya Habila, Dogara urged the states to further deploy the funds to providing more critical infrastructure when they get the refund.

“With regard to debts being owed the states, I can announce that very soon, a chunk of that money will be given to the states. It is being processed and I know that no state will get less than N20 billion from the money that is coming.

“That will be something substantial in the hands of the governors.They will be able to translate that money into development so that they support the diversification programmes of the federal government,” Dogara said.

He also addressed the concerns expressed by the traditional ruler on decaying infrastructure in the state, promising that the federal government was planning massive investment in infrastructure.

“Without capital you cannot invest, so these are the two things that this government is devoted to. By doing so, Nigerians can have enough capital, they will get the needed infrastructure for the establishment of functional industries, for the evacuation of either solid minerals or agricultural products,” he assured his host.

Efforts to get the Minister of Finance, Mrs. Kemi Adeosun, to confirm the release of N20 billion to the states as refund for monies spent on infrastructure projects proved abortive as she did not answer her calls.

However, a senior official in the ministry said he was unaware of plans by the federal government to pay at least N20 billion to the states.

He said: “The ministry is not aware of this plan. What we know is that claims have been made by the states on monies spent on federal projects.

“On this, the Minister of Power, Works and Housing, Babatunde Fashola, was appointed chairman of a review committee to verify these claims. The committee is yet to submit its report. So we are not aware of where the speaker got his information from.”

In another development, the Deputy Speaker of the House of Representatives, Hon Sulaimon Lasun Yussuff, has called on Nigerians to support the Muhammadu Buhari-led administration’s efforts to pull the country out of the current economic recession.

Speaking during the Ilobu Day celebration in Osun State, Yussuff noted that Buhari was working to ensure that the country attains food sufficiency.

“It is wrong spending several trillions of naira on the importation of rice annually, whereas we could produce some of these agricultural products and even export them for foreign exchange. The president is making frantic efforts on how to correct these anomalies,” he said.

Yussuff also assured the people of Osun that rehabilitation work would soon commence on the Osogbo-Ogbomosho federal road.