The ministries of Finance and Budget and National Planning as well as the Debt Management Office have begun working on the details of President Muhammadu Buhari’s $29.96bn external borrowing plan following its rejection by the Senate on Tuesday.

The request for legislative approval for the borrowing plan covering 2016 to 2018 was rejected by senators during Tuesday’s plenary after the Majority Leader of the Senate, Senator Ali Ndume, moved the motion that the request be subjected to a debate, and the President of the Senate, Dr. Bukola Saraki, put the motion to a voice vote twice.

One of our correspondents gathered from the Presidency that jolted by the lawmakers’ action, the leadership of the ministries of Finance and Budget and National Planning as well as the DMO immediately met to work on the details of the external loans with a view to going back to the Senate with a more detailed document.

Buhari had written to both chambers of the National Assembly to approve the external borrowing plan for the execution of key programmes and infrastructural projects across the country.

The President also sought legislative approval for the virement of N180.8bn in the 2016 budget to cater for needed votes by some sectors of the economy.

A source close to the leadership of the Senate, who declined to be quoted, however, told journalists that the lawmakers declined to grant the request due to inconsistencies on the part of the Executive.

He pointed out that just like the Executive sent the 2017-2019 Medium Term Expenditure Framework and Fiscal Strategy Paper to the legislature with missing details, the proposal on the loan lacked adequate information.

The source specifically noted irregularities in the first and last paragraphs of the President’s letter to the National Assembly.

The first paragraph read, “I wish to refer to the above subject and to submit the attached draft of the Federal Government’s 2016-2018 external borrowing (rolling) plan for consideration and early approval by the National Assembly to ensure prompt implementation of the projects.”

The official, however, said the President failed to attach the draft of the plan.

The last paragraph read, “Given the emergency nature of these facilities and the need to consolidate the peace and return the region (North-East) to normalcy, and considering the time it will take to get National Assembly’s approval, it has become inevitable to request for the National Assembly leadership’s approval pending the consideration and approval of the 2016-2018 borrowing plan by the National Assembly to enable us disburse these funds immediately.”

This, the source said, meant that the Executive was making anticipatory request for a process it had not started.

Ndume, while addressing journalists after the plenary, confirmed that the Senate turned down the request on “technical” grounds, adding that the lawmakers were not furnished with the necessary details contrary to what the President said in his letter.

The Senate Leader said, “The borrowing plan was technically rejected. You could see that I was shocked as the leader, because I am the chief marketer. They rejected the product and I am thinking of trying to sell it again and rebrand it.

“One of the technical things that was missing there is that, even if you read the letter, it said ‘attached is a draft’ but there was no attachment. These are the kinds of lapses we are trying to look at.”

Buhari had stated in his letter that the money would be expended on infrastructure in agriculture, health, education, water supply, growth and employment generation, and poverty reduction through social safety net programmes, among others.

While reacting to the rejection of the plan, the Presidency said it had noted the issues raised by the Senate and that it would provide additional information as requested by the legislature.

The Senior Special Assistant to the President on National Assembly (Senate), Senator Ita Enang, told journalists that the decision of the Senate should be respected.

He said, “We are not disputing with the distinguished Senate. There are certain information and details, which will enable them to consider in detail and appropriately the request of Mr. President as contained in the plan.

The Director-General, DMO, Dr. Abraham Nwankwo, said that the Federal Government would not have difficulties repaying the proposed $29.9bn loan.

The DG, while providing clarifications on the proposed $29.9bn foreign loan request, said on a Channels TV’s Sunrise Daily that the loan, which covers a period of three years, would help in addressing the biting infrastructure deficit in the country.

A statement by the Special Adviser on Media to the Minister of Finance, Mr. Festus Akanbi, quoted Nwankwo to have said that the lower interest rate of 1.5 per cent attached to the loan as well as its long repayment period would make it easy for the government to repay it.

Bank Directors Advocate for Improved Corporate Governance In The Sector 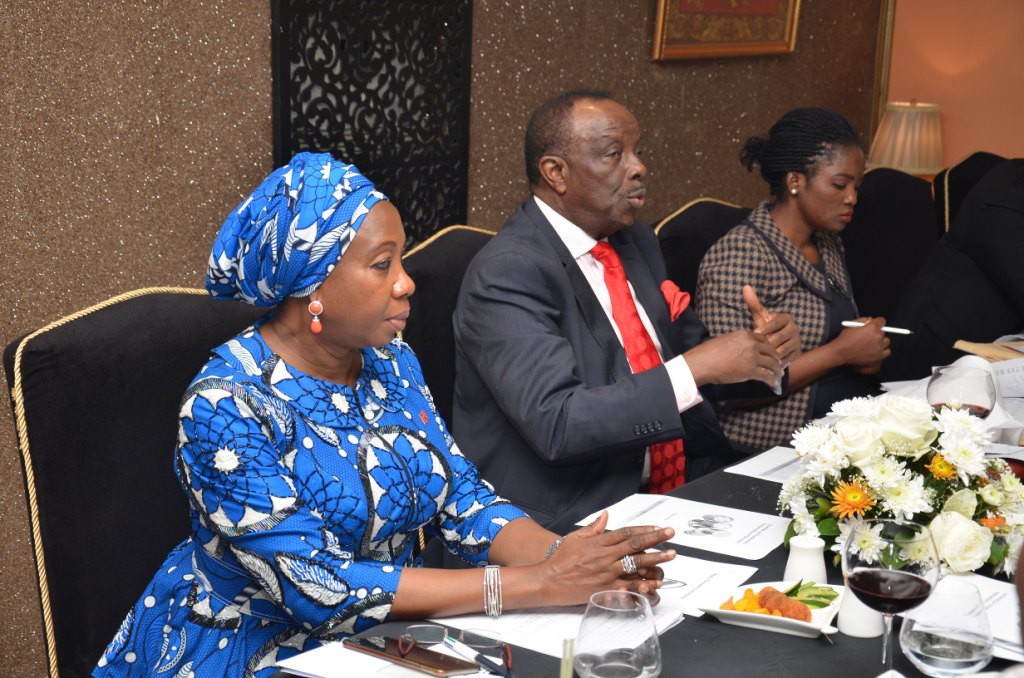 The President, Bank Directors Association of Nigeria, Mrs Osaretin Demuren, has called on bank directors to enhance their corporate governance practices to ensure stability and accountability in the banking sector.

She said this during BDAN’s 24th annual general meeting in Lagos on Wednesday.

According to her, it is important to ensure that the appointment of directors is properly approved and that only qualified candidates are appointed.

She added, “We have gone beyond banking where banks should be owned by individuals. Once that is out of the way, then corporate governance can be entrenched.

“But when you have an individual, whether directly or indirectly behind, then it is now left to the regulator or the nation to call that person to order.”

The BDAN president, who was set to step down, had her tenure extended by the council and members by another 90 days pending an election and appointment of a new president.

In her opening remarks, she said, “I took over as the president of BDAN in October 2018, at the 21st annual general meeting.

“Since assuming office, I can confidently say that with the support of my colleagues, we have been able to deliver on the mandate of the association by increasing members’ participation, increase in revenue as evident in our financial statements and improved quality of our programmes.

”There is still more to be done notwithstanding especially with regards to advocacy with the regulators. I am sure whoever takes over as president will further deliver on our aspirations.

“I am therefore informing this meeting that this is the last meeting I will be acting in the capacity as president as my tenure as the chairman of Guaranty Trust Bank has come to an end and we are in a transition period.

“In view of this, we will also have a transition period where I will be speaking with my colleagues chairmen of banks on who will be my successor.”

She assured that members would be carried along throughout the process. 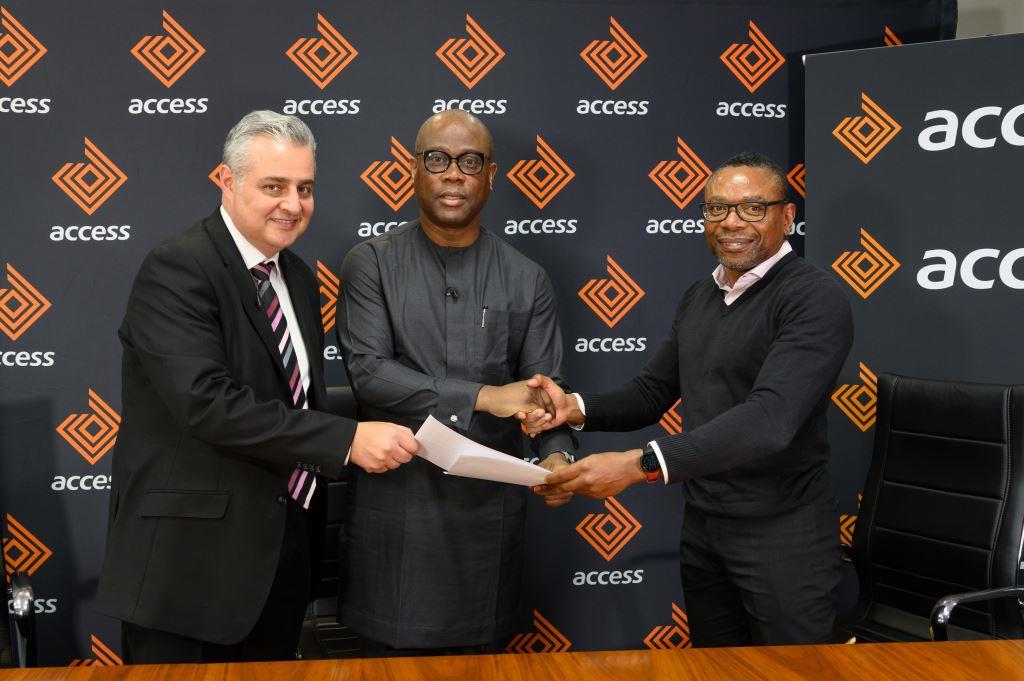 According to the statement, at an official closing ceremony in Sandton on Monday, top executives of the two banks were upbeat about new opportunities for clients, noting that the bank would continue to support all its stakeholders while opening doors to growth opportunities both in the short and long term.

The Chief Executive Officer, Grobank, Bennie Rooy, said, “This is an extremely exciting day for the South African banking industry.

“Our corporate customers will now have increased access to trade finance, treasury, international payments and loans through the wider distribution network offered by Access Bank’s presence in the key trade corridors that connect Africa to the rest of the world.”

Banking with Access Bank South Africa, he added, meant greater security as well as access to more products and services through a best-in-class digital platform, and a full retail banking suite will soon be on offer.

Zenith Bank Plc, Nigeria’s most profitable lender, reported another strong profit after tax of N53.060 billion in the first quarter (Q1) of 2021.

In the unaudited financial statement obtained by Investors King, the amount was higher than the N50.5 billion achieved in the first quarter of 2020.

The lender paid N7.962 billion in income tax in the first quarter of 2020, while profit after income tax deduction stood at N53.060 billion.

Zenith Bank gained N5.698 billion from foreign currency translation differences and another N1.387 billion from fair value movements on equity instruments to bring other comprehensive income for the quarter to N6.065 billion.

“This is expected to be supported by local and international COVID-19 vaccination campaigns, rising commodity prices, and global economic growth of up to six per cent, as estimated by the International Monetary Fund (IMF).

“The Group will continue to position itself to take advantage of positive developments in the domestic and global economy to deliver improved financial performance and returns to all its stakeholders,” Zenith Bank noted.